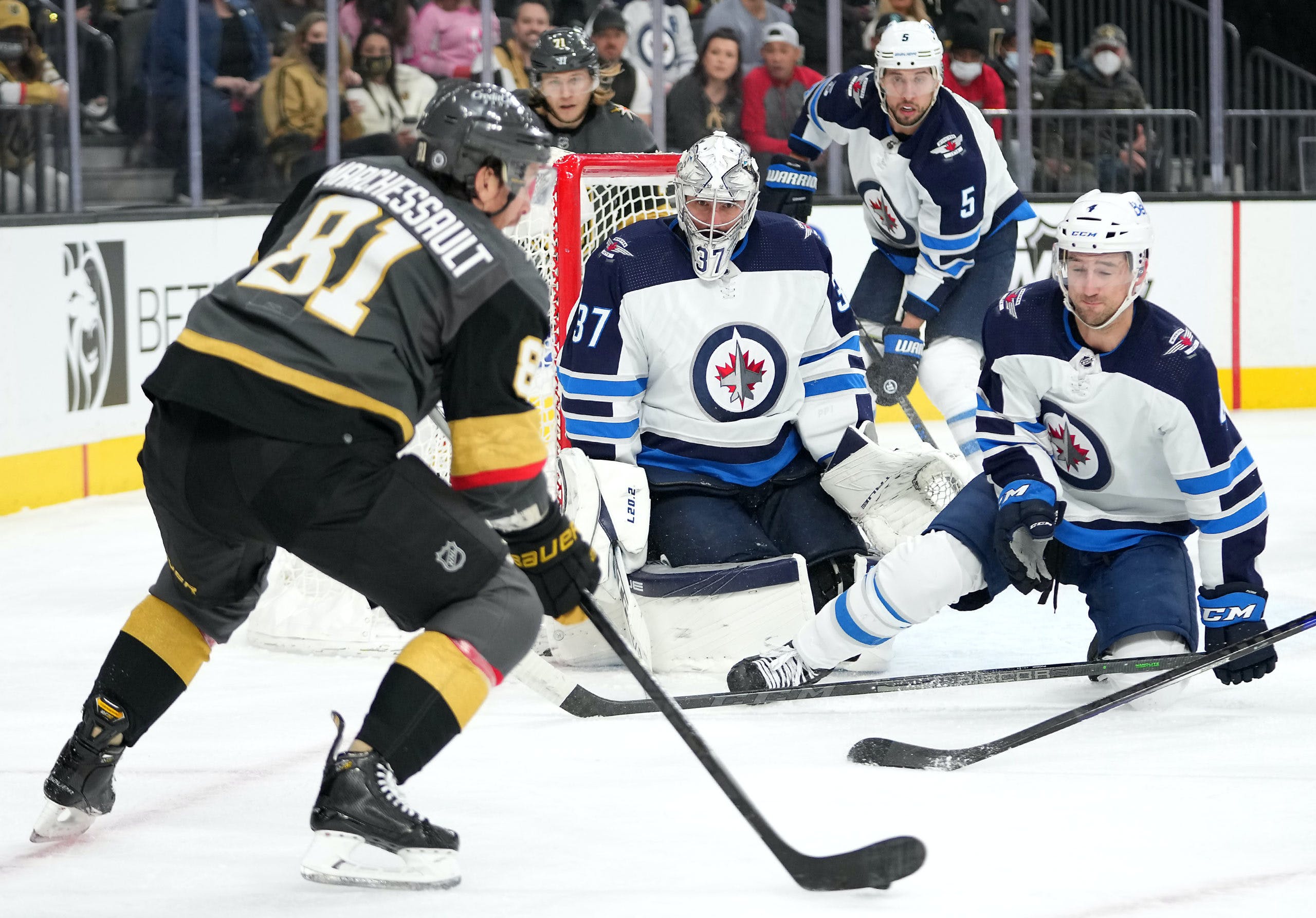 By Angus Hout
8 months ago
The Winnipeg Jets are coming off a massive 4-3 overtime victory over the St.Louis Blues. Thanks to a massive 3-on-0 save in the extra frame from goaltender @Connor Hellebuyck, this team earned its third overtime victory of the season.
Since Winnipeg currently sits four points back of the Vegas Golden Knights for the final playoff spot, there’s no question Tuesday’s contest is one of the most meaningful of 2021-22. With a regulation win and a Dallas Stars loss, this franchise would move just two points back of that second wild-card seed.
I feel dirty saying this but, let’s go Toronto Maple Leafs.
On the betting side, I enjoyed a pretty successful night, hopefully you did too, as I went 4-for-6 on the night. Let’s hope for continued success during this highly-anticipated bout at Canada Life Centre.

The Jets have been playing the way we expected them to over the last month. In their last 10 games, they’ve performed to a 5-3-2 record. Overall, this club features a 27-23-10 record and 64 points this season.
Hellebuyck is expected to make his league-leading 51st start of the season Tuesday. The 6’4″ goaltender enters this contest owning a 20-21-9 record, a 2.99 goals-against average and a .908 save percentage.
Winnipeg will once again be without @Cole Perfetti (lower body), @Kristian Reichel (lower body) and @Nathan Beaulieu (lower body). Additionally, @Andrew Copp is currently a game-time decision.
All-Star @Kyle Connor leads the Jets in goals (37) and points (69) – Super Bowl champion Rob Gronkowski’s favourite number. Captain @Blake Wheeler holds the team share in assists (35).
In the last five meetings between these two clubs, the Jets have been victorious four out of those five times.

What You Need to Know About the Golden Knights

Despite entering Tuesday’s showdown with a 32-25-4 record and 68 points the Golden Knights are barely holding onto a playoff position, and are currently riding a four-game losing skid.
Former Jet @Laurent Brossoit is projected to start against the Jets. The last time he faced his old organization was on Jan. 2, 2022, where he allowed five goals on 37 shots against. This season, Brossoit possesses a 10-8-3 recond, a 2.78 goals-against average and a .899 save percentage.
The Golden Knights are currently missing a good portion of their team. They will be without @Reilly Smith (undisclosed), @Robin Lehner (lower body), @Brayden McNabb (upper body), @Alec Martinez (undisclosed), @Mattias Janmark (upper body), @Mark Stone (lower body), @Brett Howden (undisclosed) and @Max Pacioretty (undisclosed).
@Jonathan Marchessault leads Vegas in goals (25) and points (47). @Chandler Stephenson leads the team in assists (31).