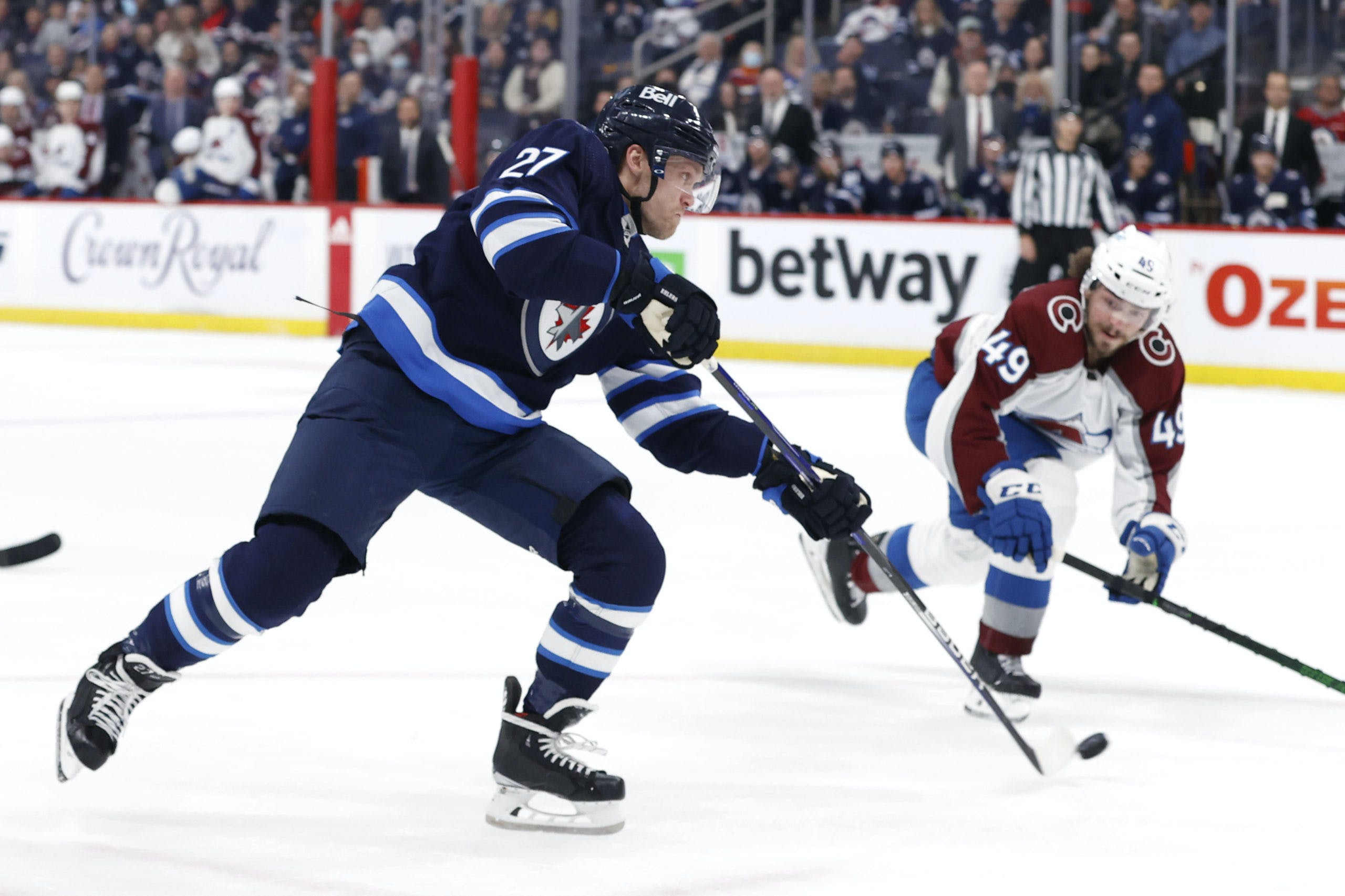 By Angus Hout
1 month ago
The Winnipeg Jets are coming off a disappointing 4-1 loss to the Dallas Stars but the boys from Winnipeg are looking to put that behind them as the Jets will be taking on the reigning Stanley Cup champions the Colorado Avalanche. Tonight’s game starts at 7:00.The Jets would start the game hot in Dallas but would cool after quickly after Mark Scheifele’s rocket goal.
If the Jets want to beat the Avalanche they will need to show up for more than 15 minutes.  The Jets got out to a solid start against the Dallas Stars, if they could start that way and stay that way the boys in blue will have a chance to win this game. The Avalanche haven’t given much of a reason to have fans or other teams lower expectations they are still a great team and should be respected as such. If the Jets can take away space in front of the net from the Avs offence and can complete simple passes in the neutral zone they should be able to get more chances to get the puck on the net.
Editorials
Jets News
Uncategorized
Recent articles from Angus Hout