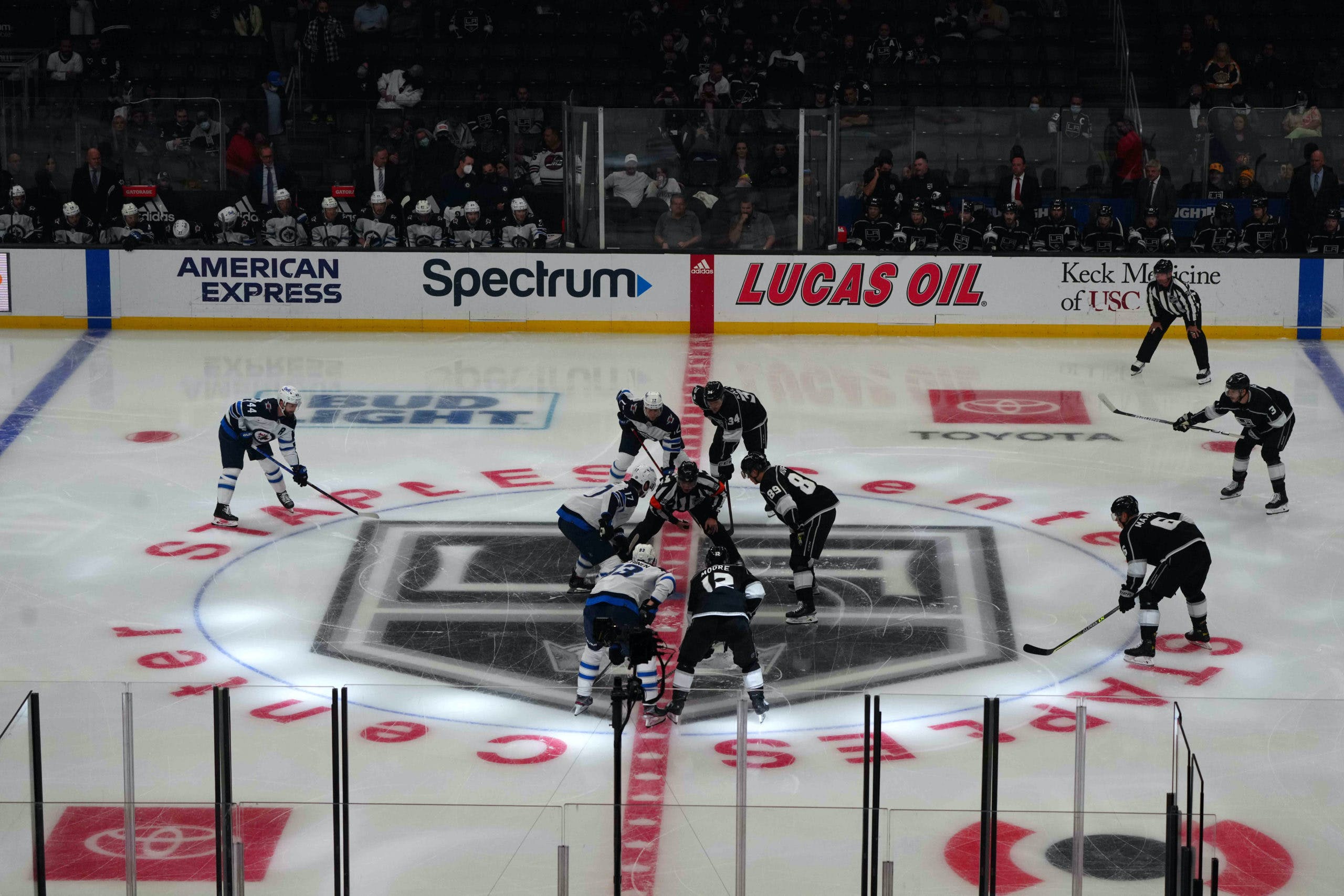 By Angus Hout
1 month ago
The Winnipeg Jets are coming off their most successful game of the season and have improved their record to 3-3. The Jets would defeat the St. Louis Blues 4-0 handing them their first loss of the season. Connor Hellebuyck would pick up his first shutout victory of this season. The Jets penalty kill was perfect killing both penalties which is huge as the penalty kill hasn’t been great this season. Unfortunately, the Jets were unsuccessful with the man advantage. But that doesn’t matter much because the Jets were able to set up and look good with the man advantage the puck will find its way into the back of the net with the boys trying so hard with the powerplay. A note of concern for the Jets overall this season is their face-offs the Jets have the 25th worst face-off percentage in the NHL only winning 46.7 percent of them. It’s not a do-or-die stat but starting with the puck more often will ease the minds of fans.
The LA Kings also have a .500 record going into this they own a 4-4 record and are coming off a 4-2 victory over the Tampa Bay Lighting.
The Goaltending difference between LA and Winnipeg is night and day. Hellebuyck is 3-2 this season with a shutout win and holds onto a 2.20 goals against-average. Where two-time Stanley Cup champion Jonathan Quick has a 2-3 record and has a 3.59 goals against-average. and .893 save percentage. Quick has gone back and forth on wins this season and is coming off a win.
Once again the Jets are going in as the underdog when it comes to the special teams the Jets power play has only been successful 10.5 percent of the time, whereas the penalty kill is successful 73.3 percent of the time. The LA Kings power play is only slightly more successful at 16.2 percent and their penalty kill sits in the middle of the road at 80.6 percent.
On October 26th Morgan Barron would talk about the fact the Jets haven’t gone on a winning streak yet this season. One could expect the Jets will be coming out of the gates hot against The LA Kings. LA is a team that will go white hot and then go cold, they will win a few in a row and then drop a few in a row thanks to their backup goalie Cal Petersen.
The Jets would win two of three games against the kings last season Pierre-Luc Dubois would score the most goals against the Kings last season with two. The Jets would outscore the kings 8-7 last season.
Leading the Jets in goal scoring is Mark Scheifele with four goals. Neal Pionk and Sam Gagner are behind Scheifele with three goals each. Josh Morrissey leads the team with assists with five. Cole Perfetti, Pionk and Morrissey lead the team in points with five each.
My player to watch tonight is Kyle Connor. The Man was buzzing against the Blues and Toronto Maple Leaf. Connor should find the back of the net sooner rather than later and score his second goal of the season.
Scott Arniel is going to be the bench boss again Rick Bowness is going to miss this road trip he’s still dealing with COVID-19 systems.  Logan Stanley who had one of his best games in his NHL career will be out of action tonight after blocking a shot Dylan Samberg will slide on into his spot.  Nikolaj Ehlers is going to be going on this road trip but might not play but could get on the ice for some practice time.
If you’re looking to make a little money off of the Jets tonight Points Bet Canada is the place to bet. The Jets are +125 on the money line tonight. If you’re feeling the Kings pulling off a victory they are -145 on the money line.
Editorials
Jets News
Uncategorized
Recent articles from Angus Hout