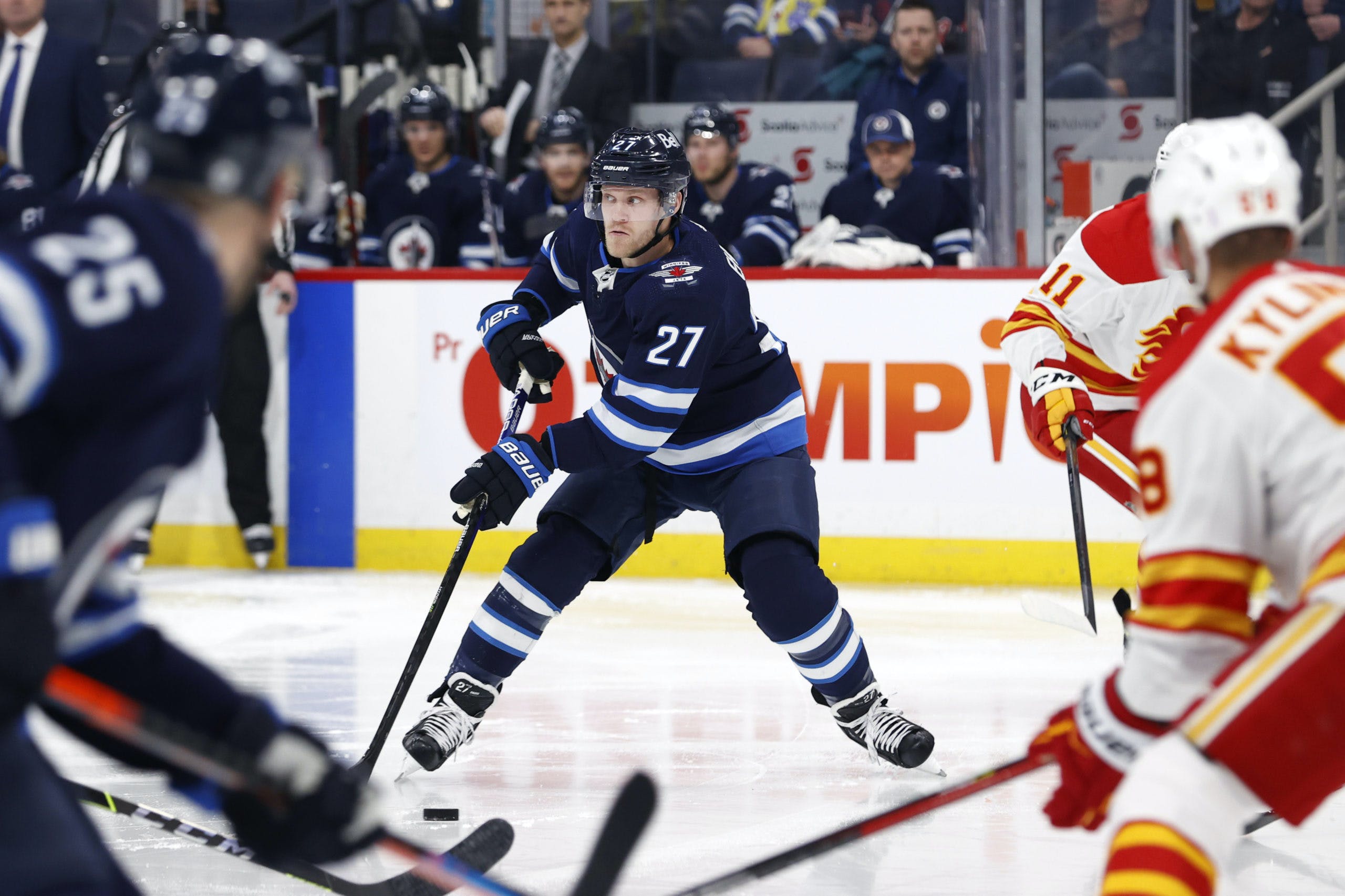 By Angus Hout
1 month ago
It’s the final preseason game for the Winnipeg Jets and the Calgary Flames. The Jets will wait exactly one week to play their first game of the season. Before we get to the game between the Jets and New York Rangers on October 14th at Canada Life Centre. The Flames are going to be mad and will most likely look for some revenge after they took a 5-0 beating from the Jets on October fifth. I know the preseason doesn’t mean but to watch exciting hockey where the Jets took the Flames behind the shed in the second and third periods it was great to see as a Jets fan. @Dominic Toninato’s goal out of the box was the highlight of the night for me.
I’d be a fool not to mention Save of Large Magnitude Dave, @David Rittich must be on a revenge tour this year when it comes to the Flames. The man played Phenomenal hockey and would stop 37 of 37 picking up his first shutout as a Jet. I am still annoyed that neither @Nikita Zadorov or Nazem Kadri saw any sort of discipline from player safety. Kadri would have a dangerous hit on @Cole Perfetti in the third, and Zadorov still  has beef with @Mark Scheifele from their time in the OHL. Zadorov would cross-check Scheifele in the face with his stick.  I’d be a fool not to mention It was a fun preseason game through and through and tonight’s game should have some extra grit.