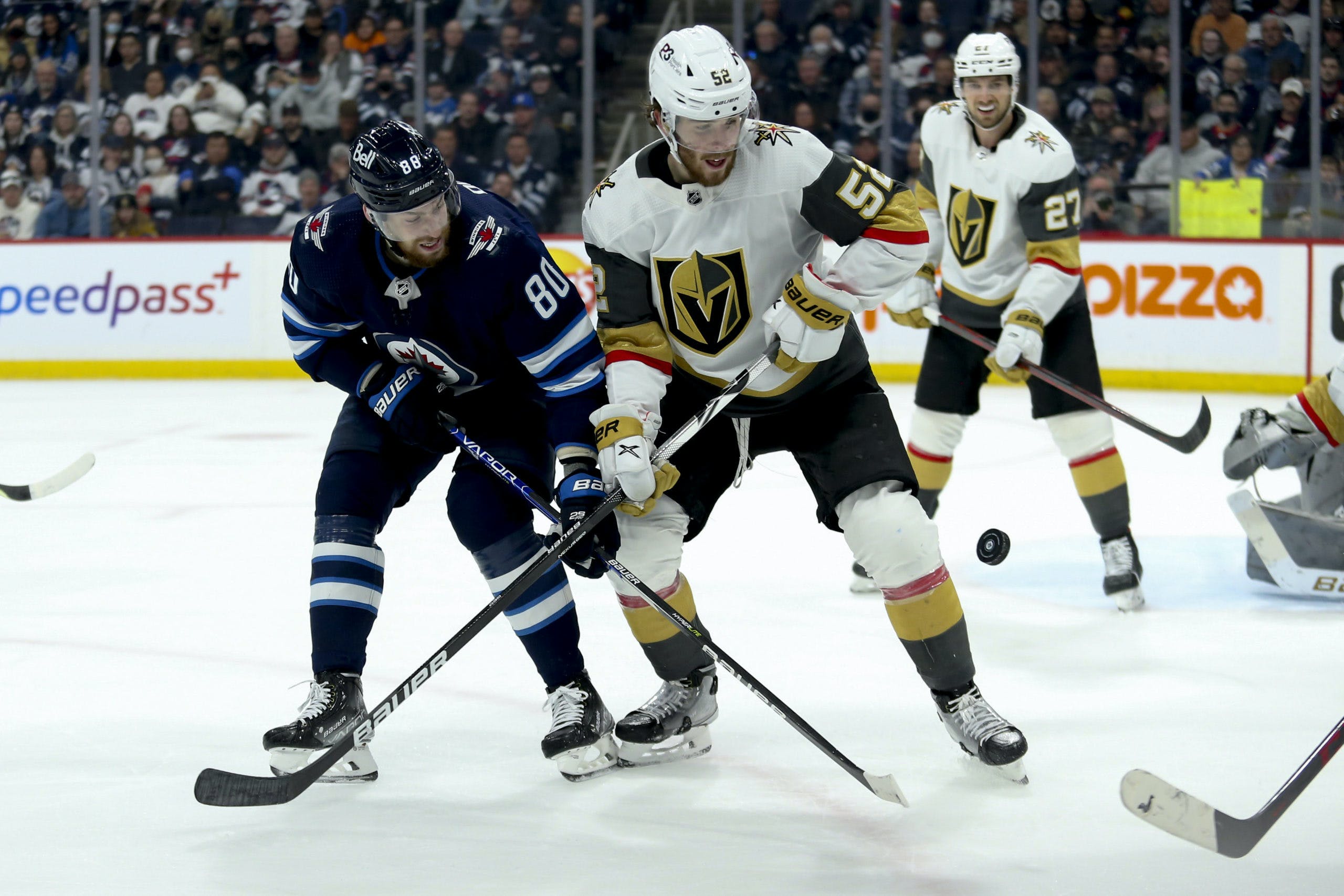 By Angus Hout
1 month ago
It has been a long while since the Winnipeg Jets were looking this good. The Jets are 5-3 to start the season and are currently second in the Central division. The Winnipeg club has a plus two goal differential and they keep winning games where they have really slow starts.  The Jets were outshot in the first period 9-7 against the Arizona Coyotes and thanks to two quick goals from Christian Fischer the Jets would find themselves down 2-1. The boys would rally together, outshoot the Coyotes 27-11 in the final 40 minutes of play, and get them to draw three penalties against the Jets in the last regulation period. The Jets still need to work on their faceoffs as they would only win 40.7 percent against the Desert Dogs.
The Jets will be finishing off a three-game road trip and will be playing the Vegas Golden Knights for the second time in ten days. Vegas is the second-best team in the NHL right now with a 7-2-0 record. The Golden Knights are coming off a 4-0 victory over the Anaheim Ducks. Both teams in tonight’s match-up are looking for their fourth straight win.
Connor Hellebuyck will be tested tonight as he is starting in the net for the Jets. Hellebuyck has looked elite to start this season. He has picked up a shutout victory, has a record of 4-2-0, and owns a 2.50 goals against-average with a .925 save percentage. The 6’4″ goalie looks impressive and looks to have his confidence up early on.
Logan Thompson will be Hellebuyck’s adversary in tonight’s contest. Thompson has been even more brilliant than Hellebuyck to start his season. He has a 4-2-0 record with two shutouts already. The goalie for Vegas has a 1.69 goals-against average and a .943 save percentage. These are just mind-blowing numbers. We should also remember Thompson has only played in 26 career games. Hellebuyck has played 14.88 times more games than Thompson, where Hellebuyck has played 387 career NHL games.
If you noticed last game there were some line changes Mark Scheifele has moved down to play with his old buddy Blake Wheeler and Cole Perfetti. Pierre-Luc Dubois will center Mason Appleton and Kyle Connor. These lines will stay together to start tonight’s game.
Josh Morrissey leads the Jets in points with eight all of which are assists. Scheifele is on pace for 60 goals through eight games and is tied for eighth in goals. This means the first ever pick by the Jets leads the team in goals with six.
The Jets’ special teams are lacking success the power play sits at just 13.8 percent. If it makes you feel better the Columbus Blue Jackets have been successful zeros times on the power play. The penalty kill slowly gets better they have been killed 79 percent of penalties. It’s not too bad it is 23rd in the NHL but they have been building on success.
The Golden Knights haven’t been much better than the Jets with their penalty kill, they have only been successful 77.3 percent of the time. The Knights’ power play isn’t good but they are significantly better they have scored on 20.7 percent of their power plays.
Logan Stanley and Nikolaj Ehlers will miss tonight’s contest they are both still dealing with injuries. Ehlers should be back within the next game or two. Former Jet Laurent Brossoit is the only injured Golden Knight.
Kyle Connor is my Player to watch tonight, the man has been so close more times than I can count. The shake-up with the lines might be the thing he needs. Points Bet Canada has an anytime goal from Connor at +165.
If you are betting tonight you should know the current odds have the Jets winning on the money line at +180 and the Golden Knights winning on the money line at -221.
Editorials
Jets News
Uncategorized
Recent articles from Angus Hout