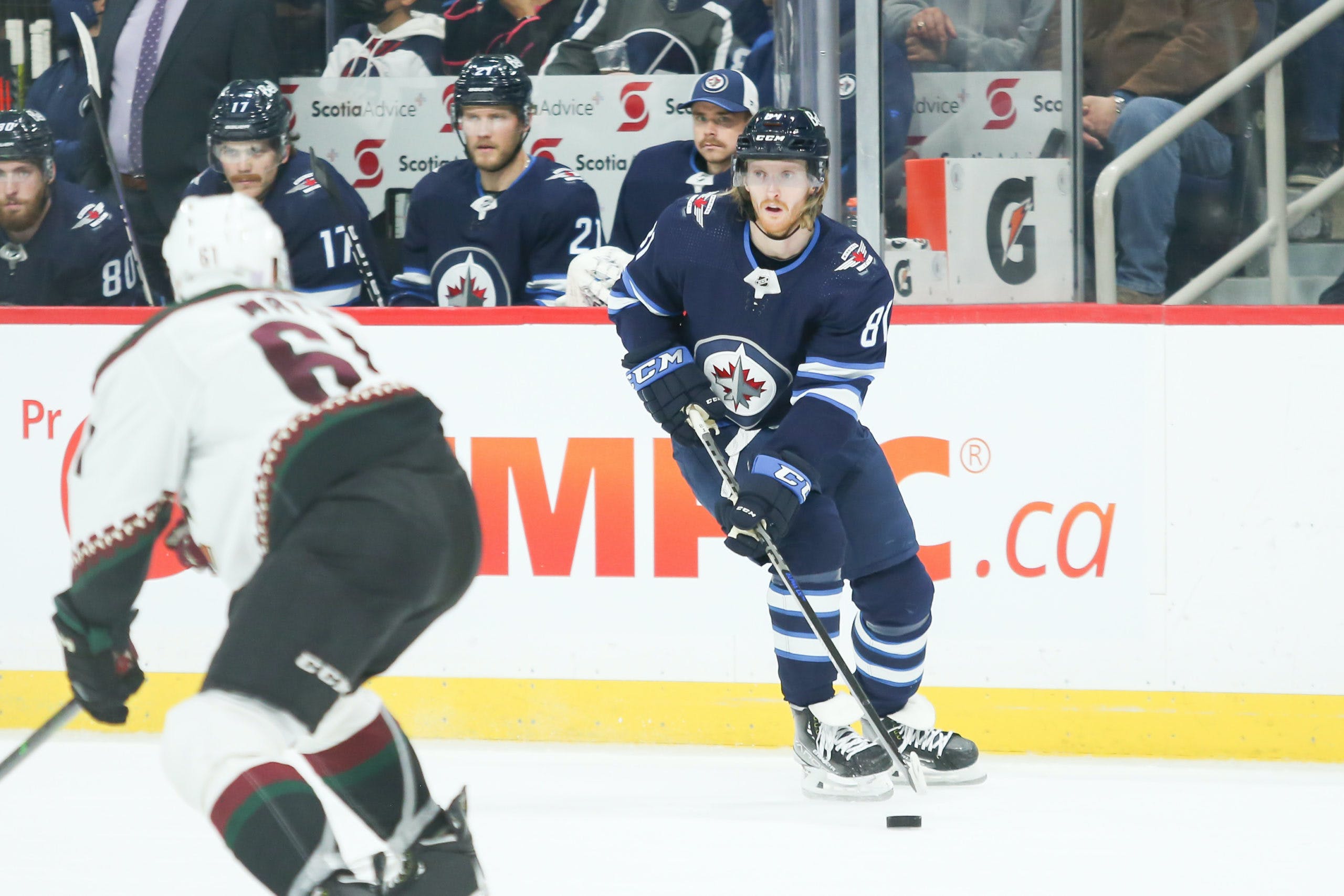 By Angus Hout
25 days ago
The Winnipeg Jets are coming off their least deserving win of the season over the LA Kings. The Jets were outshot 16-1 at one point in the first period. Thankfully Mark Scheifele would score on his first shot of the game. But the Kings didn’t care they would score three goals in the first period. The Jets were also undisciplined in the first period they would take four minor penalties in the first 20 minutes. Thankfully the Jets’ penalty kill was on last night they would kill three of four. But the Jets would wake up during one of the penalty kills when David Gustafsson would set up Adam Lowry for a beautiful short-handed goal. Pierre-Luc Dubois would score on the power play and tie the game. Nate Schimdt would score his first of the season with a little over a minute and give the Jets their second lead of the game. Axel Jonsson-Fjallby would score the game-winning goal for the Jets which was his first goal as a Jet. It was a weird game where I’m sure many of you shut the TV off after a bad start and the fact it was such a bad start. This Jets team can score the first goal but after they forget how to play for each other and they end up looking like a bunch of eight-year-olds who had a bunch of candy and were playing without a coach. I don’t know how this team can look like Stanley Cup contenders one night and then barely pick up a win the next. The Jets would only get 19 shots on the net and would allow 44 against. Thank Gord for Connor Hellebuyck the Jets would be in a bad spot without him.
After playing like an absolute stallion Connor Hellebuyck will get the night off and we should expect to see David Rittich in the net tonight for the Jets. Big Save Dave didn’t have a great first game as a Jet he would lose to the Vegas Golden Knights and would allow four goals against in the first period but would stop everything else from Vegas. In Rittich’s career, he has a record of 70-44-20 a 2.91 goals-against-average and a .905 save percentage. According to statmuse.com  Rittch has only played two games against the Arizona Coyotes he has a record of 1-1-0 against them and owns a 2.45 goals against-average and a .917 save percentage.
Karel Vejmelka should start between the pipes for the Arizona Coyotes. In four games this season Vejmelka has a 1-3 record, averages 4.77 goals against and has a .877 save percentage. Don’t let those numbers fool you Vejmelka has a 1-1-1 record against the Jets he has seen 130 from the Jets and only allowed four goals in three games one of those games was a shutout victory. This means he has a .970 save percentage against the Jets.
The Jets would win three of four games against the Coyotes last season and would outscore the Yotes 10-6. The Jets have only lost four games to the Coyotes since 2017.
Shayne Gostisbehere leads the desert dogs in goals (five) and in points (eight) in six games. Josh Morrissey leads the Jets in points with seven all of which are assists, Mark Scheifele leads the team in goals with five.
Dylan DeMelo would miss a couple of wide-open nets last night against the Kings the guy was buzzing in offensive situations so he is my player to watch tonight.
The lines for the Jets are staying the same as they were last night against the Kings. The Coyotes will be without Jakob Chychrun and Nick Schmaltz.
Even with the Jets playing late-night back-to-back games the odds on the Coyotes are still not great, the odds are only +125 for them to win on the money line on Sports Bet Canada. It might have something to do with the fact the Coyotes are playing their first-ever home game at the Mullett Arena in Tempe Arizona. For the Jets on the money line they are -145.
Editorials
Jets News
Uncategorized
Recent articles from Angus Hout