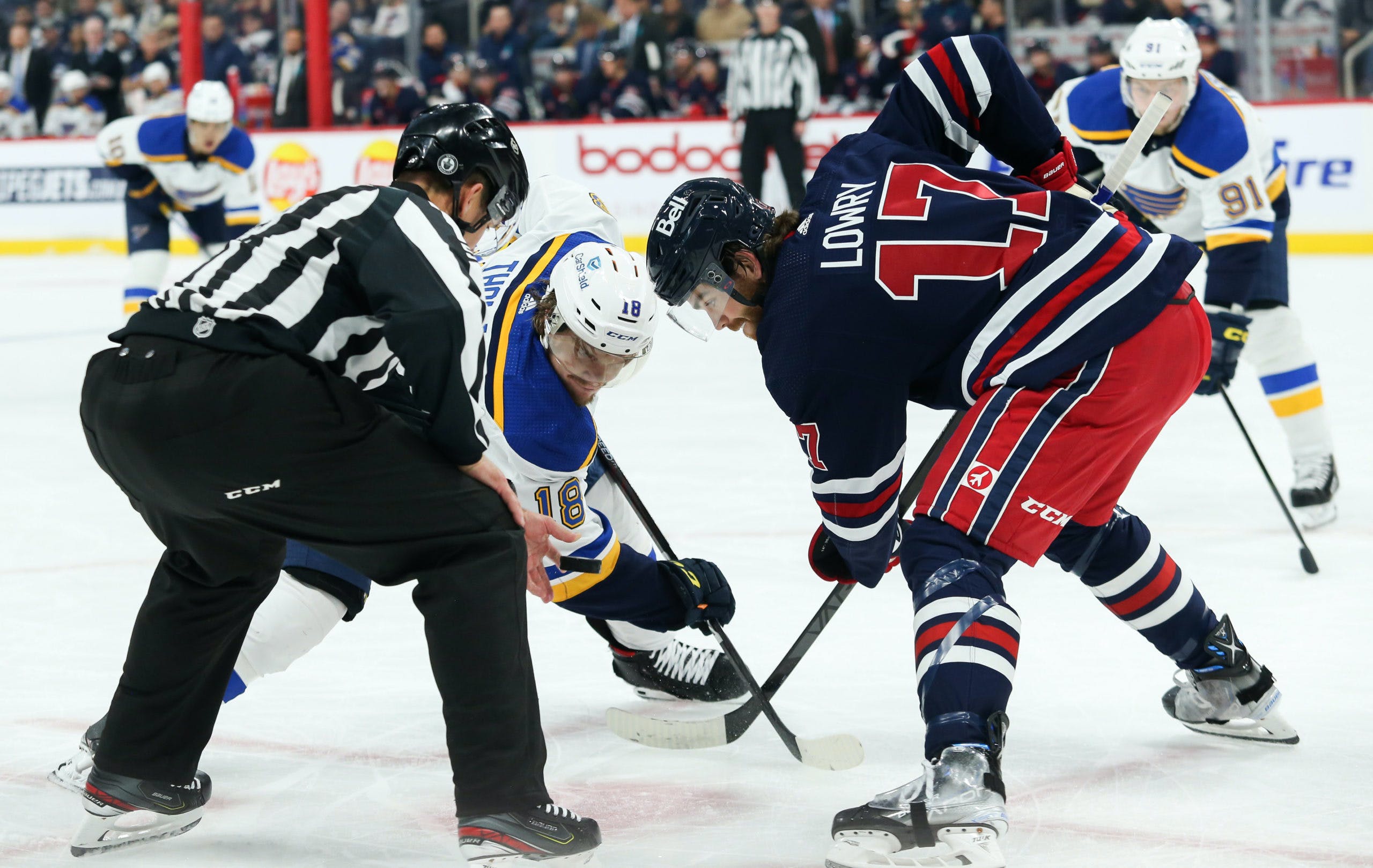 By Angus Hout
1 month ago
Welcome to Jets Nation brought to you by NHL bets site Betway! This fantastic season keeps rolling on for the Winnipeg Jets. The Jets are looking for their third straight win and are looking to be 7-3 over their last ten games. A win for the Jets and a loss for the Dallas Stars would mean the Jets are sole owners of first in the Central Division.
The Jets are coming off giving the Paul Maurice and the Florida Panthers a big old beat down of 5-2. Mark Scheifele and Kyle Connor would both score two goals against the Panthers and Adam Lowry would finish the game up with an empty netter.  This was one of the few games where the Jets would start the game right on time, it was fantastic. Hopefully, we can see those starts on a more regular basis. In the Jets’ last five games they are 7 for 19 on the power play, an impressive 36.8 percent with the man advantage.
This is the second game of the season between the Jets and the St.Louis Blues. The Jets would win the first meeting between the two clubs and hand St. Louis their first loss of the season 4-0 on Oct.24.
Connor Hellebuyck would pick up his first shutout of the season against the Blues that day. For that, he is most likely getting the start again against the Blues. Hellebuyck should get the start for the Jets in this contest. Statmuse.com notes that Hellebuyck is 11-4-2 against the Blues with a goals against average of 1.98 and a save percentage of .935. Hellebuyck’s last regulation loss to St.Louis was back on Dec. 29 2019 when he would allow three goals against 27 shots.

Thomas Griess will make the start for the Blues. It’ll be the first time this season that he will be starting in two games in a row. Griess has won his last three starts and has mad to make 35 or more saves in all three of those wins. The German-born player is looking for his fourth win of the season tonight. The expected starter for the Blues tonight has a 6-3-1 record against the Jets in his career and allows an average of 2.19 goals against, and a .925 save percentage. In his last five games against the Jets, he is 3-2 in his last five games and has allowed 11 goals against.
Two lineup changes for the Jets tonight. Sam Gagner is the healthy scratch and Jansen Harkins draws in. Logan Stanley will most likely get into the lineup after missing the last 18 games due to a foot injury. Dylan DeMelo is injured once again and will be missing tonight’s action.
The Blues are also dealing with injuries and will most likely be without Pavel Buchnevich and Torey Krug for tonight but there is still a small chance they could play tonight according to to head coach Craig Berube. Marco Scandella, Scott Perunovich and Logan Brown are also out for sure tonight.
The Jets currently have five players with 20 or more points this season. Josh Morrissey(5G,22A 27P), Kyle Connor(10G,16A, 26P) Pierre-Luc Dubois (11G,14A,25P,) Blake Wheeler(7G,15A22P) and Mark Scheifele(15G,6A,21P). The Blues only have three Robert Thomas(5G,18A,23P), Jordan Kyrou(10G,12A,22P), and Buchnevich(9G,11A,20P)
The Blues have been a very streaky team winning a bunch of games and then losing a bunch. In mid-November the Blues would win seven straight, then lose six of eight. They are coming off a big win over the New York Islanders 7-4 was the final on Dec.6. The Blues sit sixth in the division and five points back of the final wild-card playoff spot.  they are 12-14-0 this season with 24 points.
Editorials
Recent articles from Angus Hout