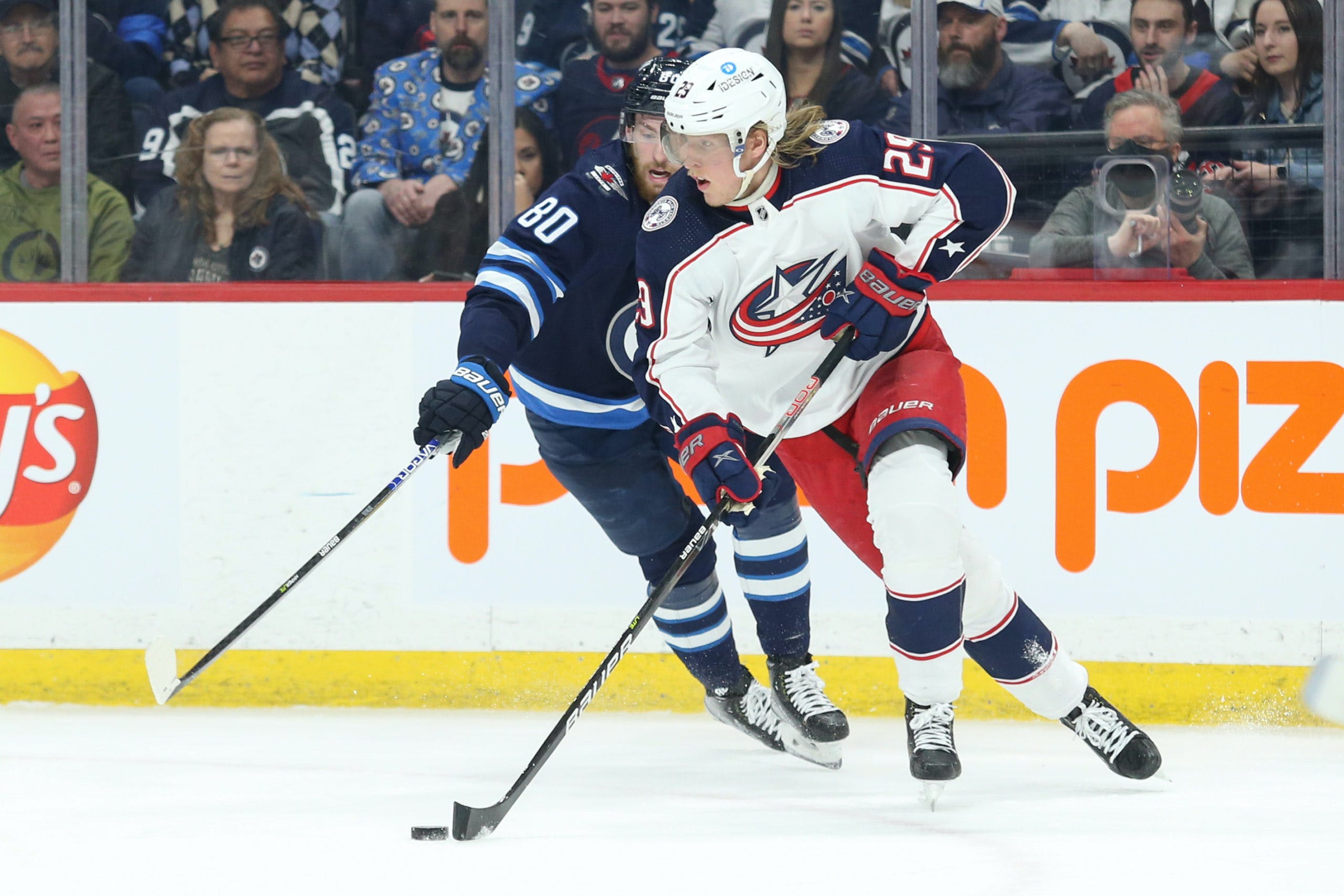 By Angus Hout
1 month ago
Be sure to check out NHL lines site Betway for all the latest Winnipeg Jets Props! Both David Rittich and the Winnipeg Jets are looking to extend their winning streak to four games tonight against the Columbus Blue Jackets. In the Jets’ last three games they have outscored their opponents 17-6. The Jets are on a mission and it’s to play their brand of hockey every night and that kind of hockey is fantastic to watch. The Jets are three points back of the Dallas Stars for first in the Central Division. Dallas has played three more games than the Jets.
Blake Wheeler would score his fourth career hat trick against the Colorado Avalanche. In his last five games, Wheeler has pocketed ten points seven of which are assists. Everyone should know by now that Josh Morrissey is leading the team in points with 25 but Kyle Connor has quietly become the second highest scoring Jet this season.
As previously discussed  Rittich should be in the crease for the Jets in tonight’s contest. The Czechian goaltender is 3-1 this season with a 2.77 goals-against average and a .890 save percentage. Rittich was on his way to a shutout victory against the Carolina Hurricanes on Nov.21 but unfortunately would allow three late goals when the Hurricanes had pulled their goaltender.
Joonas Korpisalo should be the starter for the Blue Jackets tonight. He’s had a rough start to his season, with a 3-4-1 record and a 3.75 goals-against average on top of a save percentage of .899. Korpisalo has only played the Jets twice in his career. He has a record of 1-1-0 and has allowed an average of 3.56 goals against the Jets according to Statmuse.com.
Patrik Laine returns to Winnipeg for the second time since being traded to Columbus for Pierre-Luc Dubois. Laine is coming back after missing seven games with an ankle sprain. Since the trade Laine has played 109 games, scored 38 goals and a total of 81 points and is a -40.  Dubois, Dubois has played 143 games for the Jets scored 46 goals and just scored his 100th point with the club. Dubois is a -17.

Sam Gagner will get back into the lineup so Axel Jonsson-Fjallby will be healthy scratched. Morgan Barron will stay on the top line with Connor and Dubois. The Jets’ defensive pairings have had a shake-up as all the right-side defenders have moved down a spot. 44-2 5-4 54-88. One thing of note no more mustache from Dylan DeMelo, Let’s hope his skills weren’t lost.
The Blue Jackets and Jets have only met eight times at Canada Life Centre since the Jets returned to Winnipeg, the Jets have a winning record of 5-3. In the last five meetings between the two clubs, the Jets are winners of 3 games.
The Blue Jackets on have a 7-12-2 record and are 30th in the NHL, they have a chance to beat the Jets just like the Blackhawks had a chance to defeat the Jets. Rittich will have to watch out for the top line because it’s scary good. After that, he only needs to play an average game because the rest of the Blue Jackets aren’t that great. The Blue Jackets did take the Vegas Golden Knights to the shootout in their last game on November 28. They’re also on a three-game losing streak.
My best predictions for the night. No Laine goals. Jack Roslovic shows up for a shift and almost makes us regret trading him. David Rittich plays his best game of the season and we see a goal from a rookie tonight.
Editorials
Jets News
Recent articles from Angus Hout