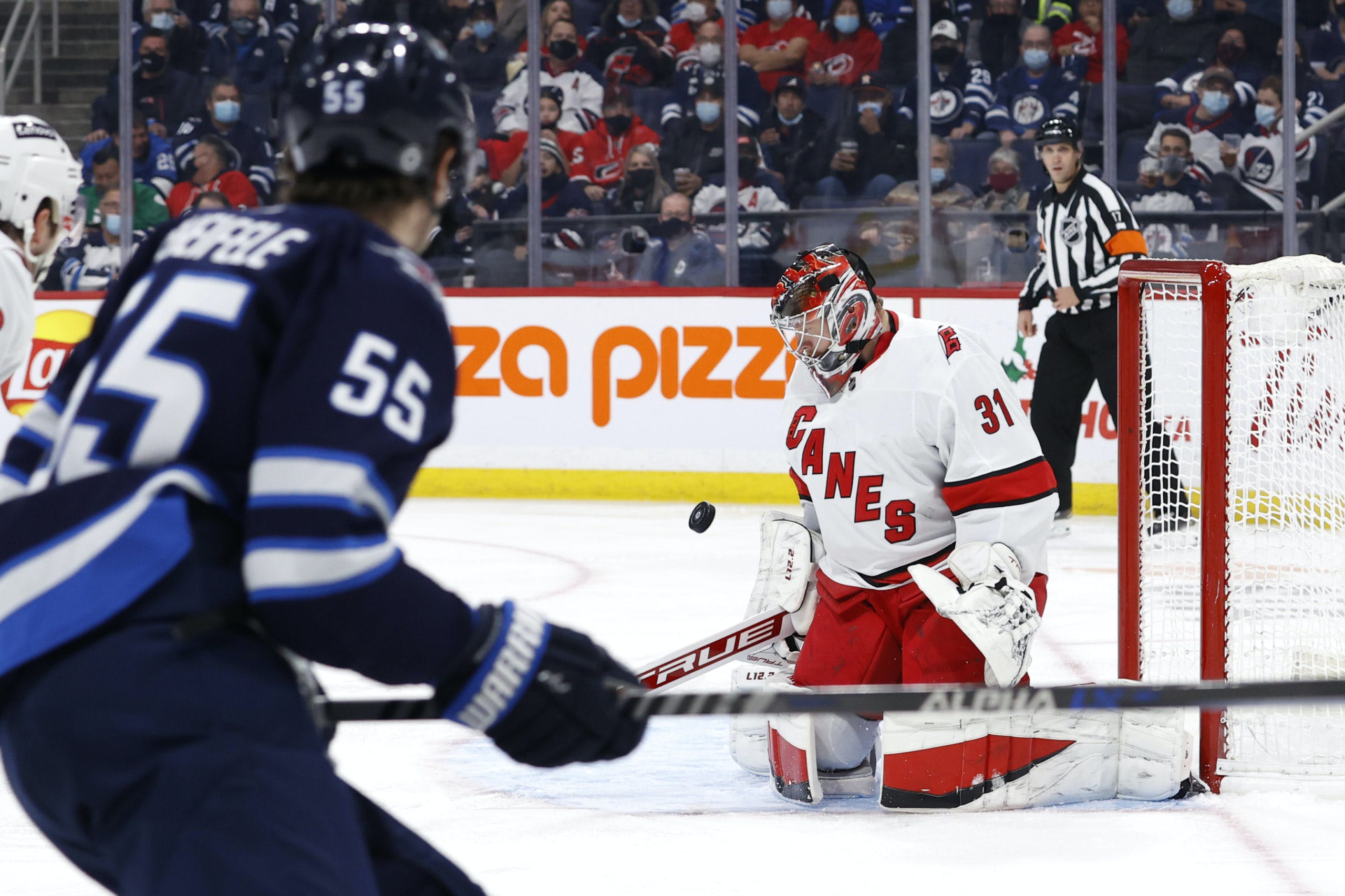 By Angus Hout
14 days ago
Welcome to Jets Nation brought to you by NHL lines site Betway! It’s the final game of the three-game home stand for the Winnipeg Jets. Tonight we will see Paul Stastny and the rest of the Carolina Hurricanes. The Hurricanes are a hungry and fast team, another measuring stick kind of game for the Jets. If the Jets can keep with the Canes or even outright beat them many fans of the Jets should feel good about the team.
The Jets are coming off a disappointing and frankly boring loss to the Pittsburgh Penguins. Although it was a 3-0 shutout loss it could have gone the other way and the Jets could have won 3-0 as well  There was a puck that got behind Tristan Jarry and was shot out of the crease by Evgeni Malkin, another where Jarry jumped on the puck before it rolled in.  It was a game of a couple of bounces that just didn’t go the Jets’ way. Much like the game against the Calgary Flames, the Jets could have won and they should have tried a little harder but the game was locked down once the opponents had scored and there was limited time on the clock.
Ville Heinola will get in on his first game with the Jets this season. The Canes are going to be a great test for Heinola. The Canes love to dump the puck according to Rick Bowness. Kyle Capobianco will come out of the lineup for Heinola.
The goalie match-up for tonight’s contest should feature both David Rittich and rookie goaltender Pyotr Kochetkov. Rittich who has played well through his first three games with the Jets has a 2-1 record and has a 2.77 goals-against average with a .890 save percentage. Against the Hurricanes Rittich has a 2-2 record and has allowed 10 goals against 130 shots overall that’s a .923 save percentage. The big thing to watch for tonight is lots of shots as the Hurricanes love to shoot and look for rebounds if Rittich can control his rebounds he can probably walk into an easy victory.

Kochetkov has only played six career NHL games but has been unreal through the early part of his time in the NHL. The Russian goaltender has an all-time record of 5-0-1 a 1.82 goals-against average and a .924 save percentage. This will be the first time this season that Kochetkov will start consecutive games.  Kochetkov is coming off his first career overtime loss to the Minnesota Wild where he would give up two goals on 21 shots.
Bowness would state that Jansen Harkins will get into the line-up tonight. Where will he play in the lineup? Not sure as of now it’s going to be a game-time decision. Dylan DeMelo will miss tonight’s contest but Bowness said we expect him to be back in the lineup during the Jets road trip. Nikolaj Ehlers, Logan Stanley Morgan Barron and Mason Appleton are all out due to injury for the Jets. Frederik Andersen, Ondrej Kase, and Teuvo Teravainen are out of the lineup for the Hurricanes due to injury.
If the Jets want a real shot of winning tonight they are going to have to win with special teams. The Hurricanes’ power play is 30th in the NHL bad at only 14.7 percent, and the penalty kill is middle of the road for the hurricanes at 17th overall killing 77.8 percent of their penalties. The Jets’ penalty kill has been unreal it’s the third-best in the NHL at an 85 percent success rate and the power play can be better it’s only been successful 20.4 percent of the time.
Leading the Hurricanes in goals is Andrei Svechnikov with 12 through 18 games. Martin Necas leads the team in assists with 14 and in points with 22. Josh Morrissey leads the Jets in points with 15, 14 of which are assists. Pierre-Luc Dubois leads the team in power-play goals with three.
Editorials
Recent articles from Angus Hout