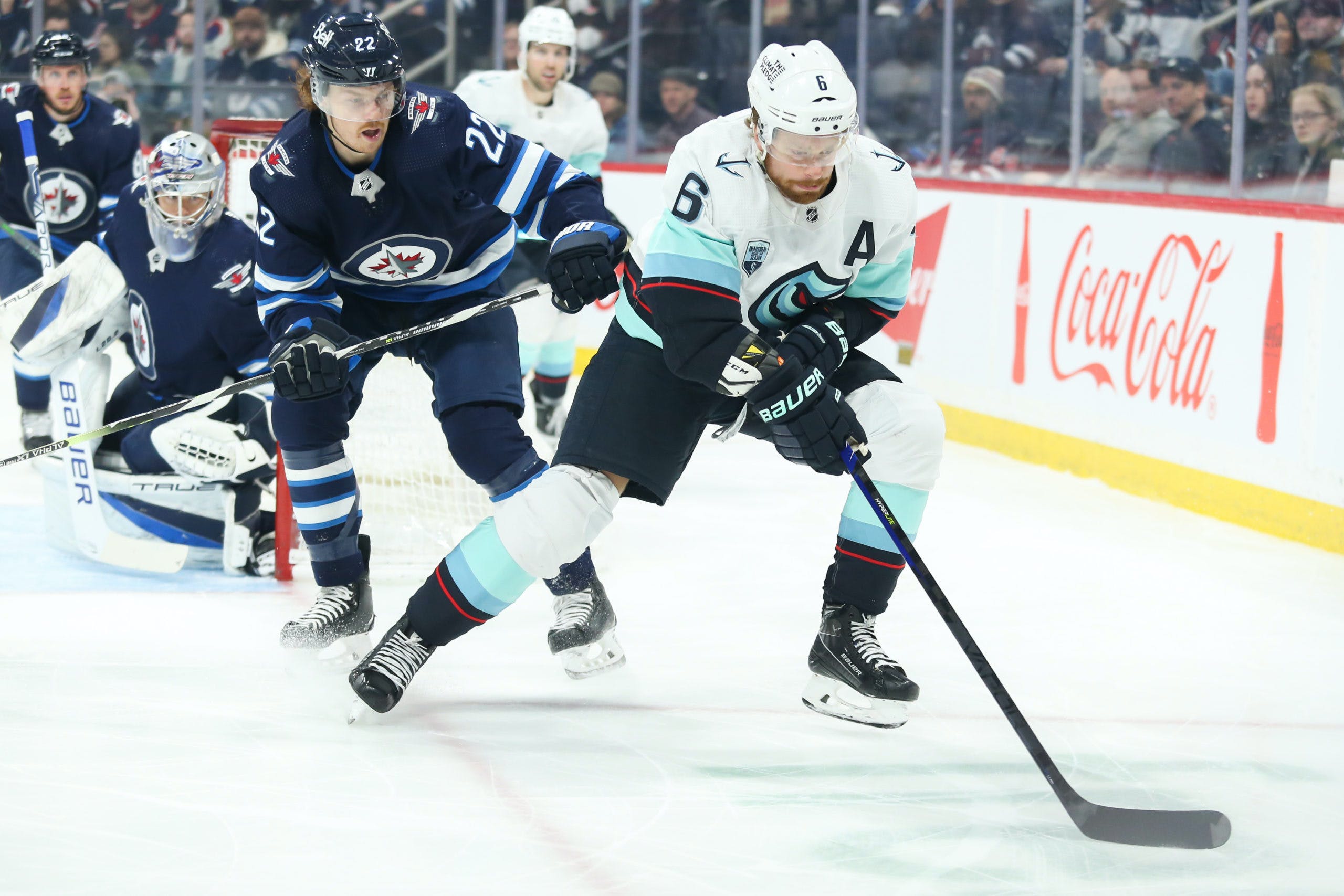 By Angus Hout
24 days ago
For the first time in seven games, the Winnipeg Jets were unable to pick up a single point in a game. The Calgary Flames would pick up their first win in seven games. The Jets would only muster four shots in the final frame and couldn’t get any shots on net during the 1:20 of 5-on-3. The Jets just didn’t look fully committed to playing last night and the Flames were hungry for a win. It was just one of those games where the Jets couldn’t complete a pass for long periods in the game, Mark Scheifele looked gassed most shifts because he and the first line were on the ice too long. It’s not like the Jets didn’t try last night, once former Jet Trevor Lewis scored the short-handed goal the Flames would lock everything down defensively. I mean we saw the save of the decade from Jacob Markstrom on Mark Scheifele if that went in the net the whole game changes. The Jets also had a few unlucky breaks, where was Kyle Connor’s penalty shot when Mackenzie Weegar held Connor on a breakaway? If we got that there might not have been a short handed goal against.
Connor Hellebuyck looked sharp stopping 32 of 35 shots. The Calgary goals were tough goals to save, Lewis’ short handed was bizarre, and Elias Lindholm opened the scoring with a redirection goal that was going to be hard for anyone to save. Adam Ruzicka’s goal was a two-on-one situation that seems like one that Hellebuyck would want back.  It felt like a game where the Jets were beaten by the Flames’ defence and a few bad bounces.
We must move on from a loss and head out to the land of Starbucks, the Space Needle and grunge where the Seattle Kraken reside. The Kraken have been a sneaky good team and are third in the Pacific with an 8-5-2 record. The Kraken are coming off a 1-0 loss to the Minnesota Wild. The Kraken are on a bit of a run on the penalty kill as they have killed off their last 16 penalties.
Martin Jones starts for the Kraken he has a 7-4-1 record, 2.32 goals against average and owns a .910 save percentage. Jones is making his fifth straight start. Many Seattle fans are thinking they will have an easier goaltender to play against tonight as David Rittich should be starting in the net for the Jets. The Czech Republican goaltender has a 1-1-0 record to start the season. Rittch has not played Seattle yet in his career so here’s hoping he can make the Kraken see why he was once an NHL All-Star goaltender.
The Jets are most likely running back the same line-up tonight with the goaltender change as previously mentioned. Nikolaj Ehlers, Morgan Barron, and Logan Stanley are still out with injuries. Seattle will be without Joonas Donskoi, Philipp Grubauer, and Jamie Oleksiak. If you were hoping to see the fourth overall draft pick from this past summer I’m sorry to inform you there is no Shane Wright tonight as he has been scratched.
Josh Morrissey continues to lead the Jets in points with 14. 13 of his 14 points are assists. Pierre-Luc Dubois is red hot right now and has a goal in each of his past four games. Scheifele leads the Jets in goals with eight with Dubois right on his heels with seven so far this season. The Kraken have three men tied at third in scoring with five goals each they are Matty Beniers, Jaden Schwartz and Jared McCann. Andre Burakovsky leads the team in points with 13.
It will be a fun game to watch as we get to see two fantastic rookies play tonight in Cole Perfetti and Beniers. Beniers has nine points to start the season Perfetti has eight. These could be two of the top five rookies in this year’s Calder Memorial Trophy race.
The Jets are should have the upper hand when it comes to the faceoff dot the kraken are the worst in the NHL at taking faceoffs only winning 42.5 percent of them. The power play has been lacking from both of these squads the Kraken haven’t scored the man advantage in three games and the Jets have only converted on 18.6 percent of power plays.
If the Jets can jump out to an early start they might stand a chance to win. Seattle has some of the fewest shots on the net averaging 29.9 shots on goal a game. If the Jets can force the Kraken to the outside and get more bodies in the pasing lanes the Jets’ defence could beat the opposing offence. the Kraken don’t like shots against, they only allow an average of 27.1 shots against. If the Jets don’t force anything and just play a game of chess and wear down the Kraken’s defence the Jets might be able to sneak a few goals past Jones.
Editorials
Recent articles from Angus Hout