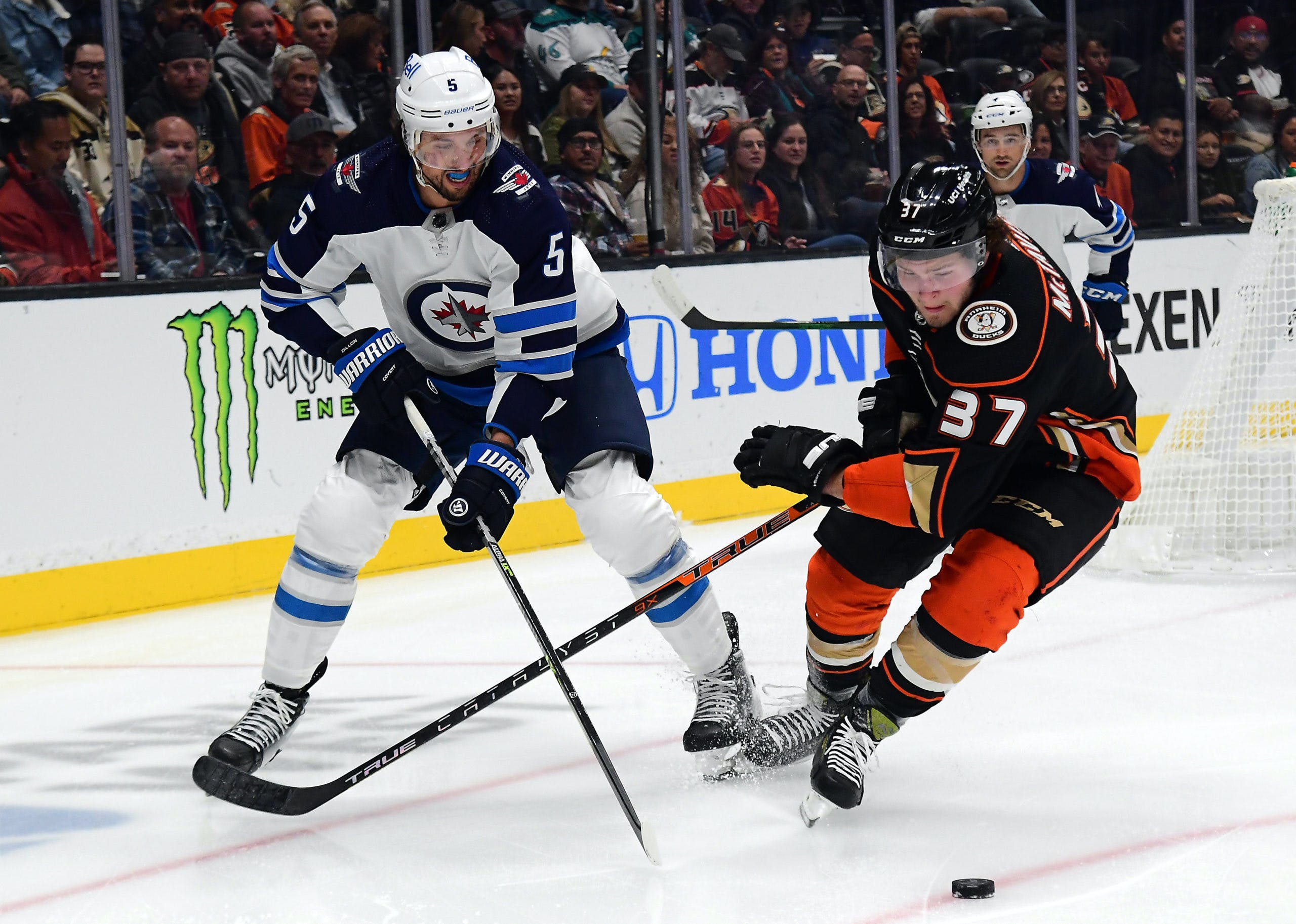 By Angus Hout
4 days ago
Welcome to Jets Nation brought to you by NHL betting site Betway! The Winnipeg Jets are back in action and they are to be honouring two stars from Jets 1.0 Teemu Selanne and Teppo Numminen. Salanne’s number 13 and Numminen’s 27 will hang in the rafters of Canada Life Centre.
The Jets are coming off a massive 3-2 overtime victory over the Seattle Kraken. In that loss, Mason Appleton would be injured in a bit of a freak accident when his stick would get stuck in the hole in the timekeeper’s box. Appleton is going to miss the next 8-12 weeks and received surgery on November 16th. The Jets would take a moment to celebrate as Blake Wheeler would score his 300th career goal which was a clutch goal that tied the game for the Jets with only five seconds left in the third period.
Mark Scheifele would open and close the scoring for the Jets. The overtime win was fantastic and we need to give a big thanks to Pierre-Luc Dubois for being a pest and getting Carson Soucy to punch him in the back of the head.
After the celebration is said and done the puck will fall for the Jets and Anaheim Ducks. The Ducks have had a rough start to the season as they are last in the NHL and first in the Connor Bedard sweepstakes. The Ducks have 11 points in 16 games and have a record of 5-10-1. Anahiem is having a horrific start to the season as they are 31stin the league with their goals against average (4.31) the power play (10.9%) and the penalty kill (65%).

Tonight will feature a battle of  American goaltenders. Connor Hellebuyck Vs. John Gibson. The two goaltenders are night and day when it comes to their stats this season. Gibson has a 3-8-1 record and 4.23 goals-against average and a .892 save percentage. In his last five games, he has gone 2-3 and won his last contest on November 15th when he would pick up a 3-2 overtime victory. We all know the story of Connor Hellebuyck he’s still great we love him even if he did lose his last game to the Calgary Flames. Overall this season Hellebuyck has a 7-3-1 record 2.67 goals against average and a .935 save percentage. Hellebuyck has just been great to start the season. Hellebuyck throughout his career is 9-2-1 with 2.32 goals against average and a .923 save percentage against the Ducks.
Both teams have been hammered by injuries this season. Anaheim will be without Urho Vaakanainen, Jamie Drysdale and Nathan Bealieu Kevin Shattenkirk and Derek Grant. Some Jets fans will happy to hear that Ville Heinola got called up from the Manitoba Moose and depending on how everyone feels after the warm-up skate Heinola could get in on some game action. Nikolaj Ehlers is out tonight with whatever is ailing him and could be out longer as Rick Bowness would state this morning that nothing is off the table including surgery. The Jets are also without Mason Appleton, Logan Stanley and Morgan Barron due to injuries as well.
The Ducks have three plays with 10 or more points so far this season with Troy Terry leading the way with 19 points, 13 of with are assists. Trevor Zegras leads in goals with seven. The Jets
Editorials
Recent articles from Angus Hout