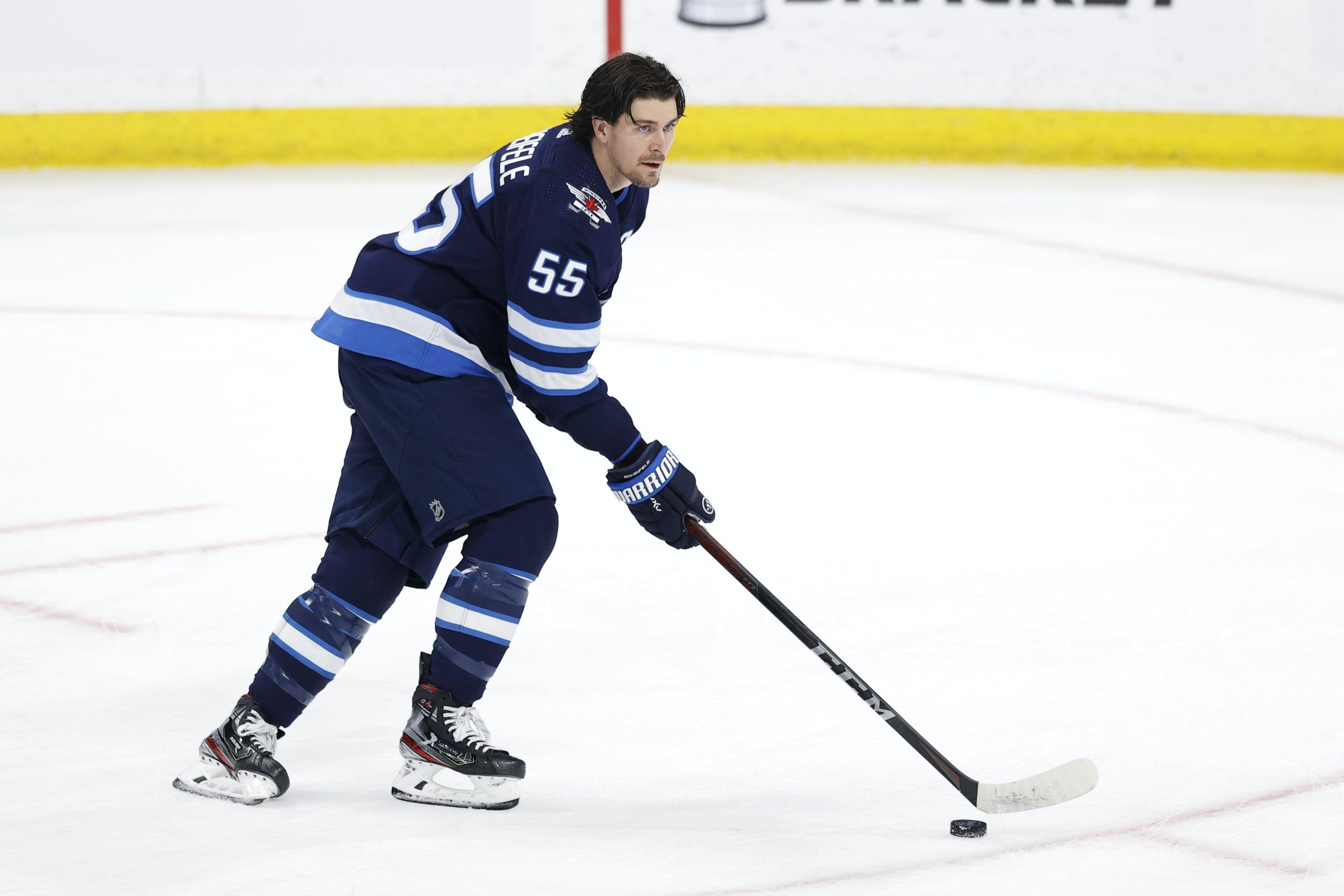 By Thomas Hall
1 year ago
Ahead of Thursday night’s home-opener at Canada Life Centre, the Winnipeg Jets will officially be without forward @Mark Scheifele as he enters the National Hockey League’s COVID-19 protocol, the team announced prior to its morning skate.
Scheifele, 28, now joins teammate @Blake Wheeler on the league’s COVID-19 list, meaning each of them could be unavailable for their club’s contest against the Anaheim Ducks.
If Scheifele indeed produces multiple positive tests, he’ll be required to miss at least 10 days before becoming eligible to return to action. But since the right-hander has already tested negative once, if he does so for a second time, there’s a chance he could be cleared to play Thursday.
Additionally, the 6’3″ forward will also need to receive permission from the team’s physician prior to exiting isolation.
Once Winnipeg’s morning skate concludes, coach Paul Maurice is expected to provide a full update regarding the Kitchener, Ontario native’s status. Until then, we’ll be hoping for a speedy recovery from the former first-round selection.
After finishing his four-game suspension from last season’s playoffs, Scheifele has appeared in two games this season, averaging 22:35 minutes of ice time per game, producing two assists, three shots on goal, one block, one hit and a 41.7% face-off percentage.
As of right now, the Jets are still scheduled to take on the Ducks at 7 pm CT as they look for their first victory of 2021-22.
Jets News
Recent articles from Thomas Hall