Jets Disappoint When it Matters Once Again 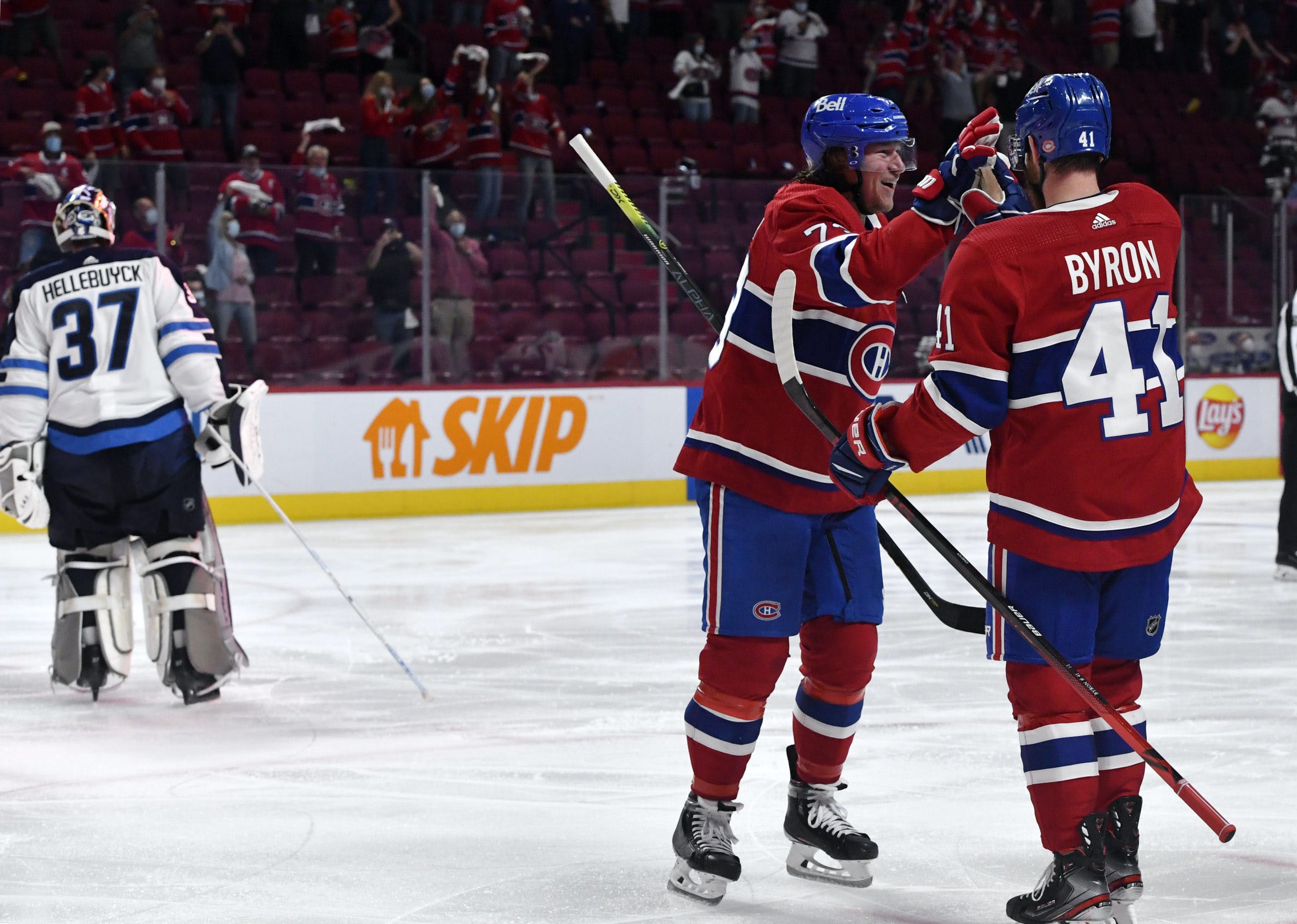 By Angus Hout
1 year ago
After the Winnipeg Jets lost in overtime on Monday and were eliminated from the 2021 Stanley Cup Playoffs, I, like many of you, was incredibly mad at this team. With @Mark Scheifele receiving a four-game suspension, the Jets had a very big hill to climb just to stay in the playoffs but it sure would’ve been nice to see some passion from the rest of the team.
It’s so frustrating to watch the Jets these days, they’re a very hot and cold team. When they’re feeling great and everyone is in the lineup, you better watch out because they’re going to win. But the moment someone in the top nine goes down with an injury or is suspended, the Jets look like a bunch of pewees that have no confidence. It was dealing with little things that killed the Jets. It’d be one thing if the Montreal Canadiens were dominating in all areas of the series, but the Jets largely themselves out of the playoffs. I want to blame three individuals for the Jets’ overall poor performance this season.

General manager Kevin Cheveldayoff didn’t acquire enough pieces for the playoffs. The Jets were contending for not only a playoff spot, but potentially for first place in the North Division and what does he go out and get? @Jordie Benn. I have nothing against him, but he’s a seventh defenseman and picking him was a waste of a sixth-round pick.
The Jets have a great forward group when they’re all healthy. @Connor Hellebuyck and @Laurent Brossoit, that’s one hell of a goaltending tandem. Then you look at the defensive group, it’s a joke and Cheveldayoff should’ve traded for a top-pairing defenseman. This isn’t me being upset at the Jets’ defense, they put it all on the line and stopped the Edmonton Oilers’ big guns and also limited the Canadiens’ top stars in two of the four games. But when you don’t get the support you need, how can play your best game?

Once Scheifele got suspended, it seemed @Blake Wheeler’s performance dropped off. Without his best buddy on the ice, he wasn’t playing good hockey. He was losing puck battles and giving up on plays, but the most egregious thing he could’ve done was throwing his head back after Montreal’s second goal in Game Four. He showed he stopped caring, he’s human and can show emotions, but get after the boys and reassure them we’re going to get through this.
You as a captain can’t stop caring and that was the moment that I thought he should lose the “C.” You watch @Shea Webber when the Canadiens were down 3-1, he kept his cool and was there in the play. It lit the spark for the rest of the team to get rolling. Wheeler can do great pressers after the game, but I’d rather my captain show up for his team on the bench, in the locker room or even lay a big filthy hit just do something.

The Jets have this young talented group down with the Manitoba Moose, there was no waiting period for them to come play in the NHL. During that seven-game losing skid, it would’ve been a perfect time for the Jets to see if a young guy could fit into the lineup. Paul Maurice plays this stupid game where only established NHLers get to play and young guys are forced to wait way too long to get a chance.
Look at @Jack Roslovic, he wouldn’t re-sign because he wasn’t given elevated minutes. Following his trade, he played some good games with the Columbus Blue Jackets because he was given a chance to play. I think what really frustrates me about Maurice is that he has the second-longest tenure in the NHL and has only won three playoff series. I think we need to treat him like former Toronto Raptors head coach, Dwane Casey. We respect the fact he had success here, but if it’s not a championship team, it’s time to move on or just accept the Jets will forever be in this state of meritocracy.
Do you agree with the three people to blame for the Jets being swept? Or would you blame someone else? Let me know in the comments below or you can always hit me up on Twitter or Instagram – @angushout.
Uncategorized
Recent articles from Angus Hout