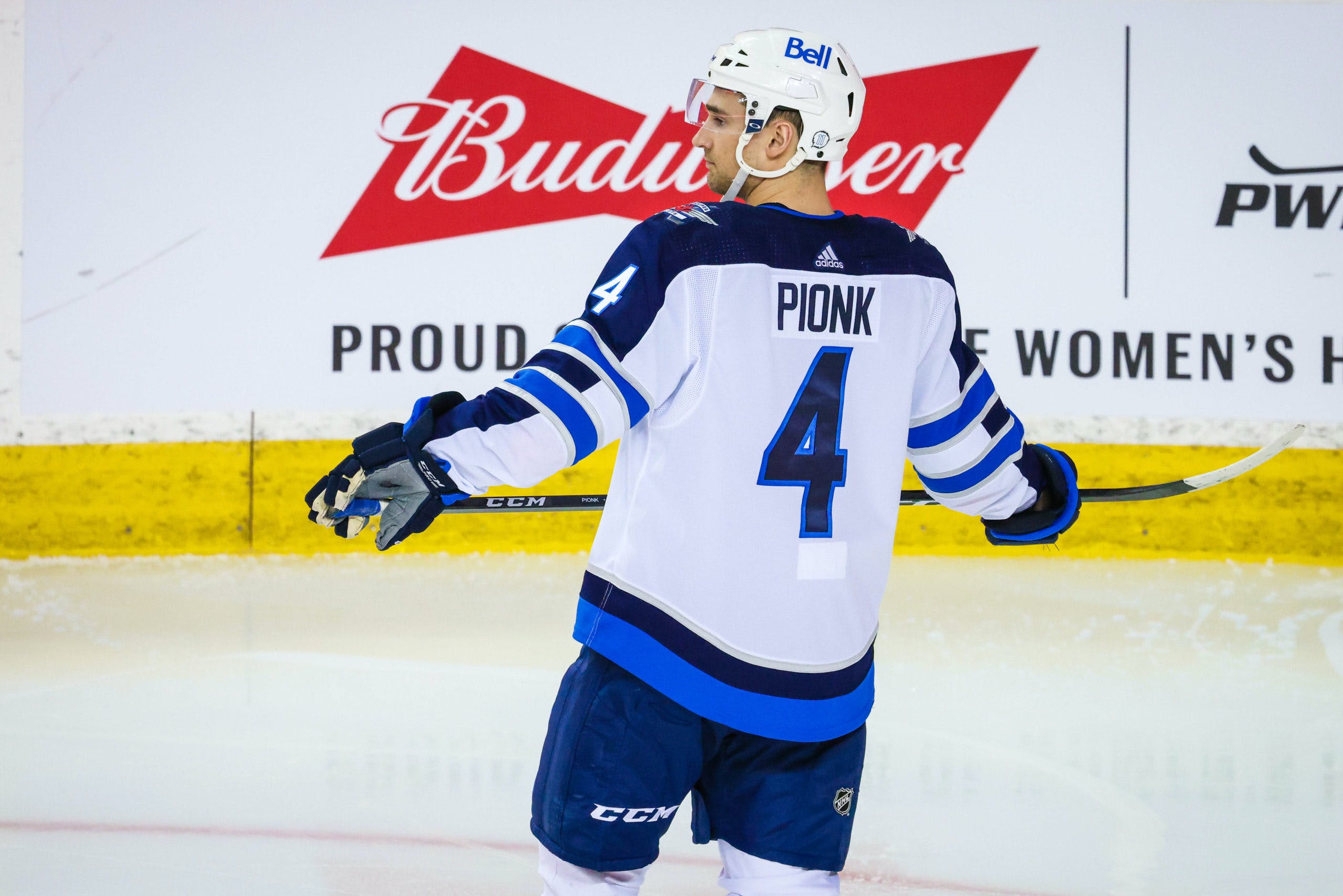 By Thomas Hall
1 year ago
On Wednesday, arbitration hearings began across the NHL, but for the Winnipeg Jets, they won’t be headed in that direction with an important piece of their blueline as defenseman @Neal Pionk has agreed to a four-year contract extension.
Pionk, 26, became a restricted free agent earlier this off-season and was scheduled for an arbitration hearing on Aug. 13. But now that he’s signed through 2024-25, the top-four blueliner will carry a $5.875 million cap hit per season, according to PuckPedia.com.
Before this new extension, Pionk was slated to become eligible for unrestricted free agency after the 2022-23 campaign. Since two years of free agency have essentially been bought out, his next opportunity to hit the open market will come following the 2024-25 campaign.
Coming off his breakout performance in 2019-20, where he posted six goals and 45 points (career-high) in 71 games, the former undrafted free agent returned to his role on the second defensive pairing last season and continued to serve as a key member for the Jets over the 56-game schedule.
Making a strong offensive impact, Pionk averaged 21:58 minutes of ice time per game, producing three goals, 32 total points, 10 power-play points, 0.59 points per game and 100 shots on goal over 54 games. Additionally, he also created 137 hits, 74 blocks and 19 takeaways.
Transferring his craft over the playoffs, the right-hander averaged 26:00 minutes of ice time per game, registering four assists, 29 hits, 17 shots on goal, 11 blocks and four takeaways through eight postseason contests.
Since Pionk is now signed long-term, forward @Andrew Copp remains the Jets’ lone restricted free agent and his arbitration hearing is set for Aug. 26.
Winnipeg will open its preseason schedule on Sep. 26 against the Ottawa Senators.
Jets News
Recent articles from Thomas Hall