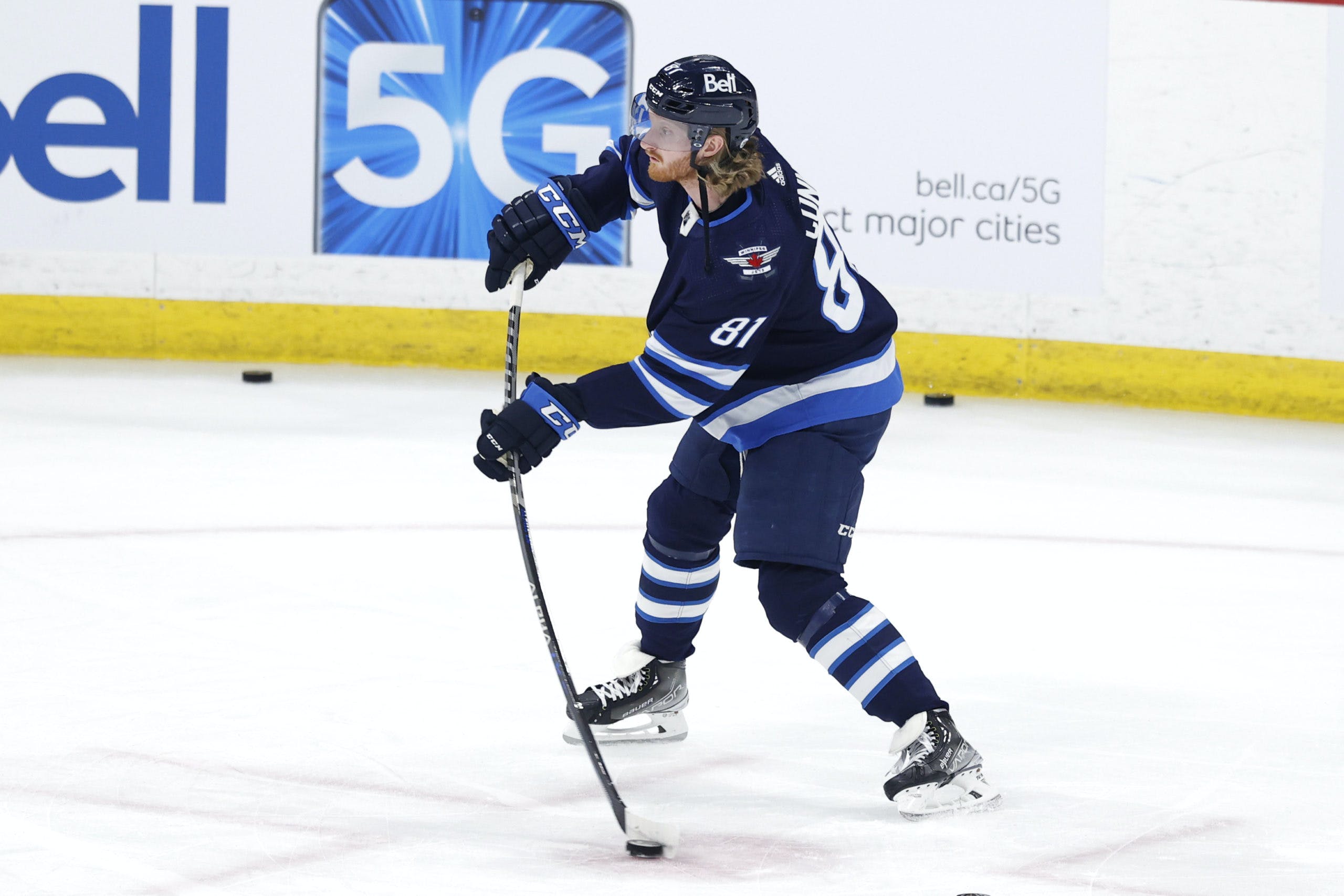 By Thomas Hall
7 months ago
Amid a three-day break from game action, the Winnipeg Jets welcomed back a pair of skaters to practice Monday, as forward @Kyle Connor and defenceman @Nate Schmidt exited COVID-19 protocols.
Both Connor and Schmidt landed on the National Hockey League’s COVID list after testing positive in Buffalo last Wednesday.
In their absences, forward @Zach Sanford was promoted up to Winnipeg’s top six, pairing him next to teammates @Pierre-Luc Dubois and @Blake Wheeler. On defence, youngster @Ville Heinola remained in the line-up and mostly skated next to @Neal Pionk.
On another injury-related note, interim coach Dave Lowry confirmed that forward @Jansen Harkins – who departed Saturday’s game versus the Los Angeles Kings – is still being evaluated and won’t be available for Wednesday’s tilt against the Detroit Red Wings.
Connor, 25, has served as one of the club’s driving offensive forces this season. In 67 games, he leads all skaters in goals (41) and points (82) while averaging 21:52 minutes of ice-time per night.
Additionally, he’s also posted 283 shots on goal, 52 takeaways, 30 hits and 17 blocks.
As for Schmidt, 30, the 6’0″ blueliner has appeared in 66 contests during his inaugural campaign with the Jets. During this span, he’s registered four goals, 31 points, 97 shots on goal, 89 blocks, 34 hits, 25 takeaways and has logged 20:16 minutes of ice-time per game.
Winnipeg is scheduled to host Detroit on Wednesday, beginning at 6:30 pm CT.