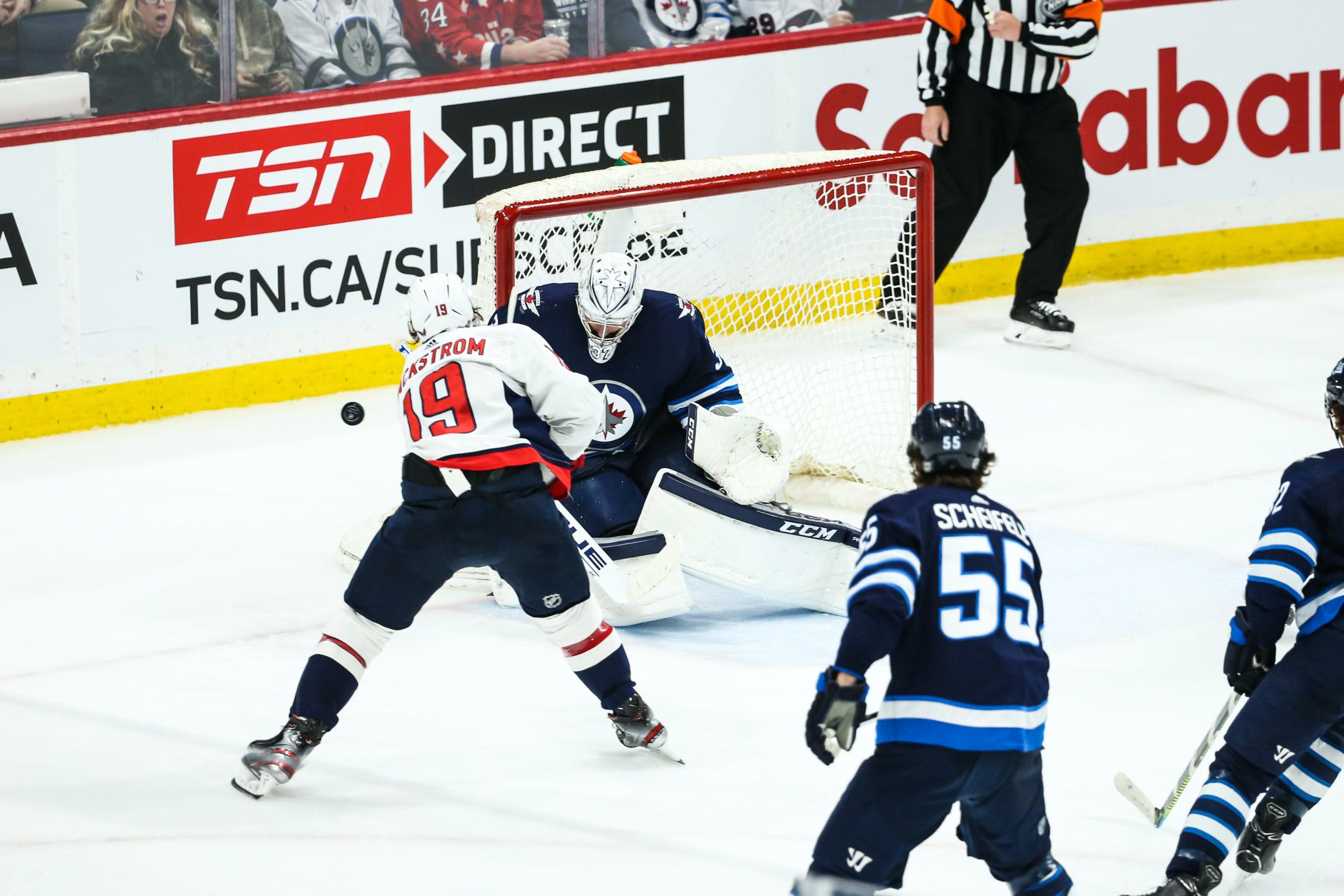 By Angus Hout
11 months ago
On Dec. 14, the Winnipeg Jets lost to another bottom-feeding team, in the Buffalo Sabres, by a score of 4-2. That loss seemingly served as the final nail in the coffin for Paul Maurice’s tenure as this franchise’s head coach.
It was definitely time for a change behind the bench. Thanks for your time over these last eight-plus seasons, Paul, but we’re now under the Dave Lowry era in Winnipeg.
In my most recent betting article. I went 1-for-6 on the night – another miserable performance. Let’s see if I can have more success in the Lowry era, which begins Friday against the Washington Capitals.

The Jets are currently positioned fifth in the Central Division with a 13-10-5 record and 31 points. Also, this team trails the final wild-card spot by just three points, which is held by the Edmonton Oilers.
Goaltender @Connor Hellebuyck will make his 23rd start of the season Friday. Hellebuyck has picked up 24 out of a possible 44 points in 2021-22, and has posted a .915 save percentage and a 2.70 goals-against average.
Captain @Blake Wheeler remains sidelined with a lower-body injury, missing his second straight contest.
@Kyle Connor leads the Jets in goals (18) and points (32). Wheeler and @Nate Schmidt share the club lead in assists with 15 each.
The Jets will have a new bench boss in charge Friday, so I think most of the stats can be thrown out from the Maurice era, but it’s still important to look at them. In total, the team currently averages 32.9 shots on goal per game, which ranks 12th in the NHL.

What You Need to Know About the Capitals

The Capitals lost their last game to the Chicago Blackhawks in overtime by a score of 5-4. They’re currently positioned third in the Metropolitan Division with a record of 17-5-7, but with a win, and a New York Rangers loss, they’d move into first place.
Goaltender @Ilya Samsonov will be starting in net for the Capitals on Friday. Samsonov has enjoyed a solid season thus far, posting an 11-2-2 record, a 2.64 goals-against average and a .910 save percentage.
Washington will be without @Anthony Mantha, @Garnet Hathaway. Both @Tom Wilson and @Evgeny Kuznetsov are considered questionable and have a chance to play.
Not a shock, but @Alex Ovechkin leads the Capitals in goals (21), assists (25) and points (46). Side note on Ovechkin, if he scores on the power play, he’ll become the all-time leader with 275 scores with the man advantage.
The Capitals are in 15th in the NHL regarding shots for, averaging 31.7 per game. Additionally, they allow the third-fewest shots against, surrendering 28.4 per night.