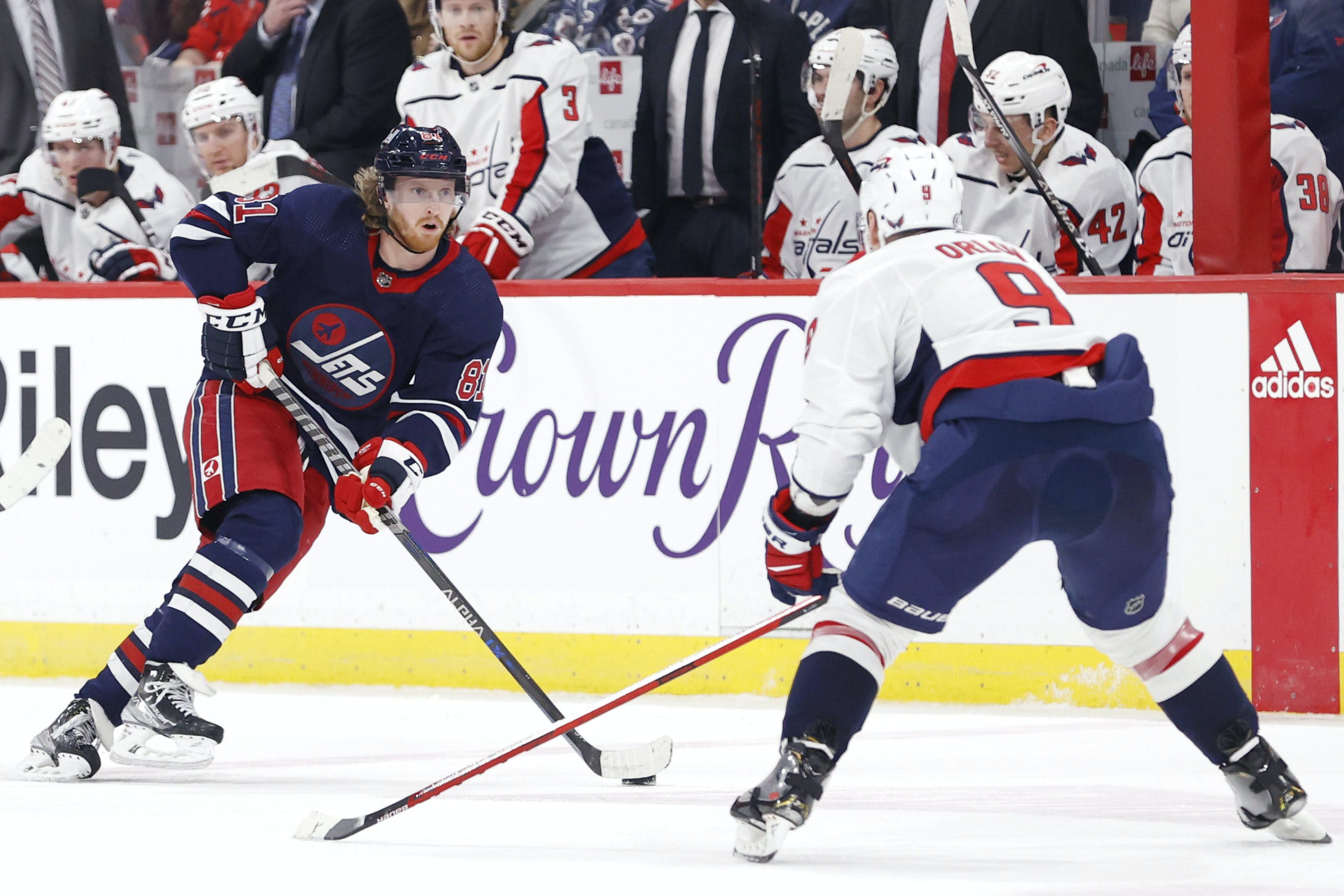 By Angus Hout
10 months ago
On Jan. 6, the Winnipeg Jets recorded their second shutout of the season against the Detroit Red Wings, winning by a score of 3-0. @Andrew Copp was electric and scored two goals in that contest. Both @Dylan Samberg and @Declan Chisholm each made their NHL debuts that night, as well.
It was one of those games where the Jets were just one step ahead of the Red Wings all game long.
On the betting front, I only went 2-for-6 on the night. Let’s hope we can turn things around together Tuesday night.

The Jets are 4-2-0 since Dave Lowry took over as interim head coach. Overall, this club holds a 17-12-5 record this season, positioning them five points back of the San Jose Sharks for the final wild-card spot in the Western Conference.
Goaltender @Connor Hellebuyck will start his 29th game of the season. Thus far, he owns a 14-10-4 record, a 2.73 goals-against average and a .916 save percentage. Additionally, Hellebuyck is coming off a shutout performance over the Red Wings – the 26th of his career.
The Jets will be without @Blake Wheeler, @Paul Stastny and @Evgeny Svechnikov in this Tuesday night contest.
All-Star @Kyle Connor leads Winnipeg in goals (20) and points (37). @Nate Schmidt is currently tied with Connor for the team share in assists (17).

What You Need to Know About the Capitals

The Washington Capitals are sitting comfortably with a 21-9-9 record, placing them fourth in the Metropolitan Division with 51 points. As of right now, this club holds the first wild-card seed in the Eastern Conference.
Goaltender @Vitek Vanecek will get the start in net for the Capitals. The 26-year-old netminder features a 7-4-5 record, a 2.46 goals-against average and a .911 save percentage this season.
Washington will be without @Anthony Mantha, @Conor Sheary, @John Carlson and @TJ Oshie in this contest.
Captain of the Metropolitan Division All-Star team, @Alex Ovechkin, leads the Capitals and the NHL in goals with 26. In addition, the 36-year-old also leads his team in assists (28) and points (54).