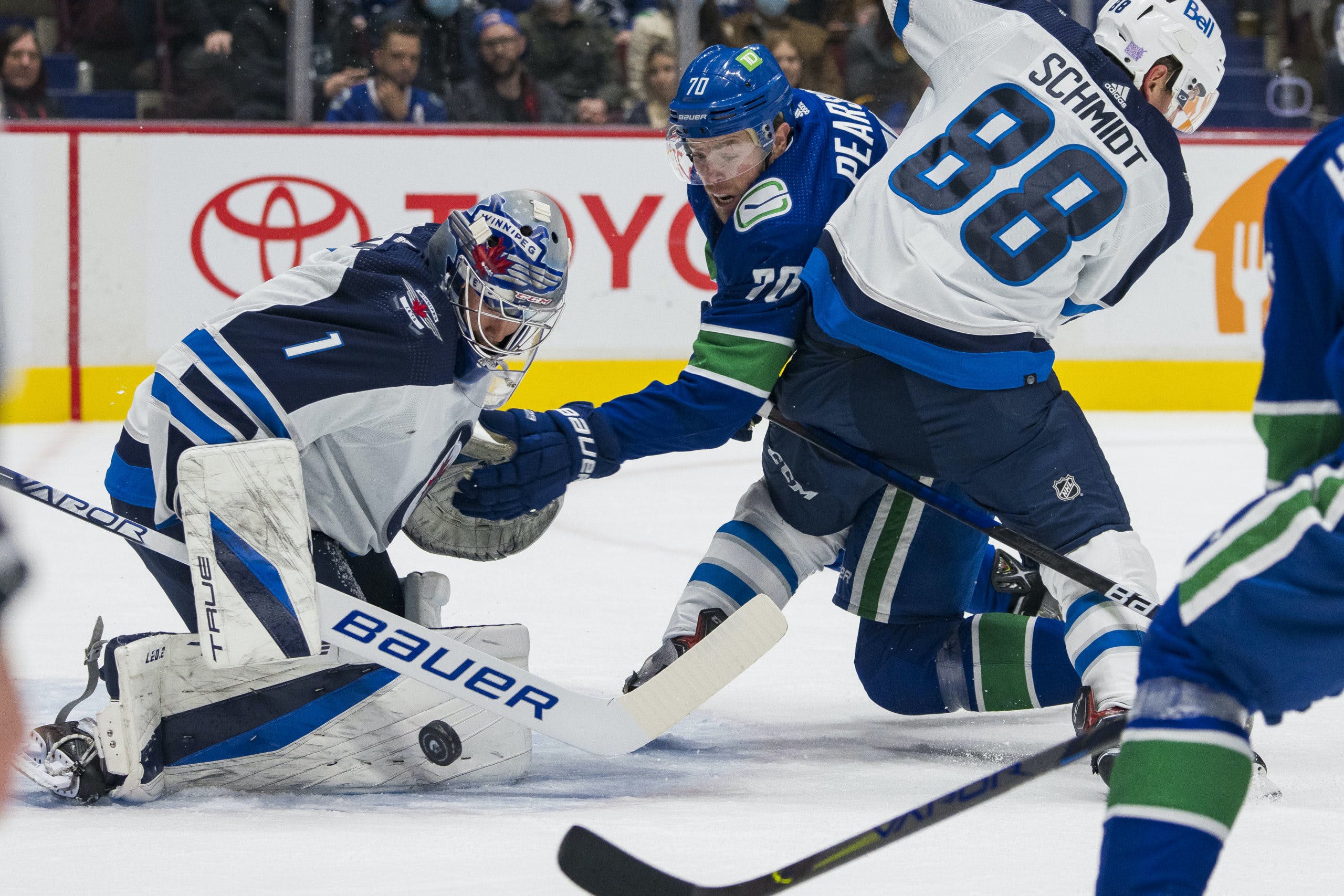 By Angus Hout
11 months ago
On Dec. 9, the Winnipeg Jets beat the Seattle Kraken 3-0. Birthday boy, @Kyle Connor, scored two of his team’s three goals and @Connor Hellebuyck snagged his first shutout of the 2021-22 season.
Without question, this certainly proved to be a great first trip to Seattle.
On the betting front, I performed to a measly 2-for-6 on the night – cue the sad music. Let’s see if I can turn things around during the second half of Winnipeg’s back-to-back series.

The Jets are currently positioned fifth in the Central Division with a 13-9-4 record and 30 points. In turn, this team is just .023 percentage points shy of a wild card spot, with the Vegas Golden Knights occupying the second seed in the Western Conference.
Coach Paul Maurice confirmed @Eric Comrie will receive the start Friday night. In total, Comrie owns a 3-2-0 record, a 2.49 goals-against average and a .913 save percentage this season.
Unfortunately, defenceman @Neal Pionk, who concluded his two-game suspension Thursday, will remain out of the line-up as he recovers from his concussion.
Connor leads the Jets in goals (17) and points (29). Pionk, @Nate Schmidt and @Blake Wheeler hold the team share in assists with 14 each.
Winnipeg’s power play has quietly snuck back into the top half of the NHL as of late. Currently, they feature a 19.8 per-cent conversion rate with the man advantage, according to NHL.com. As for their penalty kill, while it still ranks 31st in the league, it went a perfect 5-for-5 against Seattle on Thursday. Perhaps some of that success will carry into Vancouver.

The Vancouver Canucks are undefeated since head coach Bruce Boudreau took over behind the bench. The Canucks have outscored their opponents 6-1 in their last two games. On the season, they sit seventh in the Pacific Division with a 10-15-2 record and 22 points.
The Canucks are starting @Thatcher Demko in net during this contest. This season, Demko has posted a 10-11-1 record, a 2.73 goals-against average and a .915 save percentage.
Vancouver will be without @Brandon Sutter, @Matthew Highmore, @Travis Hamonic and @Oliver Ekman-Larsson.
@JT Miller leads the Canucks in goals (9) and points (26). As for assists, @Quinn Hughes leads the team in that department with 19.
The Canucks are positioned in the top 20 of the NHL regarding their power play, recording a 19.2 per-cent conversion rate with the man advantage. In addition, their penalty kill is ranked the worst in the league, killing off just 65.9 per-cent of penalties.