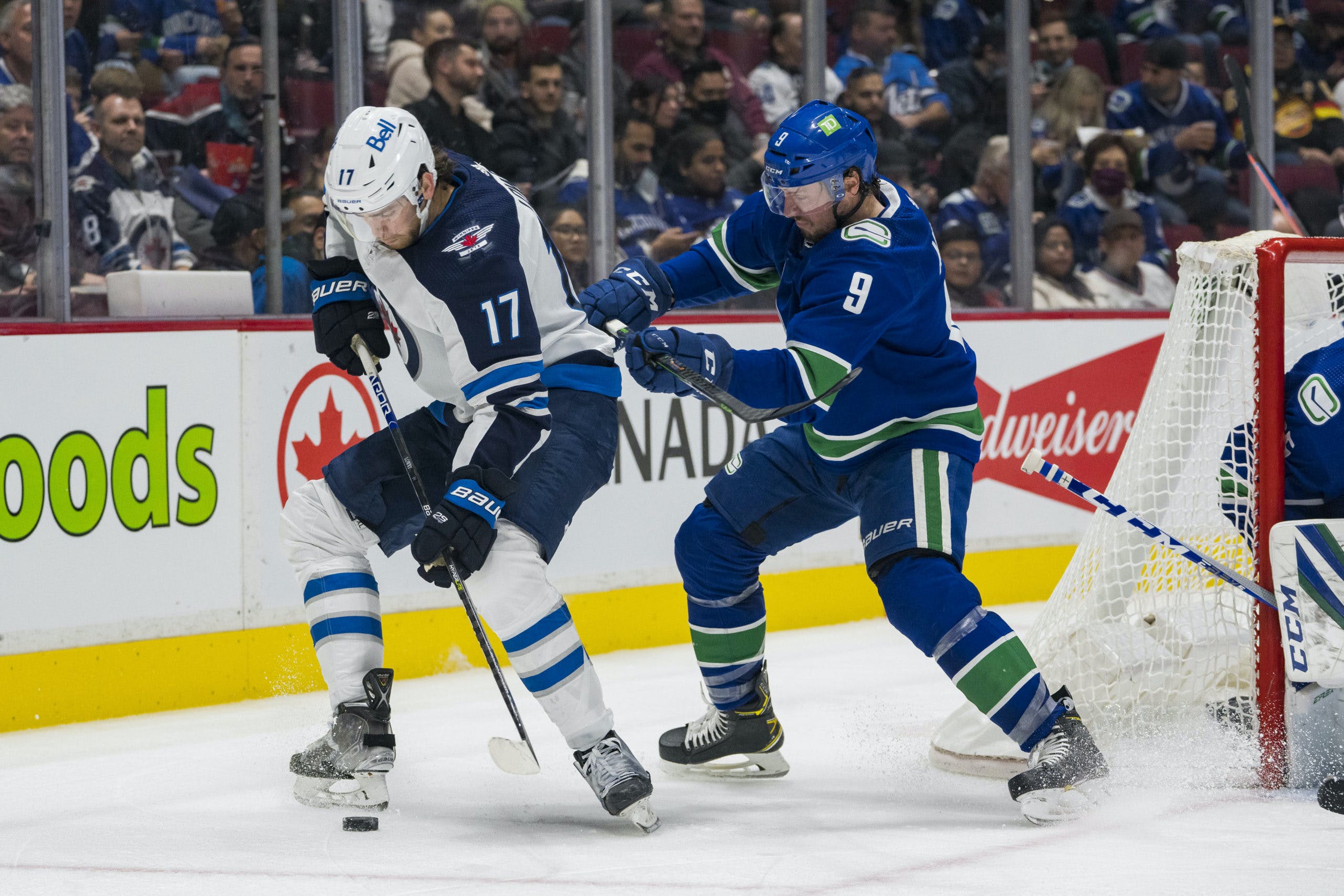 By Angus Hout
10 months ago
On Jan. 25, the Winnipeg Jets dropped their fifth straight game to the Florida Panthers, losing 5-3. The game was entertaining, to say the least, but goaltender @Connor Hellebuyck’s puck mismanagement and his defence’s ineffectiveness proved costly.
On the betting front, I went 2-for-6 on the night. That seems to be the average this season in the betting world. Can the Jets snap this five-game losing streak? Or will Bruce Boudreau and the Vancouver Canucks find a way to steal one at Canada Life Centre?
Only time will tell.

This season, the Jets feature a below-average 17-15-7 record and have only secured 52.6 per cent of available points. Over their five-game losing skid, this club has been outscored 18-12 during this troubling span.
Hellebuyck will be making his 13th straight start in this contest. Thus far, he’s started 33 games and has posted a 14-13-6 record, a 2.87 goals-against average and a .911 save percentage.
Winnipeg will be without @Nikolaj Ehlers (lower-body), @Dylan DeMelo (lower-body), @Logan Stanley (upper-body), @Dylan Samberg (upper-body), @Dominic Toninato (Covid-19) and @Josh Morrissey (COVID-19). Additionally, @Johnathan Kovacevic will make his NHL debut against Vancouver.
As has been the case for most of this season, @Kyle Connor leads the Jets in goals (23), assists (19) and points (42).
The last time the Jets and Canucks faced off was on Dec. 10, where Vancouver won 4-3 in a shootout – that was also the same game when captain @Blake Wheeler got injured.
Finally, forward @Adam Lowry deserves a shoutout for playing in his 500th career NHL game.

The Canucks are also struggling, having dropped each of their last three games while being outscored 8-4 in the process. In addition, this franchise owns an 18-19-5 record and 41 points, tying them with the Jets in that department, however, they feature three games in hand.
While goaltenders @Thatcher Demko and @Jaroslav Halak have been cleared from COVID-19 protocol, @Spencer Martin is expected to start Thursday. In his two games this season, Martin holds a 0-0-2 record, a 1.86 goals-against average and a .952 save percentage.
The Canucks will be without @Brandon Stutter (COVID-related), @Travis Hamonic (lower-body), @Tanner Pearson (COVID-19) and @Bo Horvat (COVID-19).
@J.T. Miller leads Vancouver in points(40), Horvat leads in goals (13) and @Quinn Hughes leads in assists (30).