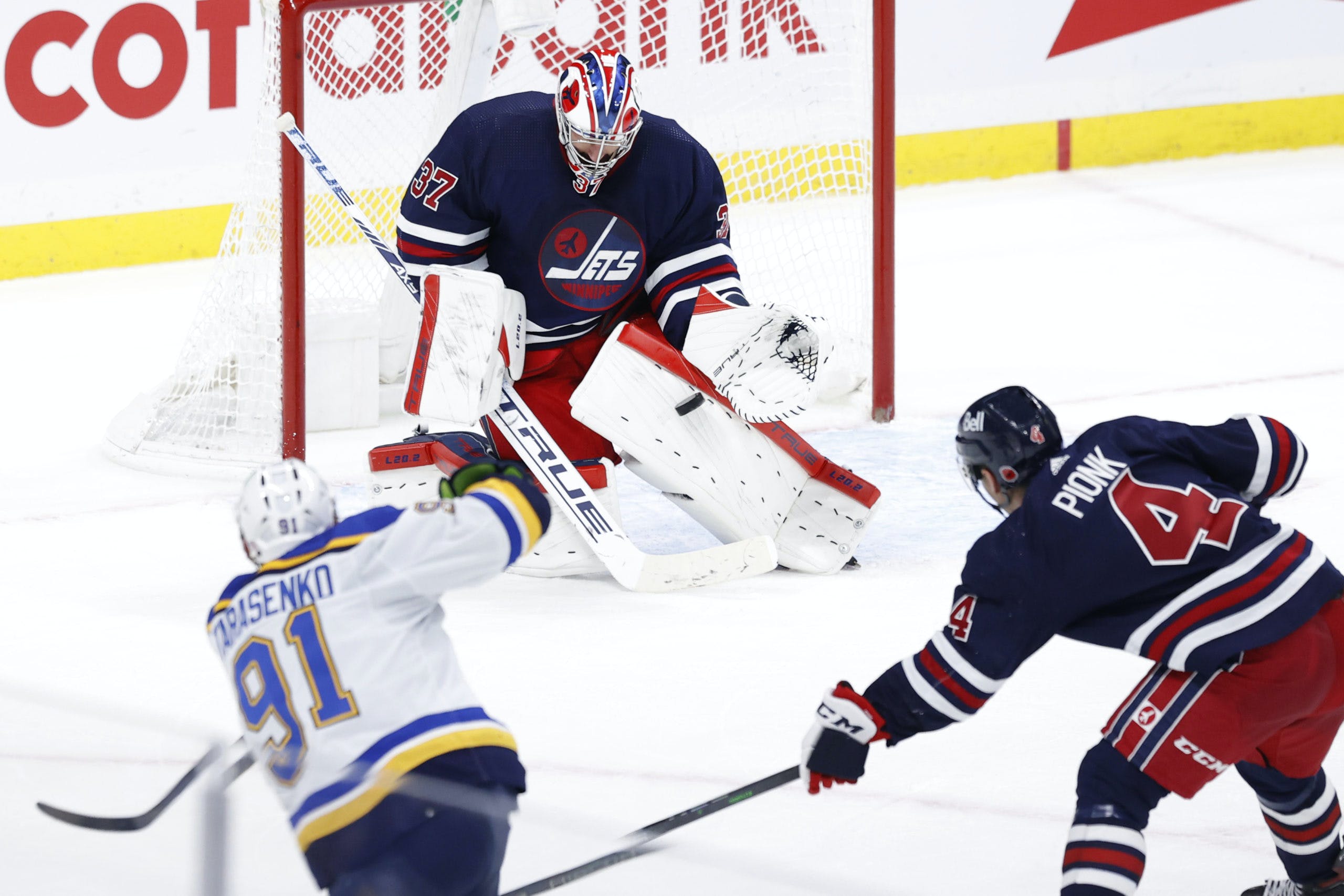 By Angus Hout
11 months ago
On Dec.17, it was Dave Lowry’s first game as head coach of the Winnipeg Jets. It didn’t go as well as we all hoped, as they ultimately lost 5-2 to the Washington Capitals.
Although, I think we can forgive Lowry for that first loss. I mean how long did he really have to prepare to be the head coach? Maybe 24 hours? Then, this team ended up losing both @Evgeny Svechnikov and @David Gustafsson to injuries. So maybe let’s lay off the new bench boss, at least for now.
In my previous betting article, I went for 2-for-6 on the night. That’s not a bad start to the Lowry era. Let’s see if my performance gets any better during Sunday afternoon’s game against the St. Louis Blues.

The Jets currently find themselves positioned fifth in the Central Division with a 13-11-5 record and 31 points. Also, the boys are just three points outside of the final wild-card spot, which is held by the Edmonton Oilers
Goaltender @Connor Hellebuyck is expected to receive the start in goal during this afternoon match-up. Hellebuyck has posted a 10-9-4 record, a 2.72 goals-against average and a 2.72 save percentage this season.
Captain @Blake Wheeler is sidelined for a third straight game, Svechnokov is also out long-term. Gustafsson is considered questionable for this contest.
@Kyle Connor leads the Jets in goals (18) and points (32), Wheeler and @Nate Schmidt lead the club in assists with 16 each.
Winnipeg’s power play is humming along as of late, being successful 17.8 per-cent of the time. That’s not too shabby; placing them 14th in the National Hockey League, according to NHL.com.

The Last time the Jets and Blues met up was back on Nov. 9, where St. Louis won 3-2 in a shootout.
The Blues are currently sitting third in the Central Division with a 17-8-5 record and 39 points on the season.  They won their last game against the Dallas Stars on Friday by a score of 4-1.
Goaltender @Charlie Lindgren is expected to make his fifth straight start Sunday. In five of his previous contests, the 28-year-old netminder owns a 5-0-0 record, a 1.22 goals-against average and a .958 save percentage during that span.
The Blues have a lot of players on the injured reserve as of right now, including @James Neal, @Klim Kostin, @David Perron, @Robert Thomas, @Brayden Schenn and @Ville Husso. @Scott Perunovich is considered questionable for this game.
@Vladimir Tarasenko, @Pavel Buchnevich, @Ivan Barbashev and @Brandon Saad lead St. Louis in goals with 11 each. @Robert Thomas leads the club with assists (20). Tarasenko is atop of the points category with 28.
The Blues power play is currently third in the NHL with a success rate of 27.1 per-cent.