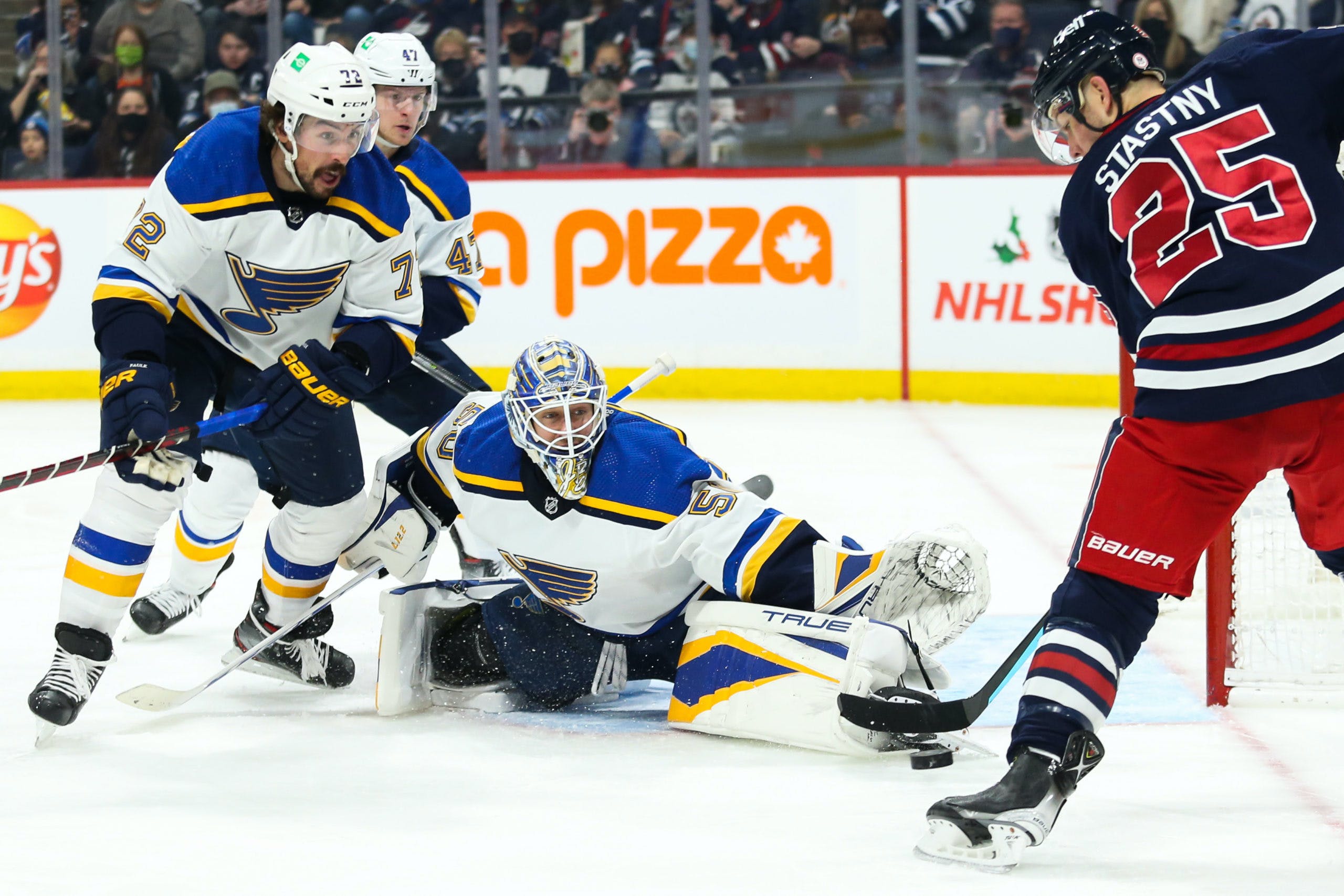 By Angus Hout
8 months ago
The Winnipeg Jets are coming off a 5-2 loss to the New York Islanders, falling to goaltender @Semyon Varlamov, who owns a 4-12-1 record this season.
Looking on the bright side, veteran @Paul Stastny picked up his 30th point of the season, increasing his trade value before the Mar. 21 deadline. Additionally, forward @Kyle Connor scored his 36th goal of 2021-22 and is just four away from his first 40-goal performance.
It’s also worth mentioning that Dauphin, Manitoba native, Barry Trotz, picked up his 900th NHL victory as a head coach during this contest, as well.
On the betting front, things haven’t gotten better for me so far as I fell 0-for-6 once again. Not sure what’s worse, the Jets’ power play from earlier this season or my betting picks.

There’s still a 6.0 per-cent chance the Jets make the playoffs this year, according to MoneyPuck.com. This club currently holds a 26-23-10 record and 62 points.
Starter @Connor Hellebuyck will start once again Sunday against the St. Louis Blues. Overall, the 6’4″ goaltender possesses a 19-21-9 record, a 2.99 goals-against average and a .908 save percentage this season.
We can expect Winnipeg’s line-up to look exactly the same as it did during each of the previous two games, meaning the club will be without @Cole Perfetti (upper body), @Dylan Samberg (upper body), @Nathan Beaulieu (lower body), @Adam Brooks (healthy scratch) and @Ville Heinola (emergency call-up).
Connor leads the Jets in goals (36) and points (66). Captain @Blake Wheeler holds the team share in assists (34).
In 2021-22, the Jets feature a 2-0-1 record against the Blues and this will be their final meeting of the regular season. Who knows if they’ll face each other in the playoffs because, well, only one of these franchises holds a post-season spot at the moment.

The Blues are enjoying another successful season, as they are looking to make the playoffs for a fourth consecutive year. They’re rocking a 34-17-7 record, translating to 75 points. In addition, this team is looking to extend its winning streak to three straight in this contest.
@Jordan Kyrou is enjoying a stellar performance this season, leading the Blues in goals (22) and points (58).
St. Louis will be without @Pavel Buchnevich (concussion), @Oskar Sundqvist (lower body), @Scott Perunovich (wrist) and @Jake Walman (healthy scratch).