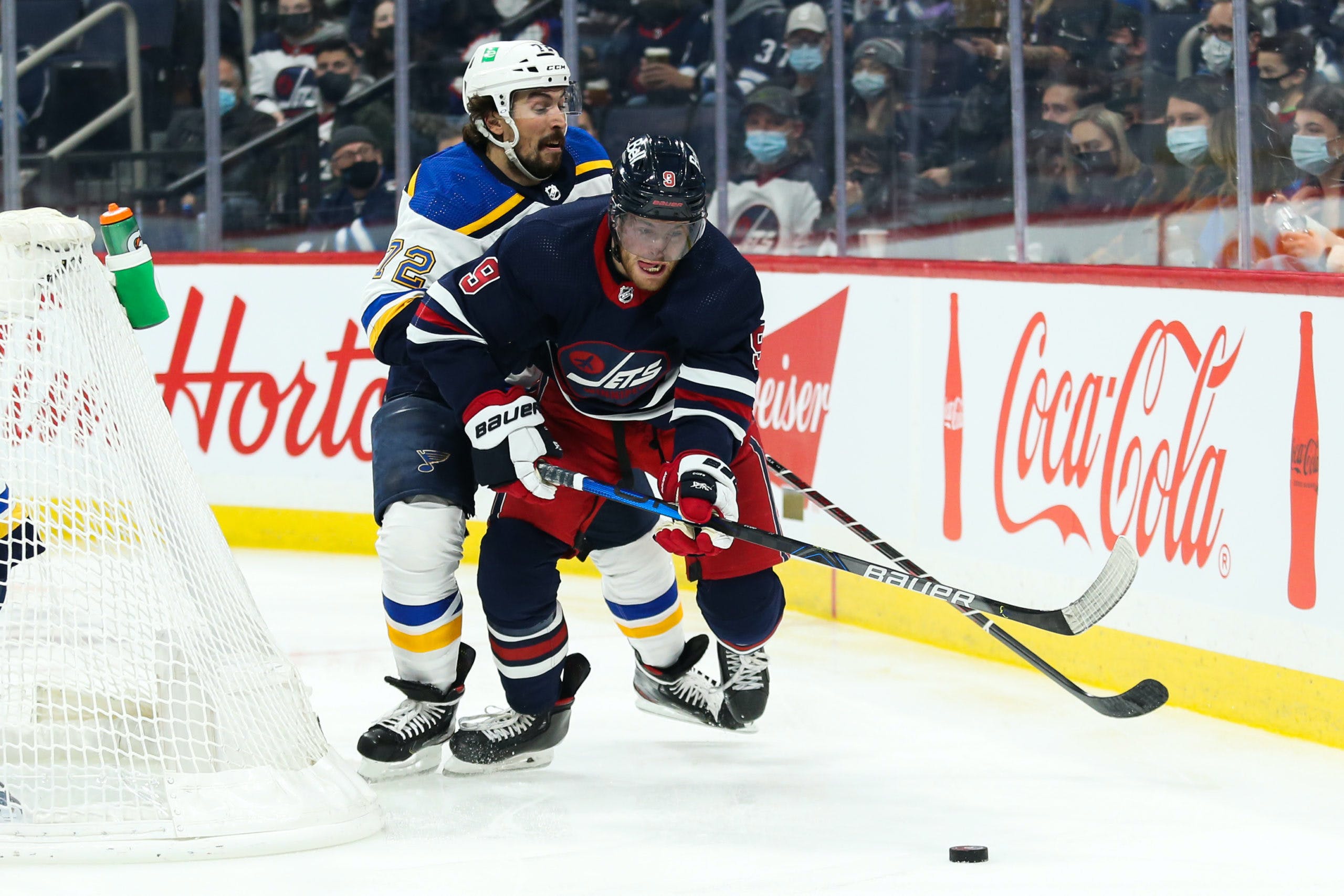 By Angus Hout
9 months ago
On Jan. 27, the Winnipeg Jets were handed their sixth straight loss to the Vancouver Canucks, falling 5-1. If there was one positive thing to come out of that last outing, it was @Andrew Copp scoring a beautiful baseball-style goal at the side of the net.
Other than that, it was a very disappointing night for Winnipeg and its fans.
On the betting front, I went 2-for-6 on the night. I will take some time to relax and try to get back into winning bets. During this afternoon contest, we should discover the answer to our question, can the Jets break their longest losing skid of the year? Let’s hope so.

The Jets aren’t enjoying a good time right now. Due to injuries to key players, it feels like half the team is being filled out by AHLers. Currently, this club finds itself sixth in the Central Division with a 17-16-7 record and 41 points.
For the 14th straight game, interim coach Dave Lowry will start @Connor Hellebuyck. In his last 10 starts, he owns a 3-5-2 record. Overall, Hellebuyck has posted a 14-14-6 record, a .909 save percentage and a 2.93 goals-against average.
The Jets will be without @Nikolaj Ehlers (lower-body), @Dominic Toninato (COVID-19), @Josh Morrissey (COVID-19), @Dylan Demelo (lower-body), @Logan Stanley (lower-body) and @Dylan Samberg (upper-body).
Forward @Kyle Connor leads Winnipeg in goals (23), assists (19) and points (42).

The Blues are having a great time right now, as they’re 7-3-0 over their last 10 games. In that time, they’ve either been blown out or have run their opponent out of town themselves. In addition, only two of those games have been decided by one goal.
On the season, the Blues are rocking with a 26-12-5 record and are third in the Central Division. A win or an overtime loss against the Jets would allow them to jump up to second place.
@Ville Husso will be manning the crease in this afternoon affair. Despite this being his second NHL season, Husso is enjoying a solid performance thus far, posting a 9-2-1 record, a .945 save percentage and a 1.81 goals-against average.
@Jordan Kyrou leads St. Louis in goals (17) and points (42) while @Robert Thomas leads the team in assists (27).