Jets are over relying on perfect shots, Connor Hellebuyck so far this season 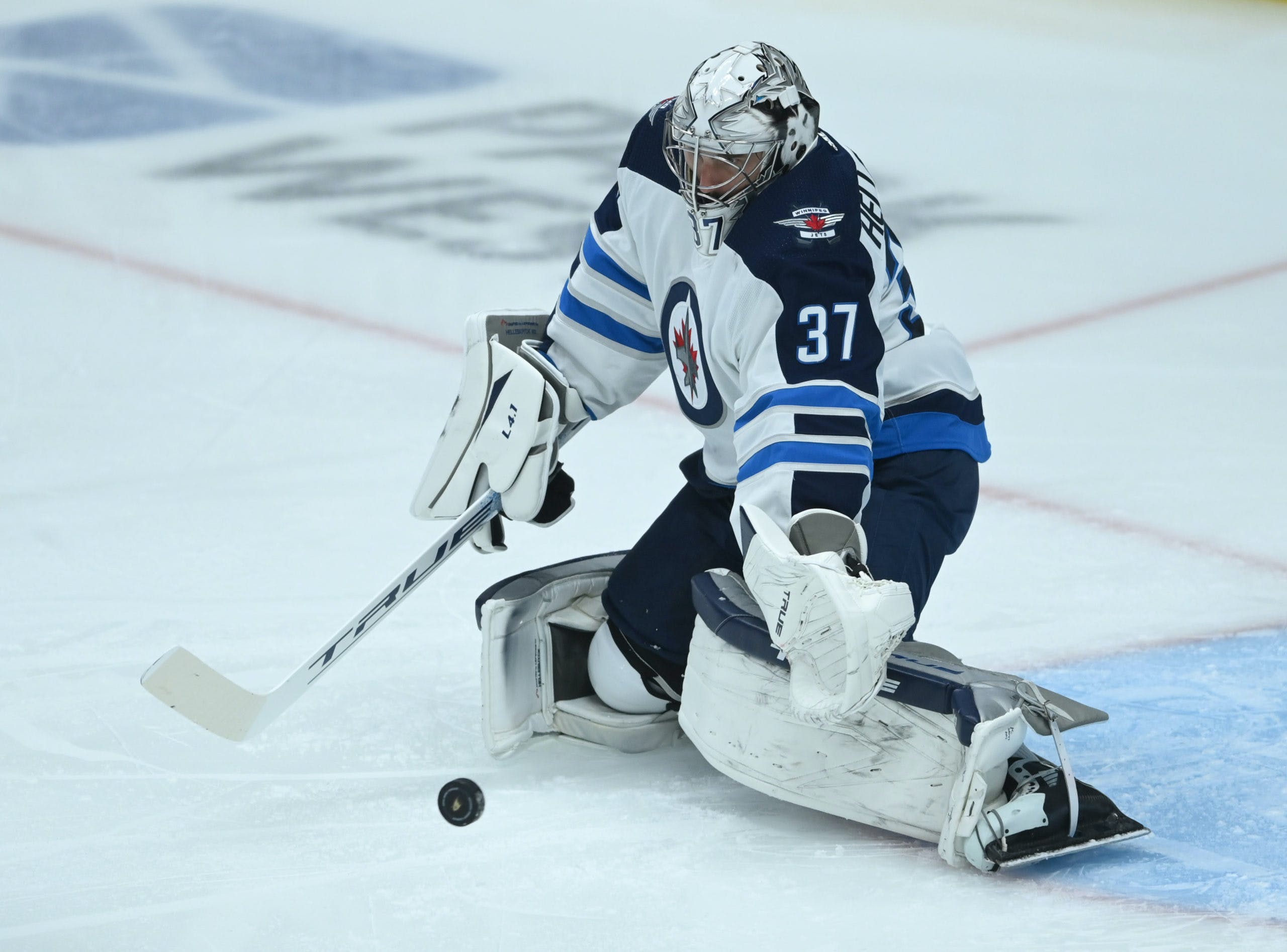 By Angus Hout
1 year ago
Since @Blake Wheeler and @Mark Scheifele have been unavailable due to COVID-19, the Winnipeg Jets have won four straight games, placing them third in the Central Division. Pretty darn cool, right?
That said, have the Jets deserved those four wins? Or are they relying on perfect shot selections and @Connor Hellebuyck playing like a Vezina-calibre goaltender every night? It certainly seems like that’s been the case recently.
My question is can this team continue winning contests if they remain a run-and-gun style offence while also placing a ton of pressure on the goaltending position? Let’s explore those questions.

I love watching Hellebuyck, that man is in the zone almost every single night. Without question, out of all the candidates, he was the most deserving of the Vezina Trophy in 2019-20.
Of the last three games that the 28-year-old has started, the Jets have outscored their opponents 15-9 but have been outshot in all three games 103-80, meaning they were largely outplayed in all three of those contests. In total, Hellebuyck is working harder than nearly all other goalies in the league, as he’s tied for the third-most saves on unblocked shot attempts (345), according to MoneyPuck.com.
Comparing his performance over these last three games versus his first three of the 2021-22 season, Hellebuyck’s results have improved from a .891 save percentage and a 3.67 goals-against average to an impressive .918 save percentage and a 2.66 goals-against average.
To make a long story short, the Jets are more often than not relying on Hellebuyck to bail them in order to win games.

This will all connect shortly, but I’ll start by admitting I want Paul Maurice gone. He’s not a quality head coach who’s running a predictable defensive structure that most teams have figured out. Maurice is lucky to have Hellebuyck as his goaltender because just an average goalie would likely produce some tremendously terrible stats.
Watching Winnipeg’s defence struggle to make outlet passes takes me back to watching the Edmonton Oilers when they were coached by Craig MacTavish, where you’d witness a bunch of weak passes in the offensive zone until there was a clear shooting lane. So I think that’s one of the many reasons why the Jets are being dominated in shots on goal because they’re looking for perfect shots
Yeah, it looks great when the Jets can win 5-1 or 6-4, but when they got burnt against the Minnesota Wild back on Oct. 19 because of always looking for the perfect shot – similar outcomes are likely going to continue happening unless a change in philosophy occurs.
These last four games have shown resilience as this team has played without two everyday players. Still, I’m a little worried about their chances long-term if this type of style remains all season long. Sure, high-scoring performances are fun to watch but it gets me stressed, especially if this club wants to contend for the Stanley Cup this summer.
Uncategorized
Recent articles from Angus Hout