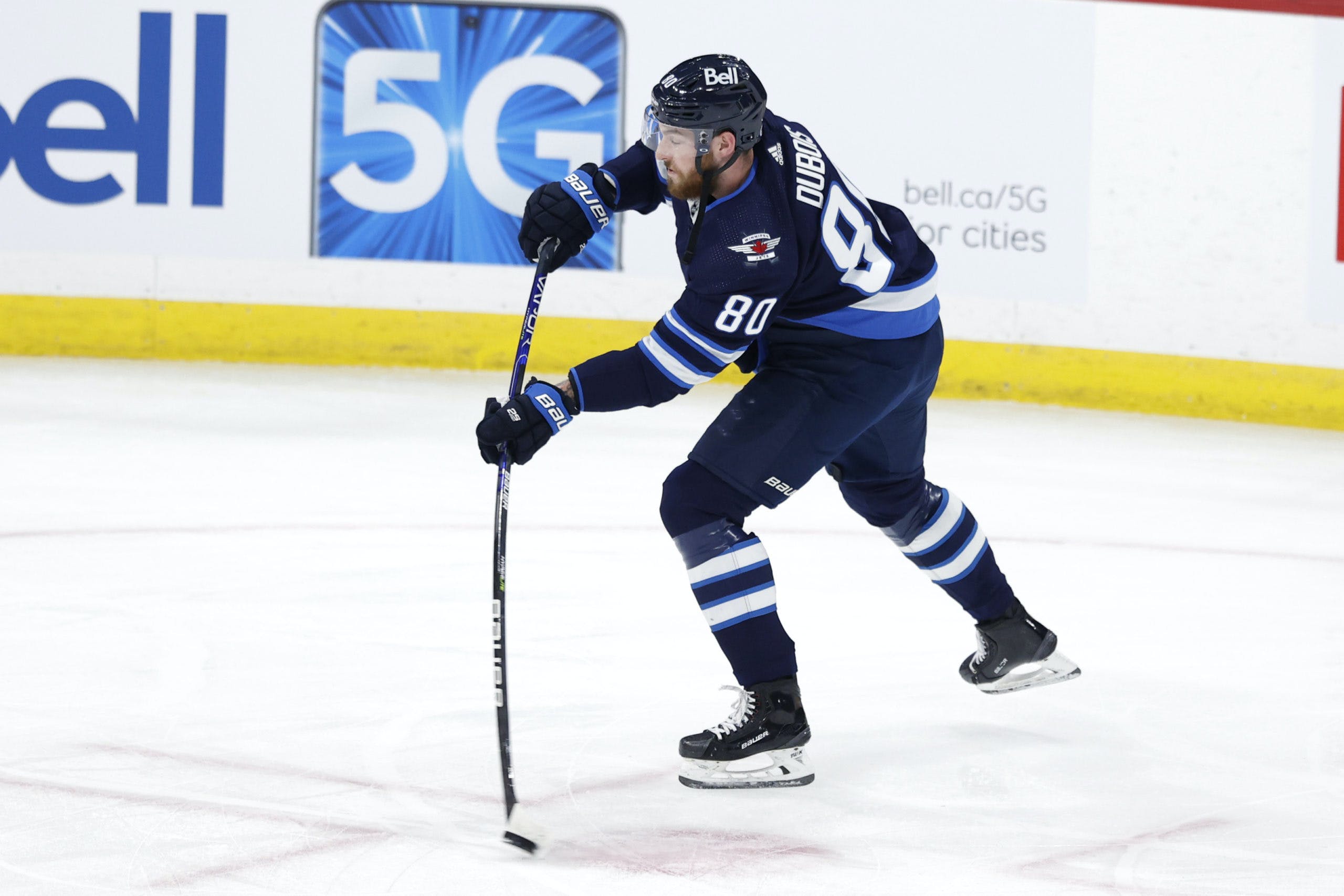 By Angus Hout
6 months ago
After a rough first season with the Winnipeg Jets, @Pierre-Luc Dubois returned to his dominant power-forward form in 2021-22. It was a great season for the Ste-Agathe-Des-Monts, Quebec-born player.
In almost no time at all, Dubois went from an underperformer to a fan-favourite icon. That’s pretty remarkable. It also speaks volumes about how tough it was to change teams during a COVID-shortened season. Not to mention, having to quarantine in a hotel room by himself for 14 days.
At just 23-years-old, Dubois has now completed five NHL seasons, which is quite astonishing. And he’s still got several years ahead of him, too. His most recent performance was undoubtedly the most impressive one of his career thus far.
To recap, let’s look through what went well and poorly for Dubois this past season along with my predictions for next season.

Dubois started his scoring campaign during the second game of the season against the San Jose Sharks, which began a four-game scoring streak. He posted four goals and six points during that stretch.
According to NaturalStatTrick, Dubois scored a career-high 28 goals this season, scoring 15 of those with the extra man. He led the Jets in that regard.
Statistically, Dubois finished with the fourth-best Corsi For Percentage (51.6 per cent) at even-strength among all qualified Jets forwards (min. 20 games). Also, he concluded the campaign with a 51.7 per cent Fenwick For Percentage and a 63.6 per cent Expected Goals For Percentage. Not too shabby.
The 23-year-old proved that he could serve as a leader on and off the ice. At such a young age, he stepped into battle every single game without lacking any effort. He stood up for himself and his teammate. He displayed respect for the crest on the front of the jersey and the name on the back of it, as well. His 43 blocks ranked second-most among all Winnipeg forwards.
Another step Dubois took was developing a sensational connection with teammate @Kyle Connor. They were pure magic together. All season long, you could watch Dubois set up Connor and wait for something special to happen – and vice versa. Their chemistry only got better and better throughout the season.
One of my favourite moments from Dubois has to be his overtime-winner against the St. Louis Blues on Mar. 13.

There wasn’t much to complain about regarding Dubois’ 2021-22 season. However, he was on the ice for eight power-play goals against – the most of his career in a single season.
Dubois also committed 42 giveaways, which placed 10th-worst on the team. The face-off dot wasn’t kind to the power forward, either, as he only won 46.9 per cent of faceoffs.

At the moment, Dubois is slated to become a restricted free agent and remains without a contract extension.
But regardless of what his next contract is, I think we’ll witness another great season from the Quebec native. I wouldn’t be shocked if he scores 35 goals and upwards of 75 points. Both of which would shatter his current career-highs.
Moreover, if the Jets hire the right coach, Dubois might be a force that the NHL hasn’t seen since the great @Jarome Iginla. If the Jets can bring back @Evgeny Svechnikov and the coaching staff pairs him with Dubois and Connor, there’s no telling how effective they could be.