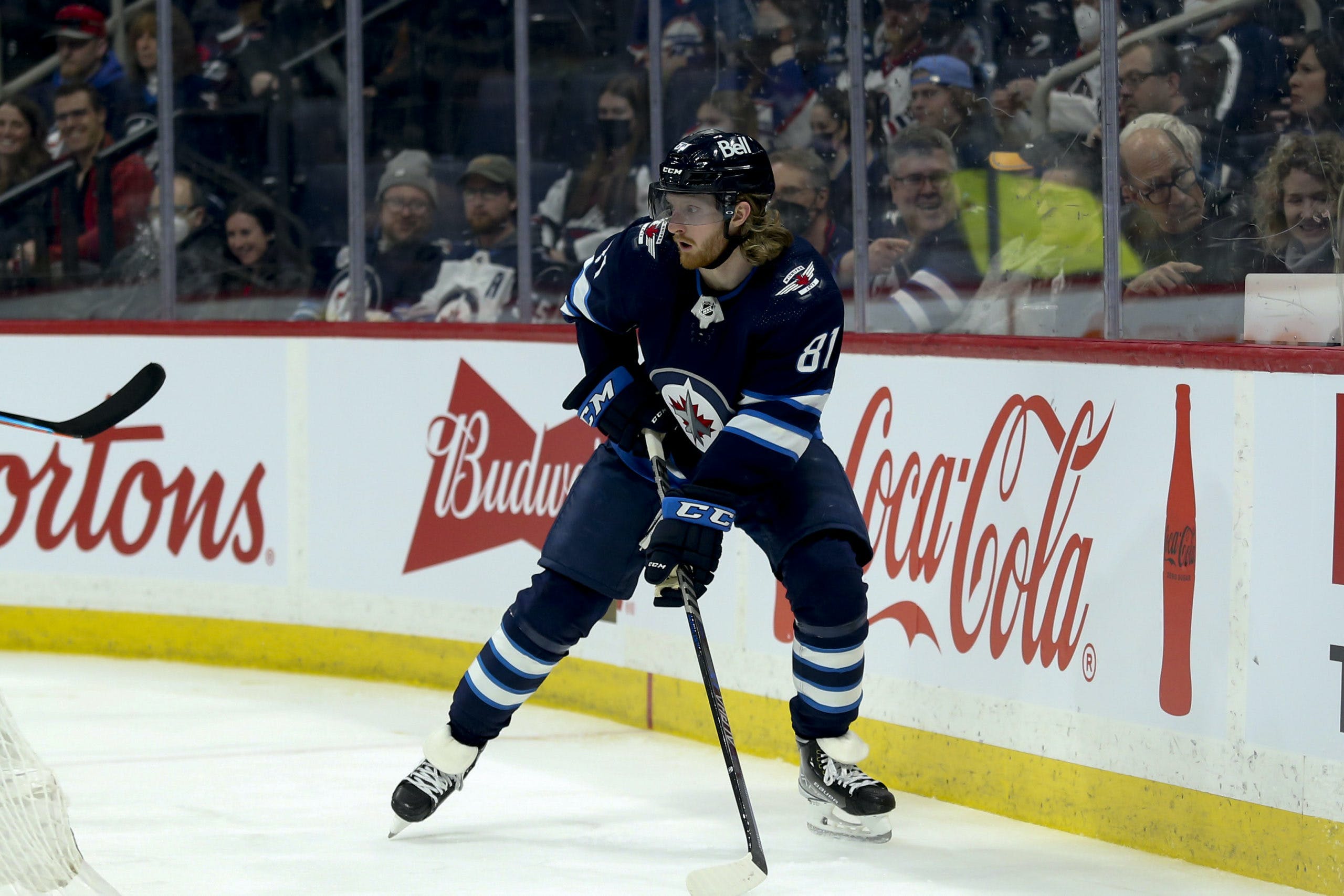 By Thomas Hall
6 months ago
Heading into the 2021-22 season, forward @Kyle Connor was already known as an elite scorer and one of the main threats on the Winnipeg Jets’ roster. But as the season continued, he further cemented his status as one of the most – if not the most – underrated players in the league.
At 25, the former 17th overall selection from the 2015 NHL Draft served a vital role for the Jets once again, but unlike in previous campaigns, his value was evident on the power play, penalty kill and at even-strength. In the prime of his career, he elevated his craft to another level. That’s remarkably impressive.
Thanks to his efforts, Connor received his first career all-star nomination this past season, where he represented the Jets at the 2021-22 All-Star Game in Las Vegas.
As for the rest of his performance, let’s explore the positives and negatives of Connor’s sixth NHL season.

To put it simply, Connor was an offensive monster in 2021-22. He set new career-highs in total goals (43) and points (93), which saw him finish first in both categories among all Jets skaters.
With each of those totals, the 6’1″ winger broke the Jets’ 2.0 franchise records for most goals and points in a single season since relocation. Not too shabby for No. 81.
Amongst the rest of the league, Connor ranked tied for the fifth-most goals and earned the 10th-most points, as well. Though, given his current stature, watching him finish near the top of the leaderboard in scoring wasn’t entirely surprising.
Having said that, his ability to transition into a distributor on the power play, rather than just a set sniper was extremely eye-opening. Once opposing teams started clogging his shooting lanes on the right side, he was forced to adjust on the fly, causing him to become more of a playmaker with the man advantage.
Doing just that, Connor destroyed his previous career mark in power-play assists (eight), posting 20 helpers during these situations, with 13 of them as primary assists. Paired with his eight goals, he led all Winnipeg skaters in power-play points (28).
If that weren’t enough, the Shelby Township, Michigan, native was also assigned to Winnipeg’s penalty kill, where he logged a career-high 110:22 minutes. His previous mark was set at 74:28 minutes in 2019-20.
There, Connor not only added a scoring presence to the PK, courtesy of his three shorthanded goals, but he also made a defensive impact, too. In the end, he recorded the highest Corsi For Percentage (20.36 per cent) and Fenwick For Percentage (22.04 per cent), along with the second-highest Expected Goals For Percentage (21.56 per cent) among all Jets forwards, according to NaturalStatTrick.com.
Not to mention, there weren’t many other skaters in the NHL more disciplined than Connor, who took just a pair of penalties this past season. That tied him for second-fewest in the league, making him a leading candidate for the 2021-22 Lady Byng Memorial Trophy.

Considering all these positives, there weren’t many things to complain about regarding Connor’s latest showing. Of course, his defence at even-strength remains a focal point, although that area wasn’t as concerning as it’s been in recent seasons.
At 5-on-5, the talented forward registered a 49.87 per cent CF Percentage and a 49.24 per cent FF Percentage, however, his xGF (48.53 per cent) and HDCF Percentages (48.37 per cent) were notable as they were the highest they’ve been since 2017-18. That was Connor’s first full NHL season.
Understandably, playing alongside teammate @Pierre-Luc Dubois instead of @Mark Scheifele and @Blake Wheeler did wonders for Connor’s defence. It stands to wonder why that dynamic duo wasn’t kept together throughout the entire schedule.
Perhaps whoever takes over as Winnipeg’s next head coach will realize how effective the combination of Connor and Dubois truly is at even strength. But alas, we’ll have to wait on that front.
If not for a bout with COVID-19, chances are the sharp-shooting lefty would’ve appeared in all 82 games, instead of the 79 he was limited to.

Coming off this sensational performance, it’s fair to wonder what comes next for Connor in 2022-23? If this past season is any indication, Jets fans are in for plenty of scoring next season.
Assuming he stays healthy, of course, Winnipeg’s elite scoring weapon should be poised to reach the 40-goal mark for a second straight campaign. Hopefully, enough pucks will bounce his way so that he can join the 50-goal club that eluded him in 2021-22.
Either way, Connor stands to enjoy another successful performance during his seventh season with the Jets.