Jets should revamp their bottom-six forwards 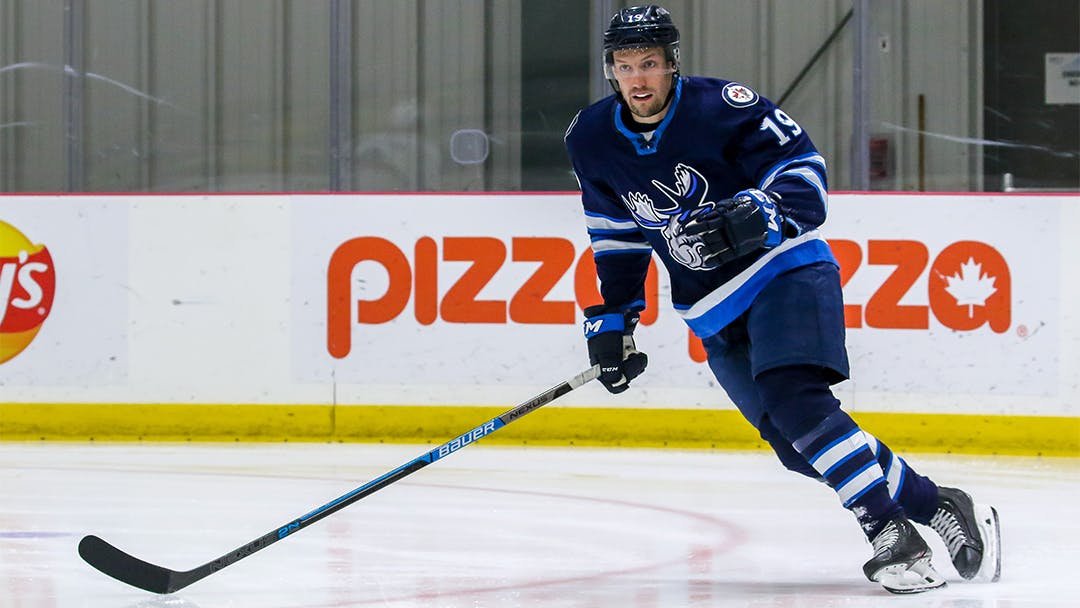 By Colton Davies
6 months ago
The Winnipeg Jets have a handful of items they need to erase off their whiteboard this summer, one of them should be revamping their bottom-six forward group.
Traditionally, that mix is normally filled with role players and grinders. Teams like the Tampa Bay Lightning, Florida Panthers, Minnesota Wild and Colorado Avalanche have some of the best bottom-six groups in the entire league. The back-to-back Stanley Cup champions’ bottom-six consisted of players like @Tyler Johnson, @Yanni Gourde, @Barclay Goodrow, @Blake Coleman, @Patrick Maroon and @Ross Colton.
All those players had a role to play, whether it was putting pucks in the back of the net or being a physically dominant specimen that wears their opponent down, they all attributed to the Bolts’ Stanley Cup victories.
When it comes to the Jets, though, their forward lines have fluctuated throughout this year, which included @Adam Lowry, @Mason Appleton, @Morgan Barron and @Evgeny Svechnikov to name a few. All have found success in their respective roles, but now’s the time to shake it up. Better yet, they don’t necessarily need to go out and buy any players, they can look in their backyard and handpick a few skaters from the Manitoba Moose.
One player to keep an eye on is prospect @David Gustafsson. The 2018 second-round pick is a strong two-way forward that’s all substance and no flash. Gustafsson had a career-high 30 points (15 goals, 15 assists) in 47 games this year, ranking sixth among all Moose skaters in that regard. Additionally, His shooting percentage sat at 14.7 per cent.
The 22-year-old has also seen NHL action, a total of 28 games since the 2019-20 campaign, totalling just one goal. Gustafsson played in two games this past season while the Jets were dealing with injuries and COVID-related issues, registering a 37.5 per cent Corsi For Percentage (CF%).
His limited scoring ability makes him a perfect threat for the bottom six. His playstyle suits him as a role player and as a guy you can rely on in most situations. He found himself on the Moose’s power play, which saw him register six goals. The Jets have a history of being able to develop these types of players, @Andrew Copp is a prime example. He spent a couple of seasons down on the third line grinding it out with Lowry and Appleton. That combination became arguably one of the best throughout the league. Over 292:45 minutes of ice-time together, they combined for 12 goals and a 43.1 per cent CF%.
Copp had already seen top-line minutes but was able to find himself a prominent role within the Jets organization. Before being traded at the trade deadline, Copp was on fire, registering 35 points (13 goals, 22 assists) in 56 games. He finished the regular season scoring 18 points (eight goals, 10 assists) in 16 games with the New York Ranger, setting career-highs in all departments.
If the Jets do one thing right, it’s developing young forwards.
Another name to keep an eye on is Winnipeg’s 2021 first-round pick, @Chaz Lucius. Lucius is a high octane offensive centre who recently registered 19 points (nine goals, 10 assists) in 24 games with the University of Minnesota Gophers of the NCAA. Lucius’s recent entry-level signing to the Jets came as a surprise to some, as people thought he’d return to school for another year of development.
But, that’s not the case, and there is something special that Lucius possesses, the drive and willingness to sacrifice everything to succeed. In recent years, the Jets have struggled to find roles for younger guys like @Cole Perfetti, @Ville Heinola and others, however, Lucius is a player who could make a jump into the line-up next season.
Other players to watch could be @Jeff Malott, @Daniel Torgersson and @Kristian Vesalainen. With a handful of players available in their system, you hold zero risk of implementing one of them into your line-up. I wouldn’t be surprised to see a handful of these guys as regulars in the coming years.