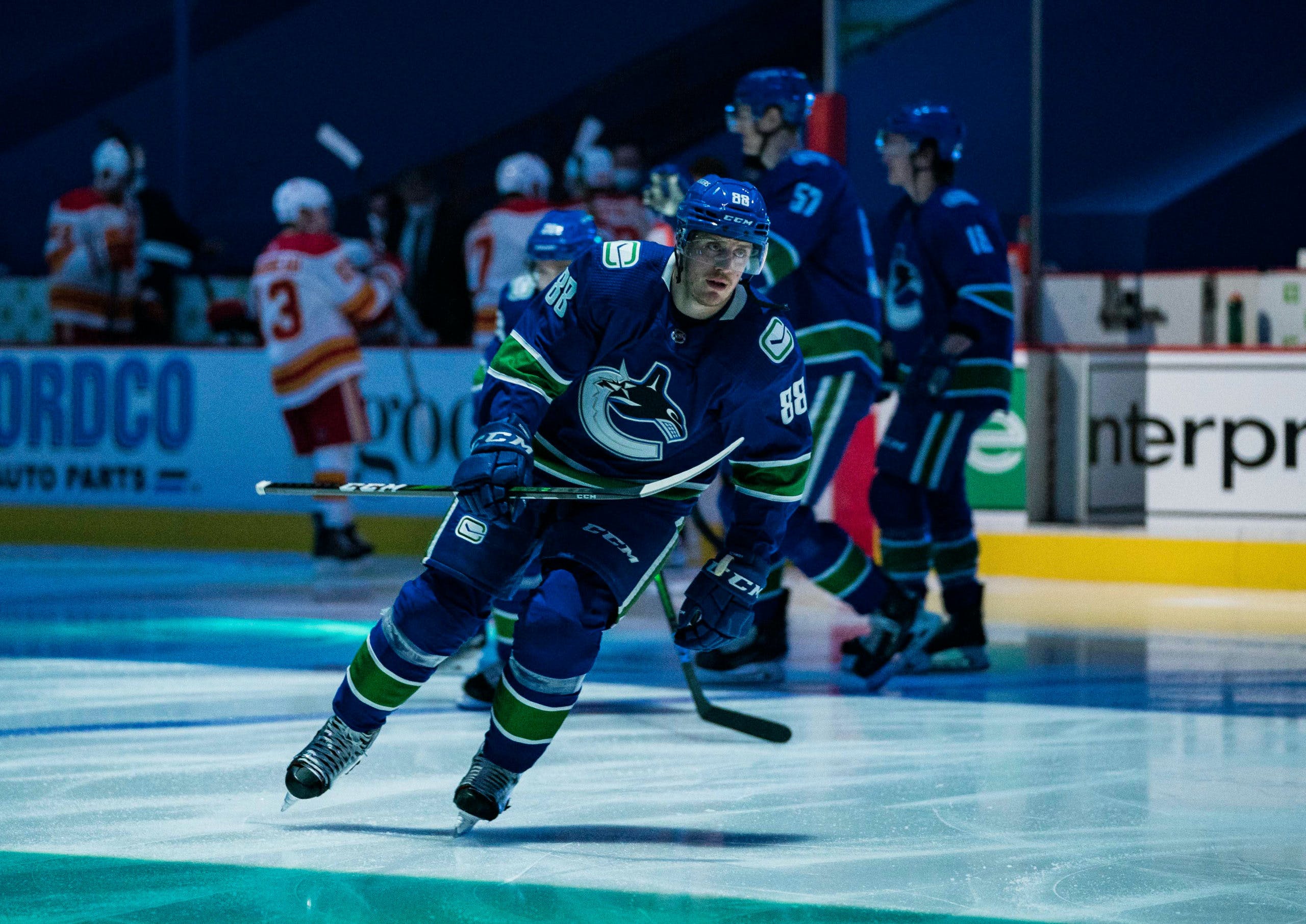 By Angus Hout
1 year ago
From Las Vegas to Vancouver to Winnipeg and only being traded for a third-round pick twice, @Nate Schmidt is one of the newest Jets and here’s what can we expect from the veteran blueliner in 2021-22.
Coming off one of his weakest seasons as a full-time NHLer, which saw him endure one of the worst offensive and defensive performances of his career, Schmidt is looking for a new chance to return to his former glory days.
Schmidt spent the 2020-21 campaign with a weak and COVID-riddled Vancouver Canucks team. So there’s a clear explanation for why he only scored five goals and 15 points in 56 games. Prior to last season, the 2015-16 season served as his most forgettable offensive showing, as he recorded just two goals and 16 points through 72 games.
As for how Schmidt’s contract factors into this equation, his current deal features a $5.9 million cap hit per season through 2024-25, according to PuckPedia.com. As a result, the 6’1″ defenseman will be under contract for the next four campaigns and, as of now, won’t be eligible for unrestricted free agency until his age-34 season.
While Schmidt is left-handed, he’s historically preferred to play on his offside and is expected to do so once again this season, potentially allowing him to skate alongside teammate @Josh Morrissey on the Jets’ top defensive pairing.
Along with serving a vital role during five-on-five situations, Schmidt could also earn some opportunities on one of the two power-play units, especially since he’s been productive on special teams in the past. From 2017-18 to 2019-20, the former undrafted free agent registered 5.43 points per 60 minutes on the power play.
Though @Neal Pionk and Morrissey are expected to occupy the bulk of the power-play time, if Schmidt can get out on the ice he could be very impactful in that type of role for the Jets.
Not to get too excited, but the former Golden Knight has proven to be a quality playoff performer, creating six goals and 25 points in 68 career games. While he still hasn’t captured a Stanley Cup, he’s participated in a pair of Western Conference Finals and has also advanced to the Stanley Cup Finals as well, which is some postseason experience the Jets could use.
Schmidt is also a mad man when it comes to blocking shots, last season with the Canucks he blocked 72 shots in 54 games and 91 shots the season before. The one knock on the new defender is he’s never played a full 82-game season. Last season was the closest he’s come to accomplishing that feat, playing 54 out 56 games of the season – 96 percent of the schedule.
Schmidt is a solid two-way defender that should fit very well on the Jets’ blueline, allowing him to cover some of the failures that last season’s defensive group endured, which ultimately left goaltender @Connor Hellebuyck out to dry most times.
After gaining this perspective, how confident are you in Schmidt’s ability to bounce back this season? Let me know in the comments below.
Uncategorized
Recent articles from Angus Hout