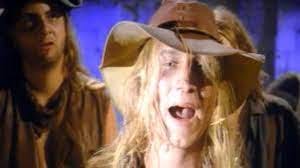 By Angus Hout
1 month ago
If you asked me what the current Winnipeg Jets song was before Tuesday I could not of told you. As it turns out its a song called “Gonna Celebrate”  by The Phantoms. I got to hear it five times during the 5-3 Winnipeg Jets victory over the Ottawa Senators on September 28th. I don’t want to rip on the Phantoms who have a pretty good catalog of music, “Gonna Celebrate” is not an accurate representation of their music. It’s a very generic mid 2010’s indie pop song ,one you find for commercials, recent EA sports games and goal songs for lesser sports leagues. Take a listen and judge for yourself.
Both the Calgary Flames and Toronto Maple Leafs have their perspective songs play through the TV when they score, so you’re not just hearing the song at the rink you’re getting that experience at home as well. For Jets fans the song stays in the rink, I know that there are licensing rights that need to be dealt with but the whole experience should be for the fans whether they are at the game itself or watching from home.  Let’s discuss three great songs that could replace the song “Gonna Celebrate”.

Where did he come from where did he go? Cotton Eyed Joe is an essential song to every wedding, social, and dance. If I don’t hear Cotton Eyed Joe I feel a little ripped off. The song is an earworm that can get almost everyone in the crowd hyped up. How mad would opposing players be if the Jets started running up the score and the opponents had to hear Cotton Eyed Joe seven or eight times in a night? I’m sure they wouldn’t be happy especially if they got it stuck in their head on the flight back home. The simple ability to bother your opponents with such a ridiculous goal song is a solid way to add a little extra salt to the wound. The thing that could take Cotton Eyed Joe to the next level would be if the Jets media team could get fans into clapping with the beat. In the preseason game, I went to against the Ottawa Senators the building was electric even though it was only 75 percent full but to still have a minimum of 13,000ish fans clap on the beat to the Cotton Eyed Joe it’ll just add to the energy of the game that much more.

Nickelback- Burn It to the Ground

As a good old Canadian Boy, I’d be a fool to leave both The Tragically Hip or Nickelback off this list. Burn it to the ground is a solid rock where it has a fast-paced tempo with a part in the chorus where the fans can chant with the song. I’m sure some fool is going to say “No one likes Nickelback, why would you choose them”? To you, I say go to a bar or a party and play Nickelback everyone is going to know the words and everyone is going to be into the music of Nickelback.  People seem to like that band from Hanna Alberta.

From one of my favorite movies “8 Mile” Lose yourself just hits on another level. Does it bring the fans to their feet like the other songs on this list? No. But it is a song that you hear and you just want to see another goal. Lose Yourself makes you want to dig a little deeper and you want to see another goal come up from it. Lose yourself is an anthem that everyone has heard and probably used to get themselves ready for a big meeting or life event. Lose yourself won’t get Canada Life Centre loud but it will get everyone in the mood for more hockey action.

You get a bonus song for fun! Have you ever been to an event and Man! I feel like a Woman! comes on? Everyone has, and it’s probably the high point of the night. The opening four chords are enough to make every person want to kick down a door. The Hype is right there. I would be willing to bet you a brown bill almost everyone in the country knows how that song goes. Imagine the Jets score and Man! I feel like a Woman! comes on the crowd will go from excited to absolutely bonkers. It would be super sweet if they could mix it where you could get the opening notes and then go straight into the chorus and have the home crowd yelling “Oh, oh, oh” it would just take the Jets games to another level.
Would you rather a team goal song for the Winnipeg Jets or would you want players to choose their own goal song?
Uncategorized
Recent articles from Angus Hout