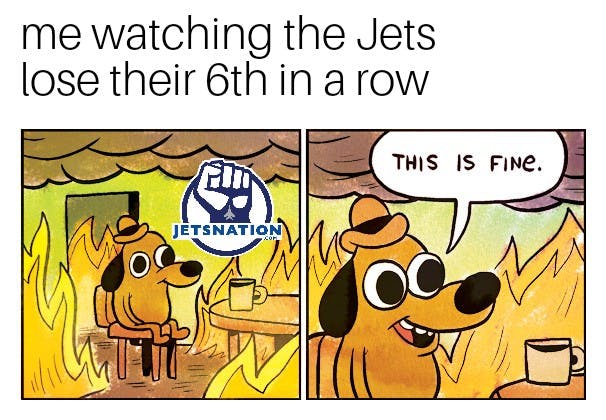 By Angus Hout
1 year ago
Friday night, the Winnipeg Jets lost their sixth straight game. I’ve been trying to stay positive and I’m hoping things will turn around before the playoffs begin, and even joked that they’re losing on purpose so they don’t need to face the Edmonton Oilers in the first round. But a lot of people are starting to call for Paul Maurice’s job, especially after that sixth loss. I watched the Oilers during their “Decade of Darkness,” I know how frustrating it is to watch a team be up 3-1 and then blow it in the last 30 minutes of the game. I don’t think Maurice, who has the second-longest tenure as a head coach in the NHL, will be fired with only six games left in the regular season. There are several reasons why the Jets are having a rough go at it right now, so let’s go through it.

Injuries and Guys Playing Above Their Heads

I think some exhaustion has set in for some of the players. Others like @Mason Appleton, have started playing more minutes than they’re used to and playing against other teams’ big guns simply because of injuries. In the second game against the Oilers, you saw the line blender come out just to see if there was some magical chemistry between the players, unfortunately, we didn’t see any chemistry that night. The only thing that went well that game was the one power-play opportunity.

Penalties have been killing the Jets during this losing skid. @Blake Wheeler is obviously pissed about losing games and missing time, so now he’s playing a little more reckless. The 3-1 loss against the Oilers on Apr. 28 was because Wheeler took two penalties, one of which was a double minor. The game-tying goal for the Montreal Canadiens on Friday, thanks to another penalty, was a bad play from @Josh Morrissey, which cost the Jets huge. I get it your team is in a bad losing spot and fans are starting to get upset, but if the Jets want to go deep in the playoffs they need to cut the emotion and stop taking these bad penalties and just relax. It was evident they were stressed on Friday against the Canadiens, bad passes and they only managed 22 shots on net, which is low for them. The penalty kill during this span has been bad. In the six-game tailspin, the Jets have had a 66% success rate on the penalty kill, which is brutal and it has cost them two games. The power play has been a joke, they’ve gone 1-for-13 in these last six games. When @Adam Lowry and @Nikolaj Ehlers return, hopefully, they can get back to scoring with the man advantage.

Issues With Helle, Lack of Brossoit

The last thing that’s plaguing the Jets during this skid is @Connor Hellebuyck and the lack of @Laurent Brossoit.  In the last five games, Hellebuyck has averaged a .792 save percentage. Yes, he was pulled in two of those games, but he’s in a crappy spot and I’m not sure if he’s been overplayed or if there’s an external reason why he’s not playing up to expectations. If you look at Brossoit, in his last five games he has a .935 save percentage. I’m not sure why Maurice isn’t giving his starter a break going into the playoffs, but that’s the coach’s call and we need to accept it even if it’s a stupid call.

Credit: Aaron Doster-USA TODAY Sports
I don’t think these losses are on the head coach, but if the Jets can’t win more than three of the final six games or they fall out of the playoffs, then I think Maurice and possibly Kevin Cheveldayoff could be looking for new jobs this summer.

Let me know what you think of the last six games, what needs to change and who’s to blame. You can comment below or you can always hit me on Twitter or Instagram, my handle is Angushout
Uncategorized
Recent articles from Angus Hout