If Laurent Brossoit Departs, Who Could Backup Connor Hellebuyck Next Season? 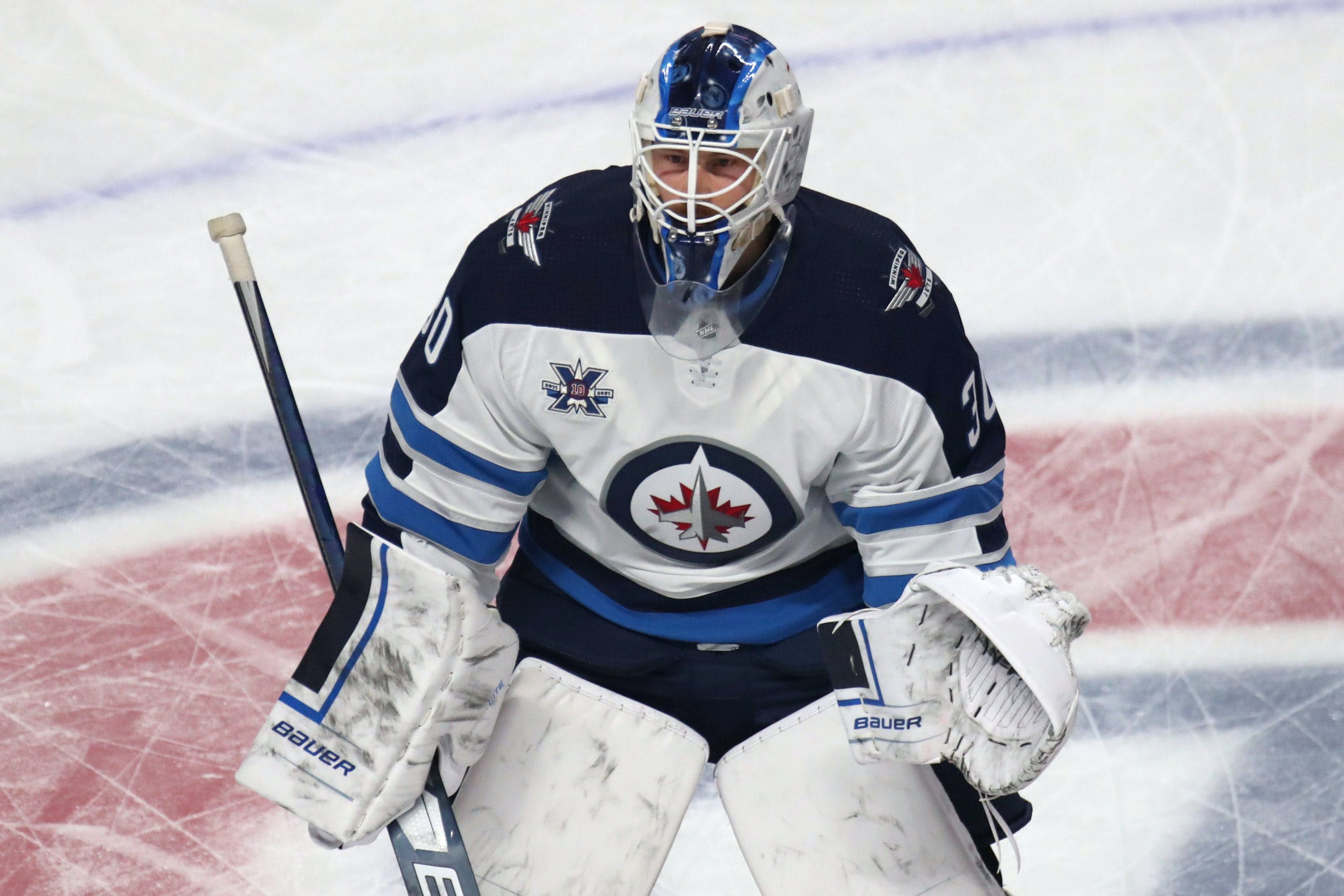 By Angus Hout
1 year ago
One of the players on the Winnipeg Jets’ roster who’s set to become an unrestricted free agent this summer is backup @Laurent Brossoit. If Brossoit isn’t picked up by the Seattle Kraken in next month’s expansion draft, he could potentially chase some more money in free agency and compete for a starting job rather than continuing to sit behind @Connor Hellebuyck for most of the season.

@David Rittich would be a great backup for the Jets. He could step in as the starter if something were to happen to Hellebuyck, as he took on a shared load with @Cam Talbot during the 2019-20 season. This season, Rittich started the season sitting behind @Jacob Markstrom in Calgary, which didn’t go well for the Flames. Later in the year, he was eventually shipped to the Toronto Maple Leafs, where he played three games and posted a record of 1-1-1. Over the last two seasons, Rittich has produced a record of 29-25-8, a .899 save percentage and a 2.86 goals-against average. With those numbers, the Jets could offer him an annual average value of around $2 million over two or three years.

@Antti Raanta would be my second choice if Brossoit is claimed by the Kraken or doesn’t re-sign. Raanta was with the 2014-15 Stanley Cup champions, the Chicago Blackhawks, but was the third-string goalie at that time. So he knows what it’s like to sit upstairs during the finals but doesn’t have that game experience yet. Like Rittich, Raanta has served as a backup over the past two seasons, producing a .913 save percentage and a 2.99 goals-against average with the Arizona Coyotes. Raanta’s record during that same span is 20-29-5.
Looking at his current contract and age, he could be searching for a three-year contract worth approximately $2.5 million. That’d be a little expensive for a goalie of his caliber, but he could be a good replacement for Brossoit and could have a mentorship role with the Jets as well.

Now I’m a bit of a gambling man, who loves high risk and high reward, so hopefully Kevin Cheveldayoff is too. The Manitoba Moose have a goalie by the name of @Mikhail Berdin. If you watch the Moose regularly, you probably already know about him, but if you’re like the rest of us you might not be very familiar with him. He was drafted in the sixth round during the 2016 NHL Draft. Berdin played for SKA St. Petersburg as a loaned player while waiting for the NHL/AHL season to start. He had some decent numbers over there, Berdin created a 2.51 goals-against average, a .912 save percentage and a record of 6-3-2.
Looking at his stats from the last two seasons in both the AHL and the KHL, where he generated a .900 save percentage and a 2.76 goals-against average. He’s currently making $700,000 per season and has one more year left on his contract. He might benefit from playing behind Hellebuyck in the long run and could develop into a starter in the NHL one day soon.
Let me know who you think should backup Hellebuyck if Brossoit isn’t here after the expansion draft or free agency. You can let me know in the comments below or hit me up on Instagram or Twitter – @angushout.
Uncategorized
Recent articles from Angus Hout