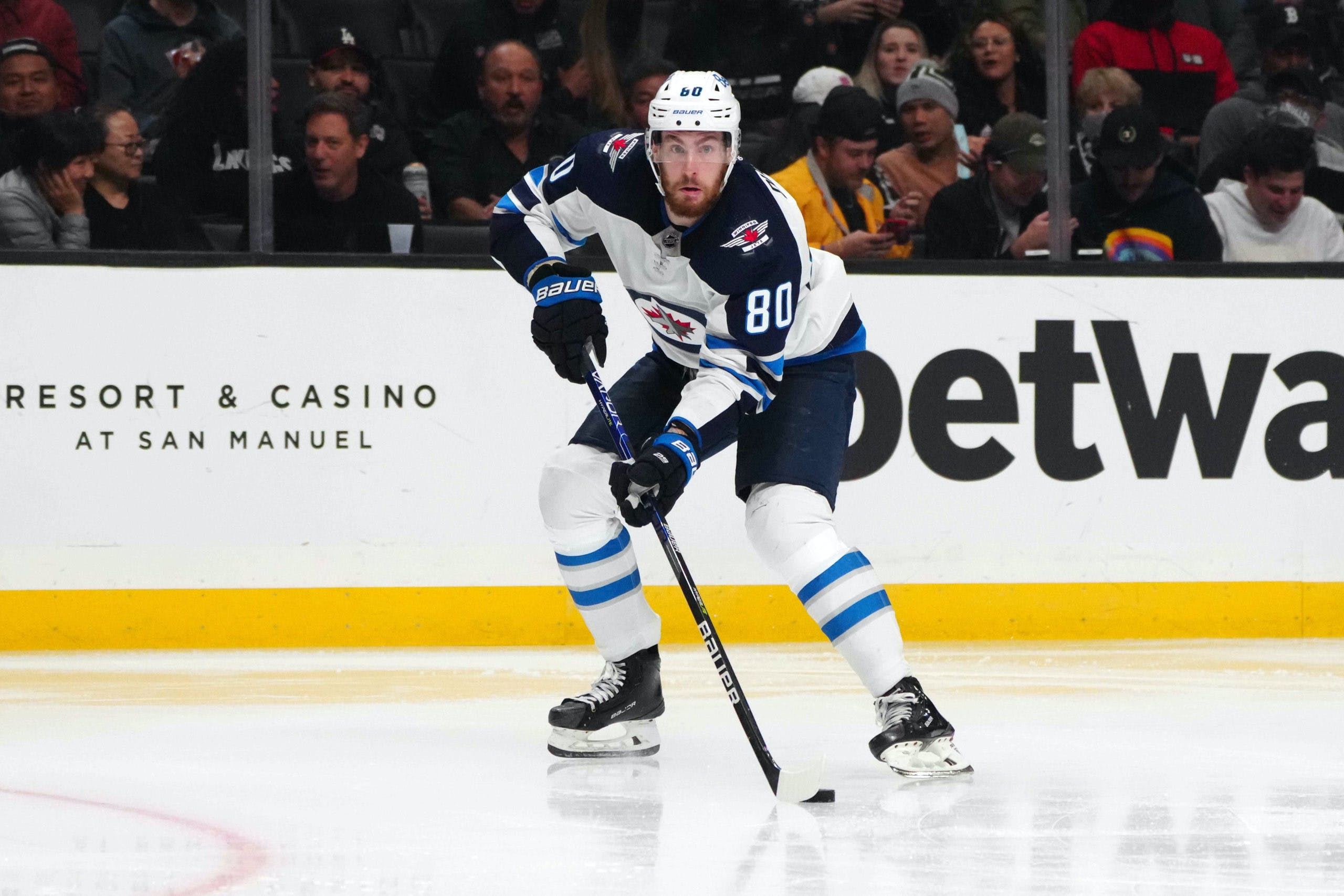 By Angus Hout
1 year ago
On Jan. 23, 2021, I woke up to about 10 messages of people asking how I felt about the @Pierre-Luc Dubois – @Patrik Laine trade. At the time I was rattled, I felt like the Winnipeg Jets had just lost this generation’s @Alex Ovechkin in exchange for a guy who had only previously shown up in the post-season.
Since then, Laine and Dubois have combined for 104 games played in their new cities. So why not revisit this blockbuster trade that rocked the National Hockey League early in the 2020-21 season.

Oh Patrik, how I’ve missed your one-timer and goat beard. Ever since Laine departed to Columbus, the Finish-born player has compiled 54 games, scoring 13 goals and 31 points. If I were to prorate Laine’s point totals over a full season, he’d be projected to register 59 points over an 82-game span.
Exploring his playing time with the Blue Jackets, Laine has spent considerably less time on the power play time, consequently, resulting in far fewer points. Since departing the Jets, Laine has only recorded 130.2 total minutes on the power play, prorated over 82 games, that’d figure would increase to 212.6 minutes. In comparison, in 2018-19 – Laine’s last full season – he was on the ice for 287.1 minutes of power-play time.
The former second-overall draft pick’s offensive metrics with the man advantage have fallen even harder since being traded, resulting in just four goals and 10 points over those 52 games with Columbus. Prorating his scoring total on the power play, he’d be projected to record 15 points during that span.
Laine’s most important numbers have slipped since being traded, which does happen when you have a coach who’s notorious for being tough on players, to put it nicely, and you’re dealt in the middle of a pandemic. From the handful of games I’ve seen from Laine so far, I don’t think he’ll be in Columbus to start the 2022-23 season, he just doesn’t look fully comfortable in that situation.

When Dubois was traded to the Jets he was forced to overcome some major obstacles before his tenure even began. His first two weeks in Winnipeg included a 14-day isolation period due to Canada’s COVID-19 guidelines. Then once Dubois was ready to go, he formed some solid chemistry with @Kyle Connor in his first game, unfortunately, he suffered an injury shortly after and missed extended time.
With all that time on his own, not being allowed to play hockey, in a new city, not seeing his new teammates or his family, understandably, it was a rough time. Having said that, the former third-overall draft pick has looked like a new man since the start of the 2021-22 season as he’s been on a heater, creating strong bonds with Connor and @Evgeny Svechnikov.
Since joining the Jets, Dubois has played 50 games and has scored 15 goals and 31 points. If I were to prorate those points over 82 games, the 23-year-old would own 24 goals and 51 points, making him a half-point per game player. The more I see of Dubois in Winnipeg the more I want him to remain here for the remainder of his career.
In just nine games this season, Dubois has already totalled 20.4 minutes of power-play time, producing two goals and an assist. Last season, Dubois played 63.9 minutes on the power play and only scored one goal and six points. Just like Laine, we can assume there’s been trust earned that should help both of them reach some massive numbers on the power play in 2021-22.
Just nine months in, it’s hard to tell how each player will perform long-term with their team, but so far, it seems pretty even. But moving forward, I think the Jets will pull ahead and ultimately win this blockbuster deal. In the end, however, the true winner of this trade could come down to whoever can retain their player for the longest.
Who do you think has won the Laine – Dubois trade? Let me know in the comments below.
Uncategorized
Recent articles from Angus Hout