How Should Winnipeg Proceed With its Fourth Line? 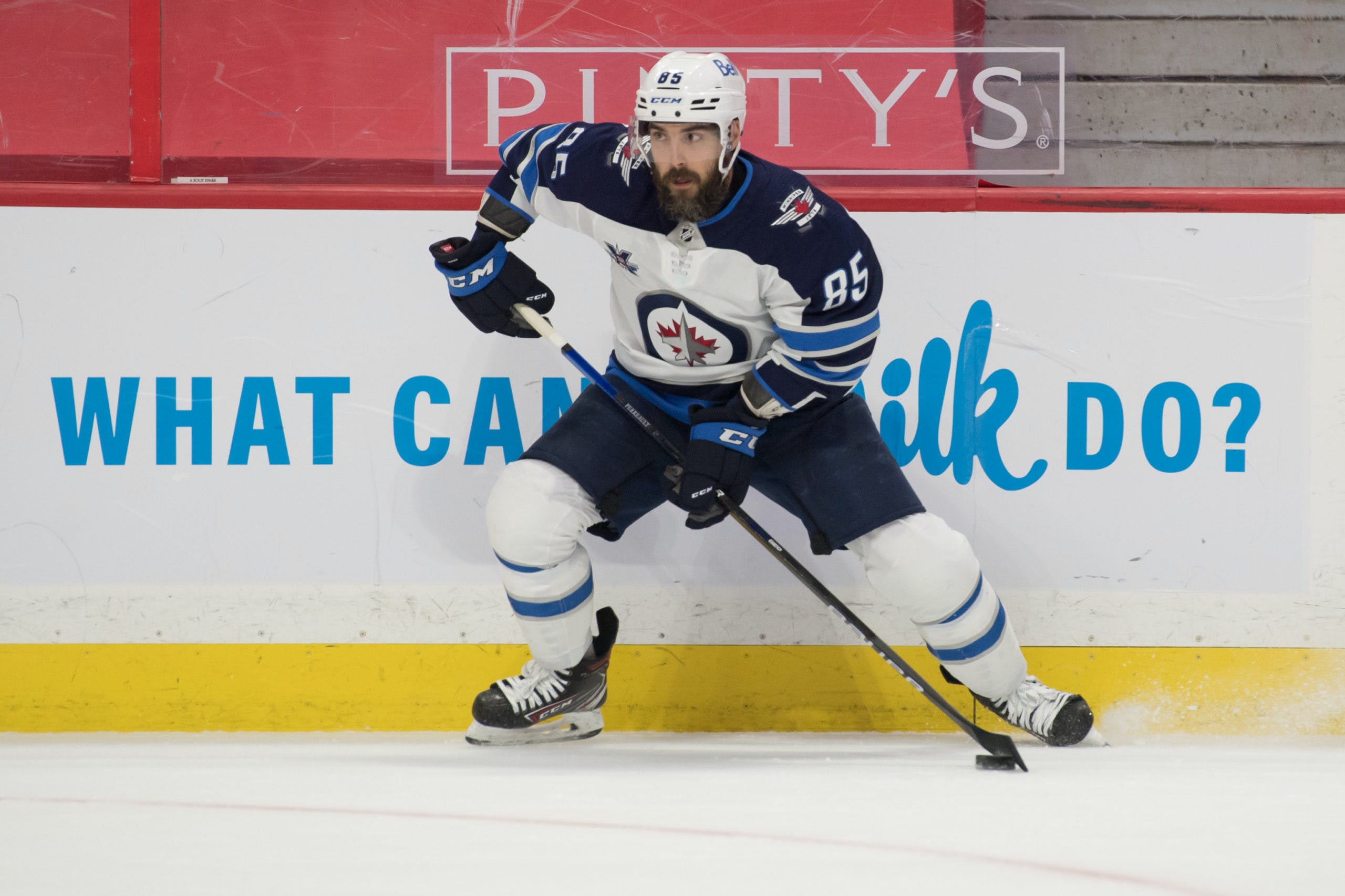 By Angus Hout
1 year ago
This past season, the Winnipeg Jets’ fourth line consisted of @Mathieu Perreault, @Trevor Lewis and @Nate Thompson, who are all slated to become unrestricted free agents this summer, according to PuckPedia.com. So what does that mean for the club’s fourth line? And what could it potentially look like next season?
Well, I have a few theories.

Perreault is the youngest of the group at 33-years-old and he played all 56 games in 2020-21, producing 10 goals and 19 points. Should he return next season to be a voice of reason and a leader in the locker room? Honestly, yes. I think Perreault should be back.
Having said that, he’ll likely prove to be too expensive for the Jets, especially if he reaches the open market. Considering the left-hander is capable of playing up-and-down the lineup and has a history of playing at least 16:00 minutes per game, there’s a very strong chance he cashes in on his value this off-season, potentially earning a multi-year deal that pays him around $3-$5 million per season.

Lewis also played all 56 games and scored five goals and 10 points. The two-time Stanley Cup winner served as a strong voice of leadership in the locker room, but for only 10 points on the season, it might be a good idea to move on from the 34-year-old and find someone a little younger.
A possible replacement who would likely be relatively cheap could be @Alex Chiasson, who’s spent the last three seasons with the Edmonton Oilers. He’d be capable of serving as an effective weapon on the power play, as he racked up six points this past season.
I think Chiasson would be a great fit on the Jets’ fourth line and perhaps on the second power-play unit as well. The other reason he’d be a serviceable acquisition is he’s a former Stanley Cup champion, as he won with the Washington Capitals in 2018. Though he’d likely cost the Jets a little more than re-signing Lewis, the veteran forward would probably provide a much higher offensive contribution in 2021-22.

The oldest Jet from the past season, Thompson played 44 games and scored just two goals and five points. When you look at his previous season with the Montreal Canadiens and Philadelphia Flyers, he racked up four goals and 15 points in 70 games.
The mixture of the COVID-19 shortened season and an early-season injury may have messed with Thompson’s headspace. Having said that, it could also just be old age and a lack of ice time that pushed his numbers back so much. So I think it would be wise for the Jets to move on from Thompson and have some of the young forwards receive an opportunity to compete on the fourth line, perhaps someone like @Jansen Harkins.
As for an external replacement, @Derick Brassard could be a worthwhile acquisition this summer. I think he fits the Jets’ current mold and would be a great fourth-line center. In 2020-21, he played 53 games with the Arizona Coyotes, scoring eight goals and 20 points. Additionally, the 33-year-old posted a 52.6% faceoff percentage. He’s also a physical player who created 80 hits this past season. I think he’d be a great fit in the Jets’ locker room.
Hypothetically, my ideal fourth line next year would be:
Perreault-Brassard-Chiasson
Let me know what you want Winnipeg’s fourth line to look like next season in the comments below or you can always hit me up on Twitter and Instagram – @angushout.
All stats were from HockeyReference.com.
Uncategorized
Recent articles from Angus Hout