Hot, Cold Performers of Game One 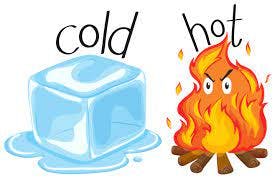 By Angus Hout
1 year ago
I wrote this period by period, so I might give a cold performer to someone in period one, but in period three they could be a hot performer. Let’s see who the hot and cold performers are.
The first-period hot performer goes to, “The Real Steal @Neal Pionk.” He stayed on @Connor McDavid pretty much the whole first 20 minutes. No messing around, I liked that he kept McDavid off the score sheet and made sure he couldn’t even get a shot on net. The only time Pionk let McDavid go, the Edmonton Oilers’ captain tried to take full advantage of it. But after the fact, Poink rag-dolled McDavid down to the ice, which led to a scrum and may have given the Winnipeg Jets a jolt of energy going into the second period.

Cold performer of period one, it was hard to find one but I have to give it @Kyle Connor for making a pass to @Blake Wheeler rather than taking the shot himself, which could have led to an early goal. It was the only thing I was wasn’t happy about in the first period.
Hot performer of period two goes @Mark Scheifele. I was going to try and not talk about the big stars, but Scheifele stood out to me and played a solid 200-foot game. I was happy to see him play deep in his own zone, he wasn’t chasing the puck and was in the right spot to disrupt the play. He played well in the offensive zone, kept the puck on his stick, made two solid passes and create a quality shot on @Mike Smith. The only thing I wasn’t a fan of was he couldn’t get the puck out of the defensive zone, he’s not a trained defenseman so I can’t blame him.

Credit: THE CANADIAN PRESS/Jason Franson
Cold performer of period two goes to @Dylan DeMelo, the guy had multiple turnovers, couldn’t get the puck out of the defensive zone and it was frustrating to watch him. Even during the penalty kill, he left @Alex Chiasson open in front of the net and stood in no man’s land. The positive about Demelo is he did block one of McDavid’s shots.
Hot performer of the third period goes to the birthday boy, @Connor Hellebuyck. The netminder made some solid saves throughout the game and kept the Jets in it until @Dominic Toninato scored. Hellebuyck made some big saves on both @Leon Draisaitl and McDavid and got the win for Winnipeg.

I don’t have a cold performer for the third period, the Jets won and it was unexpected and I loved it! There were some moments that weren’t great, but I don’t have time to nitpick when this team wins. If I have to give one cold performer, I’ll give it to the Oilers fans who complained about the Jets’ second goal – it was so fast that the play kept going on. Let’s see where the Jets take this series!
Let me know what you thought of Game One. You can comment below or hit me up on Twitter or Instagram @angushout. Game Two goes Friday at 8 pm CT. #givethemhell
Uncategorized
Recent articles from Angus Hout