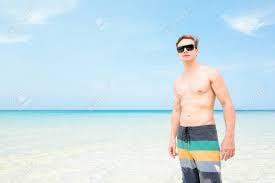 By Angus Hout
1 year ago
I’ll be explaining the hot and cold performers of Game Two between the Edmonton Oilers and Winnipeg Jets. Again, I’ll be breaking this down period by period.
That first period was full of hot performers, I debated on who I would give it to. But it came down to a 200-foot game that shut down the Oilers’ top line and a near breakaway goal on @Mike Smith, the award goes to @Kyle Connor. The man helped shut down the best player in the world and Jesse “pool party” Puljujarvi, keeping the Oilers’ high-danger scoring chances low. Connor, you’re my hot performer of period one.

Cold performer is the power play, they went 0-for-2 and only had two shots on goal. It looked rough, once the Oilers cleared the puck it was game over for both powerplay opportunities. I think the Jets need to calm down and not force anything with the man advantage. They’ll start to succeed again on the powerplay, eventually, but it was the Jets’ weak point n the first period. Winnipeg’s power play, you are my cold performer of period one.
Period two hot performer goes to @Pierre-Luc Dubois. It was his first game back into the lineup. I think he had his most complete period since joining the Jets. He took some hits behind the play, nothing major, but enough to bother the bottom-six of the Oilers. @Zack Kassian, the goon of Edmonton, tried to tussle with Dubois and PLD wouldn’t bite. It showed self-control and kept Winnipeg’s skaters rolling. He also got several zone entries and made some good passes as well. If he keeps this up going into next year, he will be just fine. Dubois, you’re my hot performer of the second period.

(Photo by Derek Cain/Icon Sportswire via Getty Images)
The cold performer of the middle frame is the referees. It’s round one between two teams who’ve now played 11 games against each other, let them fight. I came here for playoff hockey, not a game in the middle of March. The NHL referees and linesmen, you’re my cold performers of period two.

Hot performer of period three goes to the same guy as Game One, @Connor Hellebuyck. He made some really big saves, whether they were drives to the net like @Darnell Nurse’s backhander late in the period or some weird bounces during the five-on-three penalty kill. The guy played like a mad man. Honorable mention goes to @Dylan DeMelo for blocking the shot with his arm and keeping the score at zero.
I will give a cold performer to the forward group in the third period, simply because they couldn’t generate any rebounds and those are the only way they can beat Smith. It’s a cop-out, but I stand by it.
THE OVERTIME HOT PERFORMER HAS TO GO TO THE GRIZZLED VETERAN @PAUL STASTNY. Thanks to a screen in front, his shot found its way into the back of the net. The extra frame was back and forth the entire time. I’m blown away that the Jets are up 2-0 in the series against the Oilers.
Let me know what you thought of this game and who your hot and cold performers were. You can hit me up on Instagram or Twitter – @angushout.
Uncategorized
Recent articles from Angus Hout