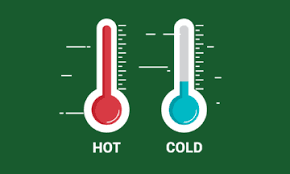 By Angus Hout
1 year ago
If you stayed awake for the entirety of Game Four between the Winnipeg Jets and Edmonton Oilers, then a tip of the cap to you and you’re dedication to playoff hockey. Without further delay, let’s dive into the hot and cold performers from Monday night’s series-winning victory.
Hot performer of period one goes to the man who scored his first playoff goal of the season, the man with some goats, @Mark Scheifele. The guy has been playing with some heart all series long and it finally paid off for him. Between being in the right spot during the power play, hustling every shift, making smart passes and throwing everything he could at @Mike Smith. That little spin-o-rama backhander, it doesn’t get any better than that… unless you’re talking about his goal on the power play, which might be the only thing better than that.
Cold performer of the first period, it goes to no one. I know @Connor McDavid snuck away to get that wraparound goal less than 80 seconds after the game’s opening goal, but the Jets kept rolling and never gave the Oilers a chance to breathe. Whether it was crisp long passes or drawing penalties, they kept swarming Edmonton and were dedicated to sweeping them.
Hot performer of the second period goes to one of our favorite gingers, @Kyle Connor. The hustle from him all period was great. The little hits and fighting for the puck. I never saw him chasing the possession, he was just moving his feet, was trying to stay ahead of the puck and made some wise passes to get the Jets into the offensive zone. Overall, the effort I saw from the top line was great, it’s everything I wanted to see in the playoffs from these guys.
Cold performer of the middle frame is all of the penalties that were taken. For most of the period, the Jets were chasing the Oilers, couldn’t clear the puck, and eventually, they got tired and took penalties. It cost them the lead and their groove, four consecutive penalties is a bad look and could’ve cost this team the game.
Hot performer of period three goes to the top pairing. Both @Josh Morrissey and @Dylan DeMelo stood up to the Oilers’ three fastest scorers – @Kailer Yamamoto has been deadly in the past, he’s just been snake-bitten recently – but our top two defensemen kept up with that line, aggravated them, slowed them down and blocked everything in their path. Any other top defensive pairing in the league would’ve flounder, but it doesn’t matter for Morrissey and Demelo. They spent nine games in the regular season getting worked over by the McDavid line, but they did so well to shut this line down over these four games.
Cold performer of the third period is the referees, with their quick whistle, which almost cost the Jets the sweep. It was a heartbreaker and I know the whistle went, but come on, the fact the whistle is immediately in the ref’s mouth is not cool and forced me to stay up late. It had my heart pounding way more than it should have going into overtime.
Hot performer of the first overtime goes to”The Real Steal,” @Neal Pionk. He faced the Oilers’ second line, taking on Yamamoto and @Jesse Pulijarrvi, and battled hard in front of @Connor Hellebuyck, allowing him to see everything in front of him. You have to love the fact he took some good shots on net. The cold performer of overtime goes to all of the icing calls – just play smart, Jets, that’s all I can say.
Double overtime hot performer goes to you beauties who stayed up for that sloppy and very tired fifth period. The cold performer goes to all of you who have to go to bed early because “I hAvE tO wOrK iN tHe MoRnIng,” suck it up because you could see the series sweep.
Triple overtime, I’ve got nothing to say but, @KYLE CONNOR OVERTIME WINNER!!!
What did you think of the series sweep? Let me know in the comments or hit me up on Twitter and Instagram – @angushout.
Uncategorized
Recent articles from Angus Hout