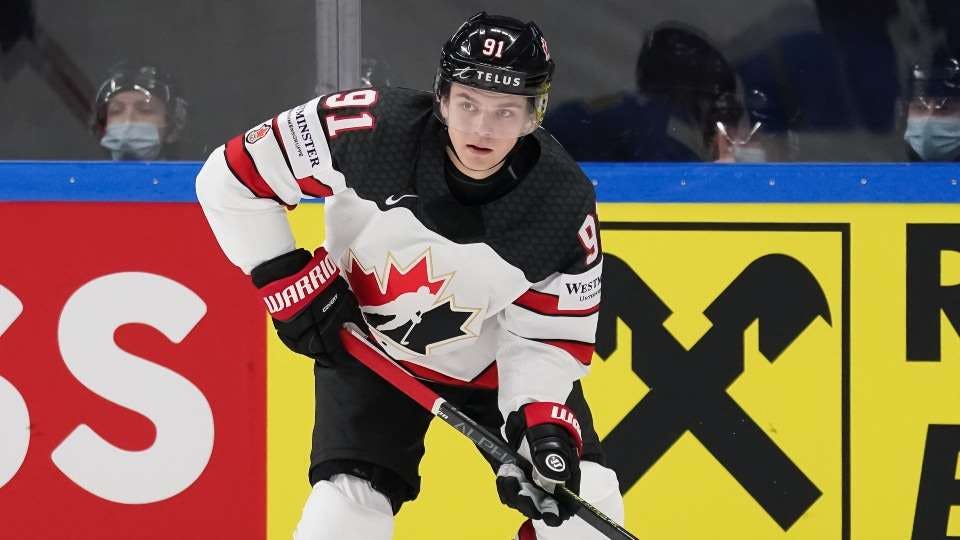 By Thomas Hall
7 months ago
Junior hockey will be returning to Alberta this summer.
On Tuesday, Hockey Canada announced the resumption of last winter’s World Juniors Championship and the 2022 Hlinka Gretzky Cup will be held in Edmonton and Red Deer, respectively.
Due to numerous COVID-19 outbreaks, the 2022 World Juniors tournament was originally cancelled back in December 2021. Thankfully, everyone will receive a fresh start once this marquee event kicks off on Aug. 9, concluding on Aug. 20.
For Winnipeg Jets prospects like @Cole Perfetti – if he’s healthy – @Chaz Lucius, @Daniel Torgersson and @Nikita Chibrikov, they’ll all receive a second chance to participate in this highly-anticipated tournament.
The 2022 Hlinka Gretzky Cup is scheduled to run from July 31-Aug. 6.
Team Canada, who’ll be led by youngster Connor Bedard once again, is slated to play its preliminary-round games versus Sweden, Switzerland and Slovakia.