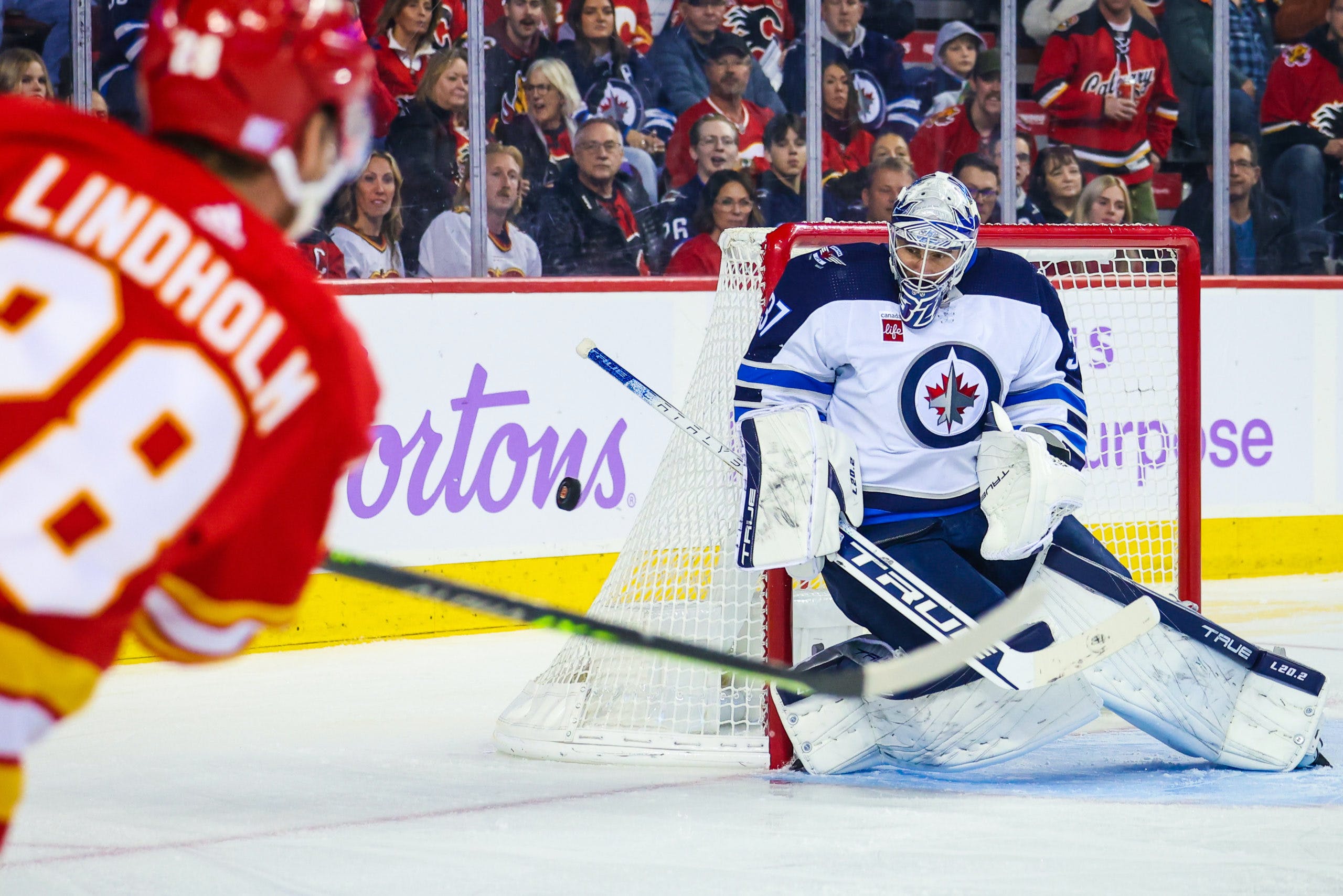 By Angus Hout
1 month ago
Be sure to check out NHL lines site Betway for all the latest Winnipeg Jets Props!” The Winnipeg Jets are red-hot this season. This team is off to a 14-6-1 record, points percentage wise the Jets are the best in the Central Division and in the nation. The Jets have been able to win big against some of the NHL’s best teams, they have won after horrific losses, and most importantly they haven’t played down to fewer opponents much this season. The backbone of this season has undoubtedly been goaltender Connor Hellebuyck.
When Hellebuyck was asked if he was playing the best hockey of his career he would say. Oh absolutely, and tomorrow I’m going to be better and hopefully even better the day after that. I’ve got one goal left and that’s to win a Stanley Cup.” To hear Hellebuyck not be humble and own the fact he is on top of his game. The 2012 fifth-round pick already has three shutouts in 17 games this season. Ville Husso with the Detroit Red Wings has three shutouts in 15 games.
Hellebuyck saying he needs to go win a Stanley Cup is the one thing that made me squeal a little as I was watching the post-game interviews. Almost felt as good as the Terminator saying “I’ll be back”. You know it’s coming and you know it’s coming soon. Are cup talks coming too soon? Maybe, but maybe not.
Hellebuyck isn’t the only Winnipeg Jet who is in the conversation to take home some hardware. Josh Morrissey is having an unbelievable season, Cole Perfetti is breaking out, Rick Bowness has to take some credit for helping this team turn around. The Jets could easily have two men walk away with an individual trophy.

But do the individual accolades matter at this point? Nope, not for a minute.  The Jets need to make an all-out break for the Cup. Blake Wheeler’s best days are behind him and he needs a cup, Hellebuyck is telling us it’s the only thing left on the to-do list, Rick Bowness appeared in this league in 1975 and still doesn’t have a ring.
If there’s going to be one year to swing for the fences with this group this is it. Most of the Jets are on their way to breaking personal records. Connor Hellebuyck is on pace for 12 shutouts this season, his previous best was six in 2017-18 and 2019-2020. Josh Morrissey should eclipse his best points season within the next 15 games. Wheeler could score 70 points. Finally, the bottom six, which has been constantly rotating has been incredible without the puck. Although they haven’t been scoring much they have been generating energy for the top lines and even the defenders.
It’s hard to not be excited when thinking about this team. They have beaten almost every team they have faced this season. The only team they have yet to show up for is the Vegas Golden Knights. The Jets are going to be taking two of the best teams in the NHL the Boston Bruins and the Vegas Golden Knights in two weeks’ time. If the Jets can show up for those two games and don’t show any weakness the bandwagon will be full until the end of the season.
Get on board with this team the goaltender has a goal of a cup, the former captain needs one the head coach deserves one and the team is playing like a band of brothers who play for each other day in and day out. A championship season might be on the horizon for this team.
Uncategorized
Recent articles from Angus Hout