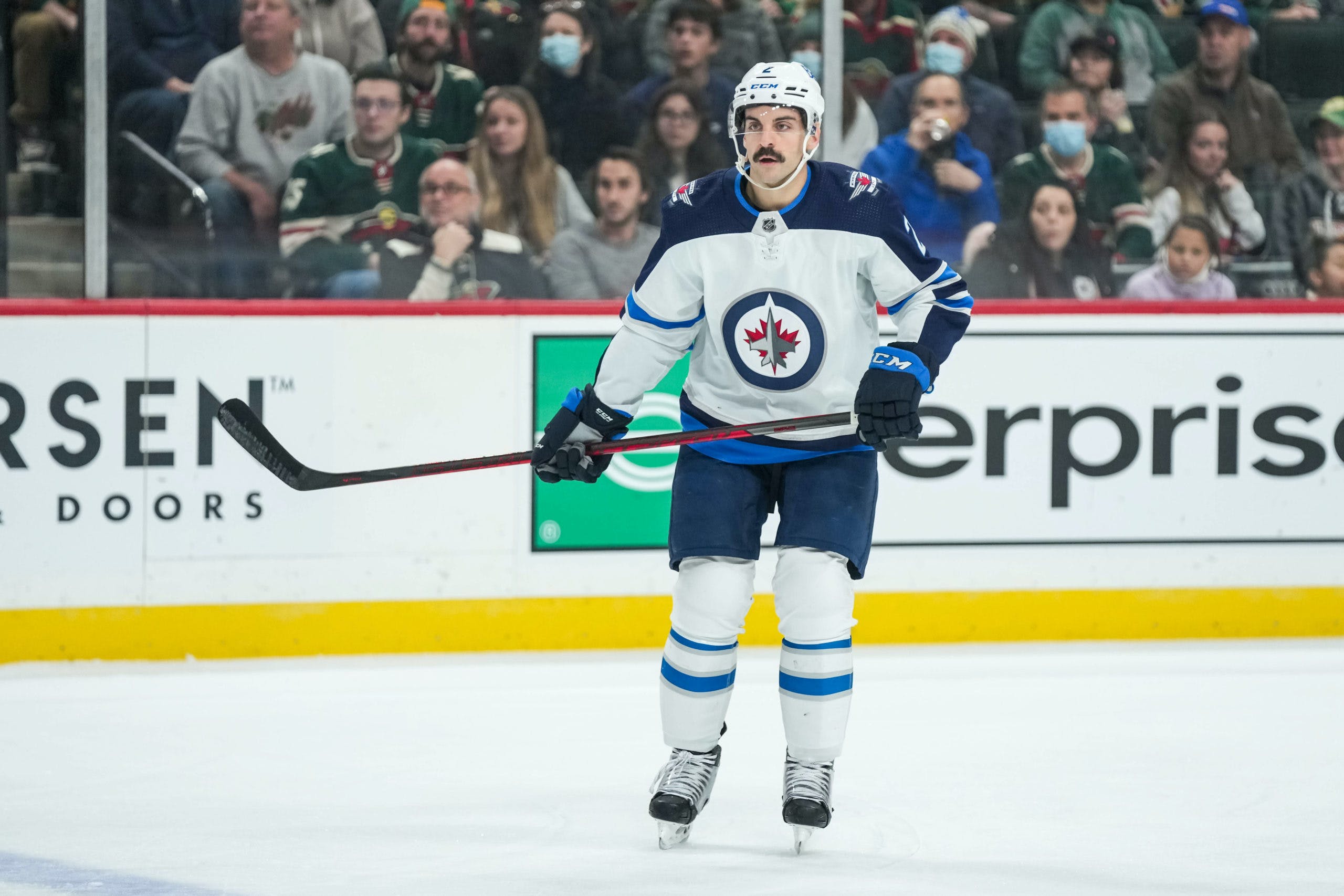 By Thomas Hall
11 months ago
The Winnipeg Jets will be without two of their regulars Thursday night against the Colorado Avalanche, as forward @Jansen Harkins and defenceman @Dylan DeMelo have entered the National Hockey League’s COVID-19 protocol.
In speaking to the media following the team’s morning skate at Ball Arena, interim coach Dave Lowry revealed that both Harkins and DeMelo were absent from practice due to COVID-related issues, forcing them into immediate quarantine.
Depending on each of their respective cases, both skaters could be forced to isolate for a minimum of five days if they’re symptomatic. But if one or both of them are asymptomatic, then they could be cleared to return after producing consecutive negative tests at least 24 hours apart.
In the meantime, @Cole Perfetti, who’ll be activated from Winnipeg’s taxi squad, and @Nathan Beaulieu will suit up as their replacements during this upcoming matchup in Colorado.
Harkins, 24, has appeared in 32 games this season, averaging 10:54 minutes of ice-time per night. In total, the 6’2″ winger has posted three goals, six points, 30 shots on goal, 21 hits, 16 takeaways and nine blocks.
As for DeMelo, 28, he’s logged 15:39 minutes of ice-time thus far, registering one goal, four points, 44 hits, 35 blocks, 30 shots on goal and four takeaways over 32 games.
On a related note, veteran @Paul Stastny is currently considered a game-time decision and his status will likely be determined closer to puck drop. If he doesn’t play, it’s believed that @C.J. Suess will serve as his injury replacement.
The Jets will be searching for a fourth straight win when they take on the Avalanche on Thursday, beginning at 8:00 pm CT.
Uncategorized
Recent articles from Thomas Hall