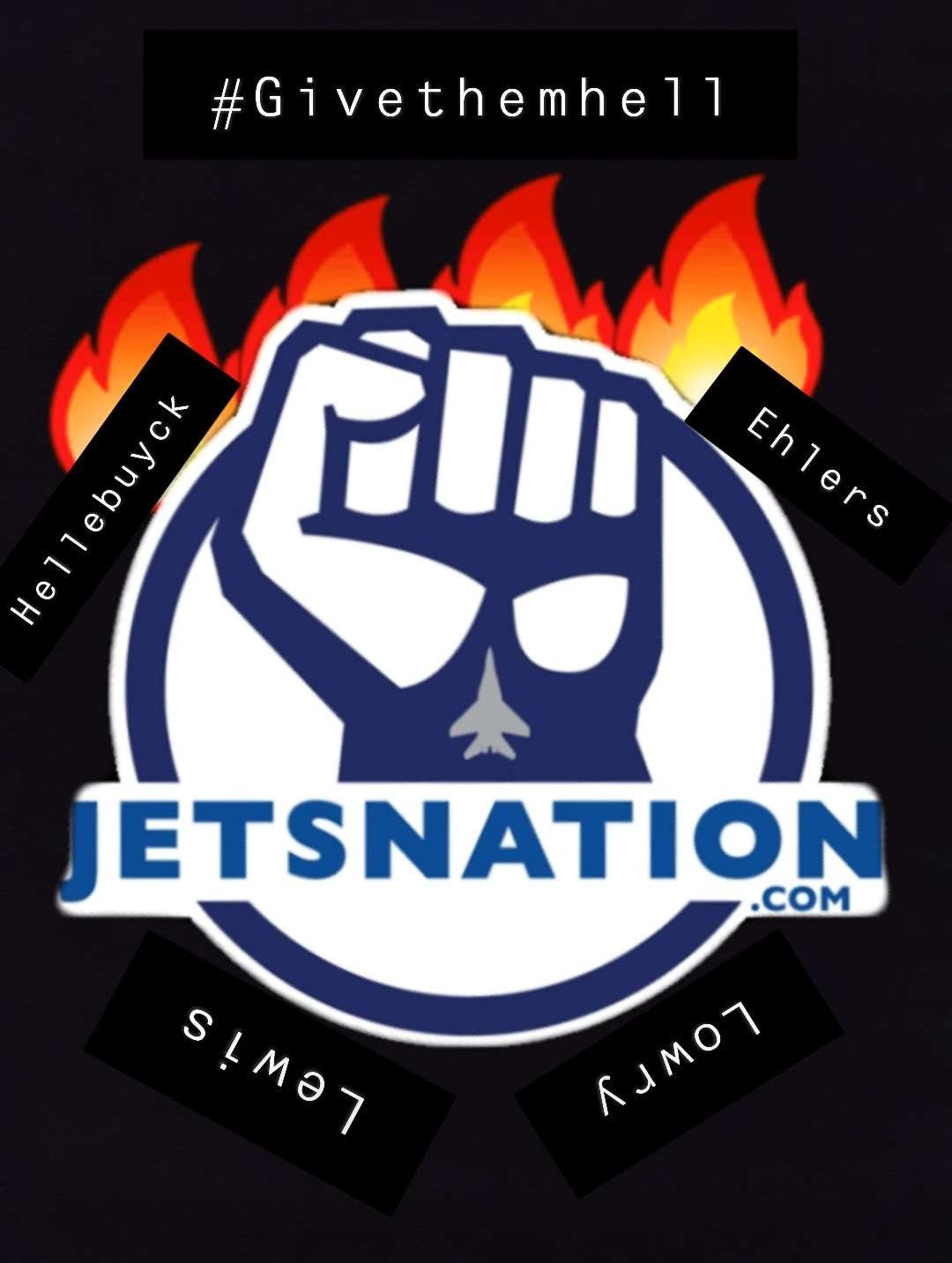 By Angus Hout
1 year ago
The Winnipeg Jets are rolling into the playoffs. It’s time they play like H.E.L.L. (Hellebuyck, Ehlers, Lowry, and Lewis) After Saturday’s disappointing 3-0 Loss to the Oilers, it’s time the Jets play like Hell. Six of the last 12 regular season games are against the other three playoffs teams in the North Division. There’s so much heart and soul in these four players.
Let’s talk about all four of them and what it means to play like H.E.L.L.
@Connor Hellebuyck: Most of us love the goalie that came out of Odessa, Texas. If you haven’t seen that mini-doc from the Jets and the NHL this past weekend, you’re missing out. The man had no expectation to make the NHL, he just wanted to play hockey because he loved the game. He worked hard and was an undrafted junior player who later got drafted into the NHL in the fifth round. He played so well that he won the 2019-20 Vezina Trophy. Hard work got that man a starting job, continuing to work on his game and a drive to be one of the best gave him at least one Vezina Trophy.

@Nikolaj Ehlers: The skill of this group. I’m not saying Ehlers is the most skilled Jet, but he’s definitely one of the most skilled players. When he is on a roll, it seems like there’s nothing that can stop him. Even if he’s not on a roll, he’s still a very effective player for the Jets. He plays a team game, he can score and lead the Jets to victory, but there are also times where he goes on scoreless streaks. If you watch as most people do, he disappears and it feels like he’s gone but finds these little spots to move the puck. He moves so fast up the ice and usually puts in a good effort.

@Adam Lowry: I have to talk about the third line as a whole soon. But one of the important pieces of that third line is Lowry. He’s a jack-of-all-trades, he can play center or wing, he’s a very effective penalty killer, he can jump up with the big boys and can also play a solid physical game. Not everyone can be @Mark Scheifele. I’m glad he knows what kind of player he is, which is a glue guy. He might not ever get to be the captain or even get an “A” on his jersey, but he’s a guy you want in the room.

@Trevor Lewis: The veteran who came to help chase for the Cup. When Lewis signed with the Jets, I was excited! I knew Kevin Cheveldayoff was wanting to make a big push for the playoffs. I didn’t think he would play this much, but he looks good with the Jets. He’s always been a blue-collar player, which adds grit. He’s a Stanley Cup winner and someone that completes the fourth line.