Fans Running Ethan Bear Out of Edmonton? Winnipeg Will Take Him 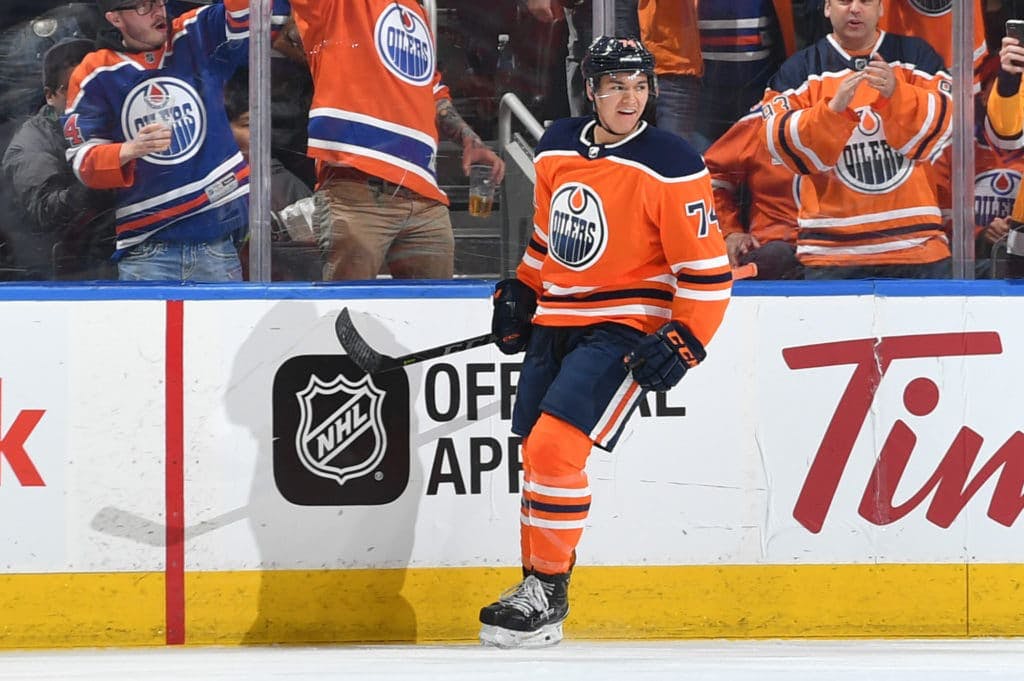 By Angus Hout
1 year ago
After the Winnipeg Jets swept the Edmonton Oilers on Monday night/Tuesday morning, some pieces of human garbage went after defenseman @Ethan Bear. Why? Because he turned the puck over in Game Four, which led to the Jets’ third goal. I’ll preface the rest of the article by saying, I’m a white guy who has never dealt with any racial issues. I don’t understand what Bear is going through, but I won’t stand for the people who’ve made any hurtful statements towards and directed at any minority. If you are bullied for any reason or you just need to talk, my DM’s are always open. Also, not all Edmontonians are terrible, most of them have stood up for Bear and stood against racism on social media, that I’ve seen at least.

Let’s Talk About a Deal

For hypothetical purposes, let’s say Bear eventually wants out of his current market and needs a change of scenery, there’s no question that Winnipeg would be a perfect destination for him.
I’ve watched Bear play for the last two seasons, he’s such a fun player to watch. Very rarely have I seen him flounder, but when he does there’s a good reason for it. He did start slow this past season, but once he got rolling he was sharing top pairing minutes. Even in his rookie year, he played with @Darnell Nurse and kept up with him.

In 132 career games, Bear has scored eight goals and 33 points. As a stay-at-home defenseman who doesn’t play a reckless game, those are some pretty good stats. Looking at the fancy stats, the 23-year-old was on the ice for 30 goals for and 39 goals against. That’s a -9 rating for a guy who endured a slump early on, but we can probably attribute that to the fact he experienced a longer than usual off-season last summer. The other advanced metric that I like is his shots per 60 minutes have increased since his first stint in the NHL, rising from 3.6 in 2017-18 up to 4.1 in 2021.
As for his defensive stats, Bear has generated a career 3.3 OIGA per 60 minutes. Interestingly, that number started at 3.9 during his first 20-game stint in the NHL and it improved to 3.0 last season. That’s because he’s taken a step forward each season and I think he could improve it down to 2.4 in the future. If he doesn’t have to be the guy who’s the most responsible defender, then he could become extremely valuable.

How Does Bear Fit With Winnipeg?

I find the Jets’ defense plays a very conservative game, it’s boring in the regular season. It has some holes and when it fails it fails hard, but Bear is a gem and plays pretty well most of the time and can only get better. I’ve heard it takes something like 300 professional games to know exactly what you’re getting out of an NHL defender. I believe I’ve got a good idea of what he can become. The other reason is I’d like to see his name in Cree on a Jets jersey. It would look so good and I think the people of Winnipeg would fully embrace him.

I think the potential deal would include @Logan Stanley and a 2021 second-round pick in exchange for Bear and a 2023 fourth-round pick.

I like both players, but I feel like Bear is an elevated version of Stanley. The selling point of having a great Cree player in Winnipeg would definitely sell jerseys and tickets. This could be a deal that helps both teams, especially since the Oilers are lacking a second-round selection this year and could use some help to further strengthen their minor-league system.
Let me know what you think of this trade and if you would like to see Bear as a Jet. You can tell me in the comments below or hit me up on Twitter and Instagram – @angushout.
Uncategorized
Recent articles from Angus Hout