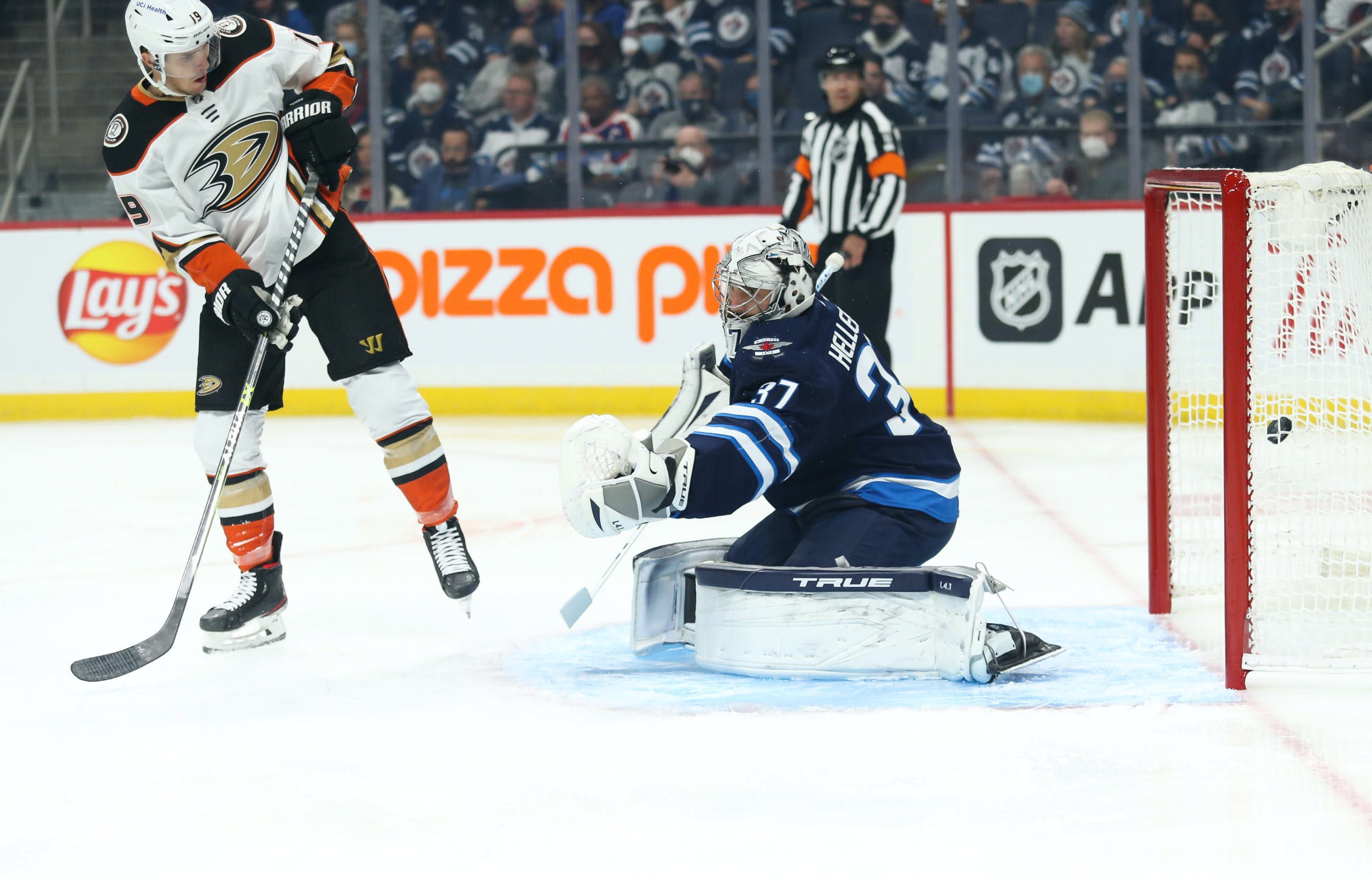 By Angus Hout
1 year ago
The Winnipeg Jets are finally home with a full building, which felt amazing to see and hear fans back in Canada Life Center. What’s even better is everyone in attendance got to witness this team earn its first victory of 2021-22.
Unfortunately, this home opener came with some challenges. Both @Blake Wheeler and @Mark Scheifele were unavailable due to COVID-19. Additionally, the penalty kill has been abysmal this season, only being successful 53.3 percent of the time, and those woes plagued this club once again Thursday.
So let’s break down the hot and cold performers from the Jets’ first home game of the season.

This was a hard one, the Jets only posted four shots on goal in the first period, which blew my mind because it felt like they had more chances than that. But I will give it to @Pierre-Luc Dubois for tying the score fairly quickly after the Anaheim Ducks scored the first goal of the game.
Dubois started showing some of the magic that he and @Evgeny Svechnikov enjoyed back during their junior. days with the Cape Breton Screaming Eagles. I can’t wait to see more from those two, plus @Kyle Connor with that group as well.

I’ll give this one to Winnipeg’s penalty kill. I know the Jets have featured a poor penalty kill for a while, but come on, continuing to allow pucks to get redirected in front of @Connor Hellebuyck is such a heartbreaker to witness. Mistakes happen, but when a similar goal has been seen multiple times against your own team it becomes ridiculous.
Paul Maurice, please change your plan on the penalty kill.

I’ll give some love to the whole team for creating 15 shots on net in this period. But the real hot performer goes to the team’s seventh defender, @Nathan Beaulieu.
The man doesn’t receive a lot of playing time, at least in 2021-22, but when he’s out there he’s blocking key shots during the PK. I know he didn’t do much aside from that, but with the time he has on the ice, I’m always happy to see him out there and playing his heart out.

Defensive zone exits, or the lack of them, is my cold performer from the second period. It was difficult to watch and I can’t even call out one guy because all of the Jets’ skaters were struggling to clear pucks out of the defensive zone.
If the Jets could make clean exits through the middle of the ice, they’d likely be one of the best teams in the league. But they can’t cleanly get the puck out of their zone, which completely disrupts their transition action in the neutral zone.

I’d be a fool to say anyone else but @Kyle Connor, who scored two goals in the third period to secure the Jets’ victory. That man played like he wanted to not just win, but remind the entire NHL the Jets are no joke even without Schiefele and Wheeler.
I will say, the drive Connor possesses is something you can’t see on the score sheet every night, but he made it work Thursday.

I wish I had one here, but I missed some of the third period and couldn’t determine who deserved this treatment. So I’m the cold performer for working while the game was on.

I have to give this one to Hellebuyck for stopping 38 out of 39 shots – there were some tough ones he saved.  The one goal he did allow was on the power play and got redirected, which was nearly impossible to save.

This was a challenge because the Jets only allowed one goal, but they did allow 39 shots on net. With poor defensive lapses, some ugly passing and lack of physicality the defence was the weakest point in the lineup.
But the player I’m going to rip on is @Brenden Dillon. Between the missed open net in the first period, a lack of hits and some brutal passes, he’s earned the title of cold performer in the club’s home opener.
Who were your hot and cold performers during the Jets’ home opener? Let me know in the comments below.
Uncategorized
Recent articles from Angus Hout