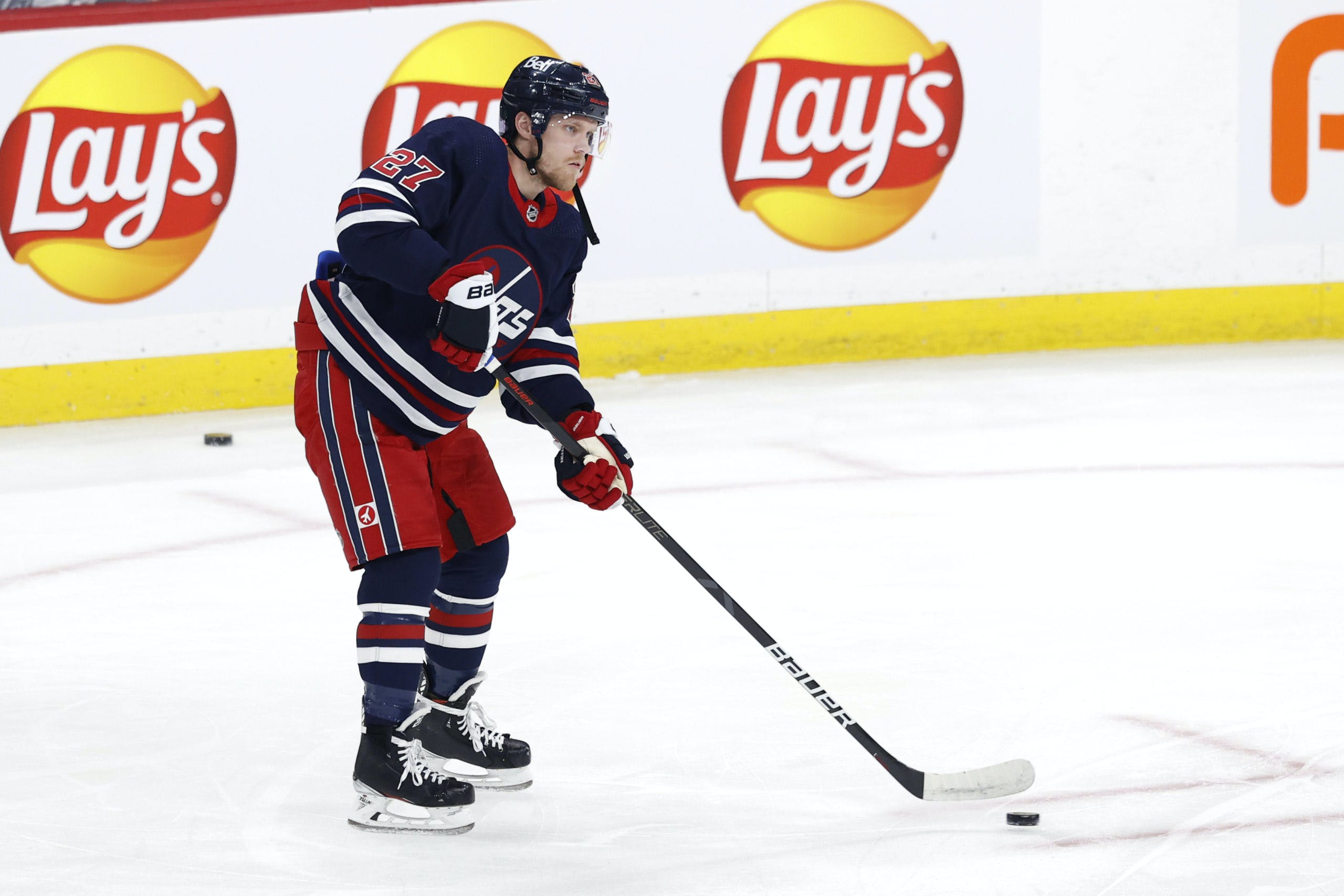 By Thomas Hall
11 months ago
The Dave Lowry era began for the Winnipeg Jets on Friday, however, this head coaching change didn’t have an immediate impact on their matchup against the Washington Capitals, as they fell by a score of 5-2.
While Lowry took over as head coach prior to this contest, he didn’t actually receive a chance to hold a full practice before the game, so this outcome probably shouldn’t have been all that surprising. But after the 56-year-old was able to do just that on Saturday, this next game against the St. Louis Blues could be our first glance at any potential schematic adjustments he may have made.
For a preview of this showdown, here are three skaters to watch during this contest between the Jets and Blues:

Though the Jets didn’t come away with a victory over the Capitals, there was a couple of encouraging aspects that transpired during this contest, including a second straight impressive offensive performance from @Nikolaj Ehlers.
In total, the 25-year-old was a key factor in setting up both @Brenden Dillon’s and @Josh Morrissey’s goals, earning him a pair of secondary assists. Adding to his remarkable showing, he also finished with a team-high seven shots on goal, albeit, only two of them were from high-danger areas, according to NaturalStatTrick.com.
As a result, Ehlers has now posted one goal, three points and 10 shots on goal over his previous two games. If his strong play continues while skating alongside teammates @Mark Scheifele and @Paul Stastny, he should have a pretty good chance of extending his point streak to three games.

While @Pierre-Luc Dubois was held off the score sheet Friday, the 23-year-old was still seen causing havoc all around Washington’s net and if not for goaltender @Vitek Vanecek’s incredible performance, the power forward would’ve scored at least once if not more.
Over his 19:16 minutes of ice-time, the 6’3″ forward earned the most high-danger chances (four) and the third-highest individual expected goals rate (0.41) during all situations. Not to mention, he was a major driving force at 5-on-5, which helped his linemates, @Kyle Connor and @Evgeny Svechnikov, combine for five shots on goal and two high-danger chances.
With that in mind, fans should look for another strong showing from Dubois, particularly at even-strength, against St. Louis.

As the Jets look to discover new ways of driving hard to the net, in the meantime, defenceman @Neal Pionk could be someone who might be able to help this club advance the puck into the offensive zone more efficiently.
Granted, the 26-year-old blueliner has only registered a pair of assists over the last five games. But considering he’s acted as a fairly effective puck mover this season, largely due to his stretch passes and willingness to jump up into the rush, perhaps we could see him putting those skills to use during this afternoon contest.
At the very least, while some level of risk would be involved, increasing Pionk’s aggressiveness to push the flow of the game up the ice could potentially translate into additional scoring chances in transition for this group.
Since Pionk scored against the Blues back on Nov. 9, it’s not like he doesn’t possess a history of generating offence against this opponent. Let’s see if he can recapture some of that magic this time around.
Uncategorized
Recent articles from Thomas Hall