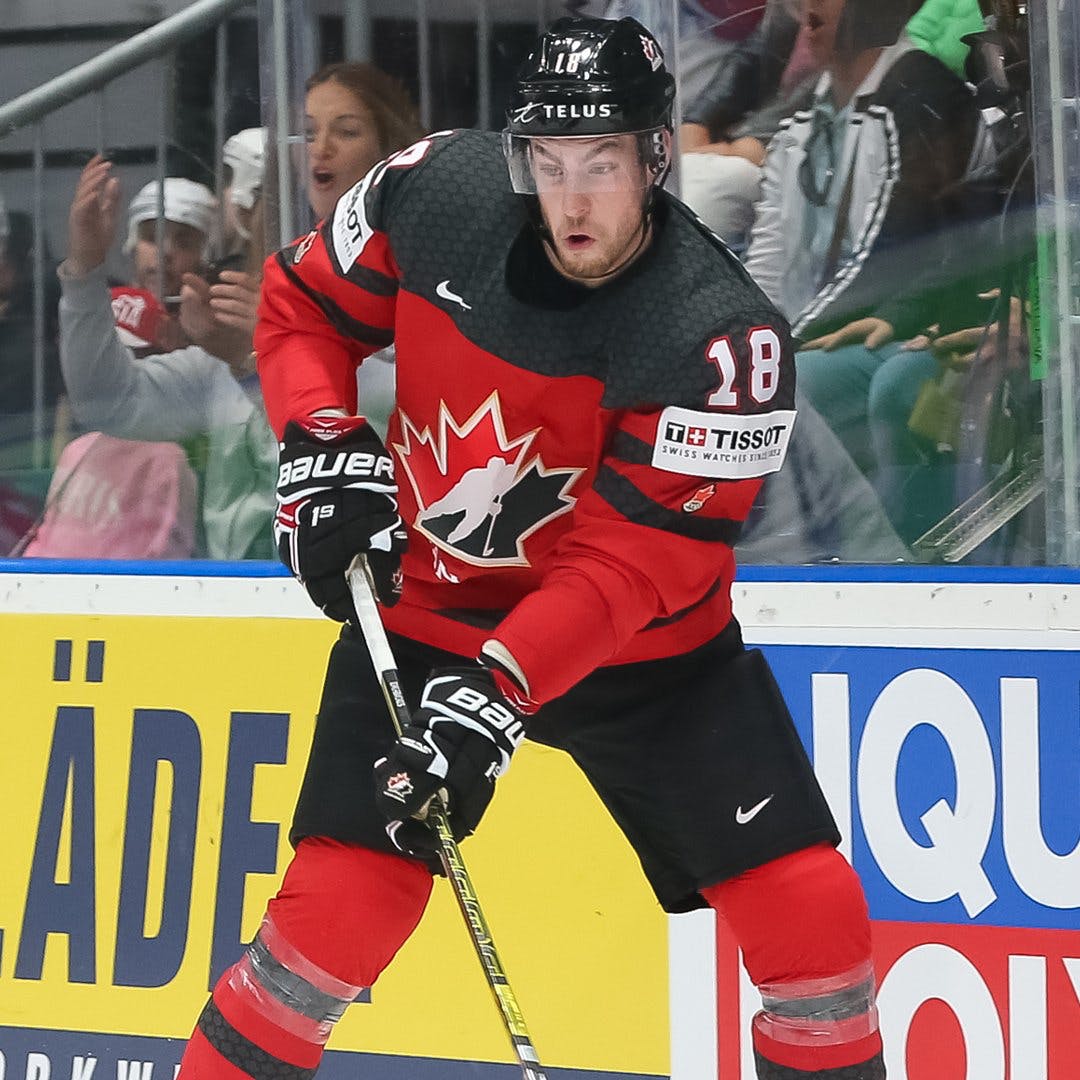 By Thomas Hall
6 months ago
Without any playoff hockey to watch, Winnipeg Jets fans were treated to plenty of action during the opening day of the 2022 IIHF World Championship, which is being held in Finland.
Three of the franchise’s four players that are attending the event were in action – including @Pierre-Luc Dubois, @Adam Lowry and @Nate Schmidt. Each skater cracked the score sheet in their respective game, although Dubois led the way offensively.
Both Canada and the United States of America came away with a pair of victories over Germany and Lativa, respectively. Since both countries earned a regulation win, they each were awarded three points in the standings.
Let’s recap how Dubois, Lowry and Schmidt performed on Day 1 of the tournament.

Coming off a stellar 2021-22 season, where he posted 28 goals and 60 points, Dubois picked up exactly where he left off and proved to be the difference-maker for Canada in its 5-3 victory over Germany.
The 23-year-old served as an offensive generator and led his team in points, with a pair of goals. His first of two markers came during the opening period, which saw him pounce on a loose puck before wiring his shot top shelf against goaltender @Philipp Grubauer.
Dubois’ second goal of the game occurred on the power play, and it was made possible after a puck deflected off his leg that was initially tipped by @Nicolas Roy’s stick.
Additionally, the power centre also posted a trio of shots on goal during the game. In the end, he was named the Player of the Game for Team Canada, capping off a pretty solid debut.

Making an instant impact, Lowry helped Canada open the scoring almost midway through the first period, as he sent a quick backhand pass over to @Josh Anderson, who followed that up by setting up @Cole Sillinger for an early score.
Along with earning a secondary assist, the 29-year-old also finished with one shot goal and made a considerable defensive impact, as well. Having said that, he was charged with a slashing penalty in the third period, accounting for two of Canada’s eight penalty minutes.
Next time out, Team Canada will be looking to extend its winning streak to two games while facing Italy on Sunday at 4:20 a.m. CT.

Schmidt, who posted four goals and 32 points with the Jets in 2021-22, made his presence felt for Team USA in the opening game of this year’s event.
The 30-year-old spent the majority of his time on the second defensive pairing, positioned next to @Andrew Peeke. In total, he registered a pair of shots on goal, finished with a +2 rating and earned a primary assist on @Seth Jones’ power-play goal.
All in all, it was a fairly decent performance by Schmidt. He and Team USA will attempt to remain undefeated when they play Austria on Sunday at 8:20 a.m CT.

Forward @Nikolaj Ehlers and Denmark will open the tournament Saturday versus Kazakhstan, beginning at 4:20 a.m. CT.