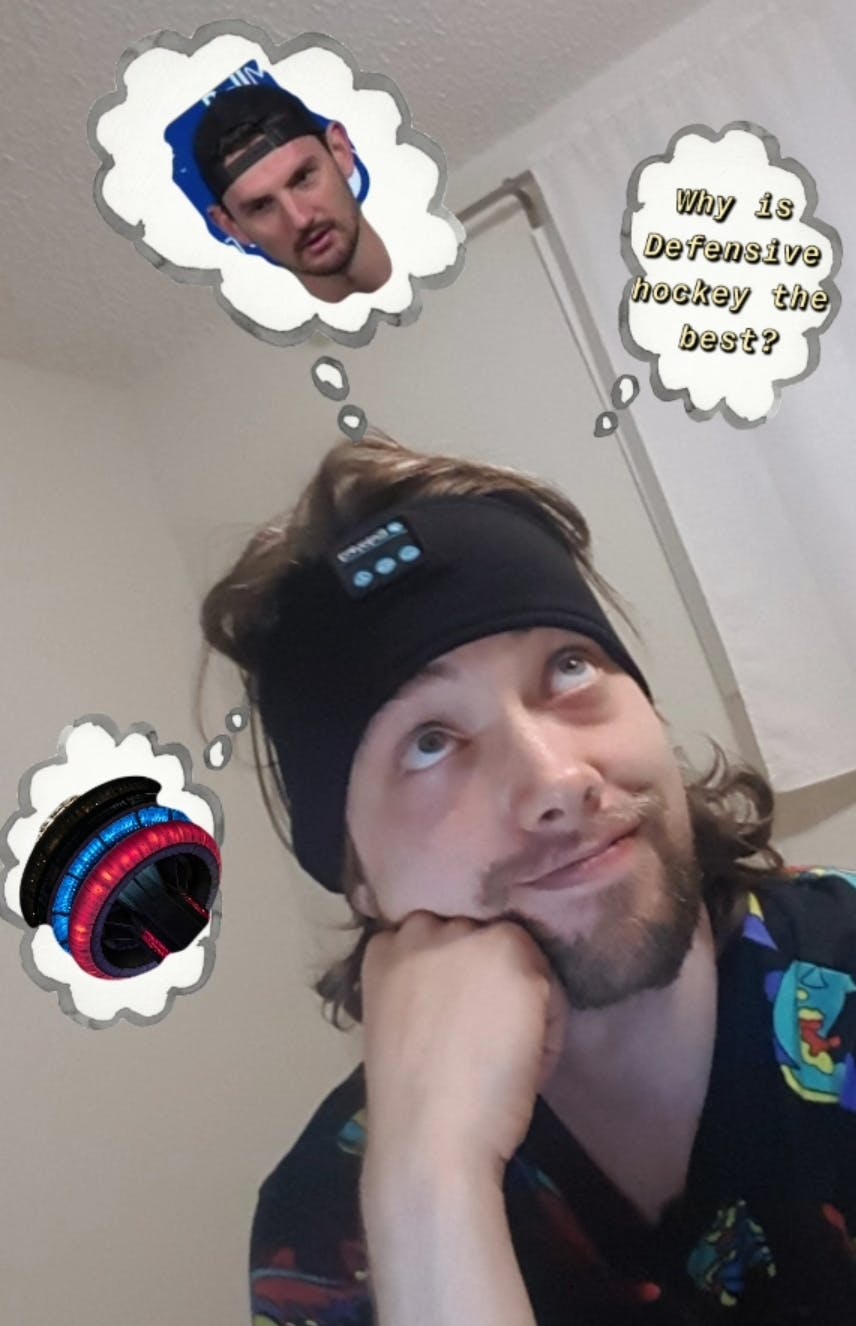 By Angus Hout
1 year ago
I always get excited whenever @Connor Hellebuyck does interviews. He can give the classic hockey answers that everyone gives, but when asked a question about the team’s defensive struggles you’ll rarely see him throw anyone under the bus.
During the Winnipeg Jets’ end-of-season press conferences last week, Hellebuyck said something that caught almost everyone off guard. “Nothing that happened this year was a fluke. We’re close to being able to make runs and becoming a dynasty. We just need a few more pieces and we’ll be there.” That’s the confidence and culture that should be in every NHL room. When your goalie is feeling that good about the team in front of him, you stand a good chance of winning. The defense is definitely lacking in Winnipeg, Paul Maurice even talked about the lack of skill from his blueliners during his end-of-the-season presser.
I think if the Jets acquire a left-handed defender like @Dougie Hamilton, which would position @Josh Morrissey on the second pairing where he should be, the NHL better watch out because the dynasty could be on its way. It’s going to take some creativity from the front office, but it’s coming sooner rather than later.
With the Montreal Canadiens moving on to the third round, some Canadians are cheering for the Habs. This past week, the CN Tower and Niagara Falls were lit up in red, blue and white in support of them. I don’t care about Toronto Maple Leafs’ fans, they can leave a bad taste in my mouth sometimes, but what a slap in the face that is.
If they put coloured lights on Provencher Bridge and lit them up to support the Minnesota Wild or any of the teams Alberta, I’d be pissed and I’m sure like 95 percent of you would be too. I’m all in on supporting certain players in the Stanley Cup Finals, but it doesn’t mean I’m burning my other hockey jersey’s, repainting my room or abandoning the Jets – that’s foolish.
Finally, boring hockey wins in the playoff. I was listening to the “Dropping the Gloves” podcast and former player John Scott mentioned how elite offensive teams aren’t advancing deep into the playoffs. Everyone wanted to watch the Edmonton Oilers against the Maple Leafs or the Tampa Bay Lightning vs. the Colorado Avalanche, which would’ve been amazing seven-game series to watch. But it’s the teams that play tight defensive games that are advancing further and further.
Look at the Canadiens, the Jets and the New York Islanders, all three clubs are teams who weren’t expected to play more than five games in the playoffs, and yet, the Habs and Islanders are both in the third round. It’s not traditionally exciting hockey, but the last five minutes of those games will likely be heart racing because they’ll be played in the defensive zone and it should be some of the best hockey to watch.
What do you think about Hellebuyck’s optimism? Ontario jumping off the Maple Leafs’ bandwagon? And how do you feel about defensive hockey teams? Let me know in the comments below or you can always hit me up on Instagram or Twitter – @angushout.
Uncategorized
Recent articles from Angus Hout