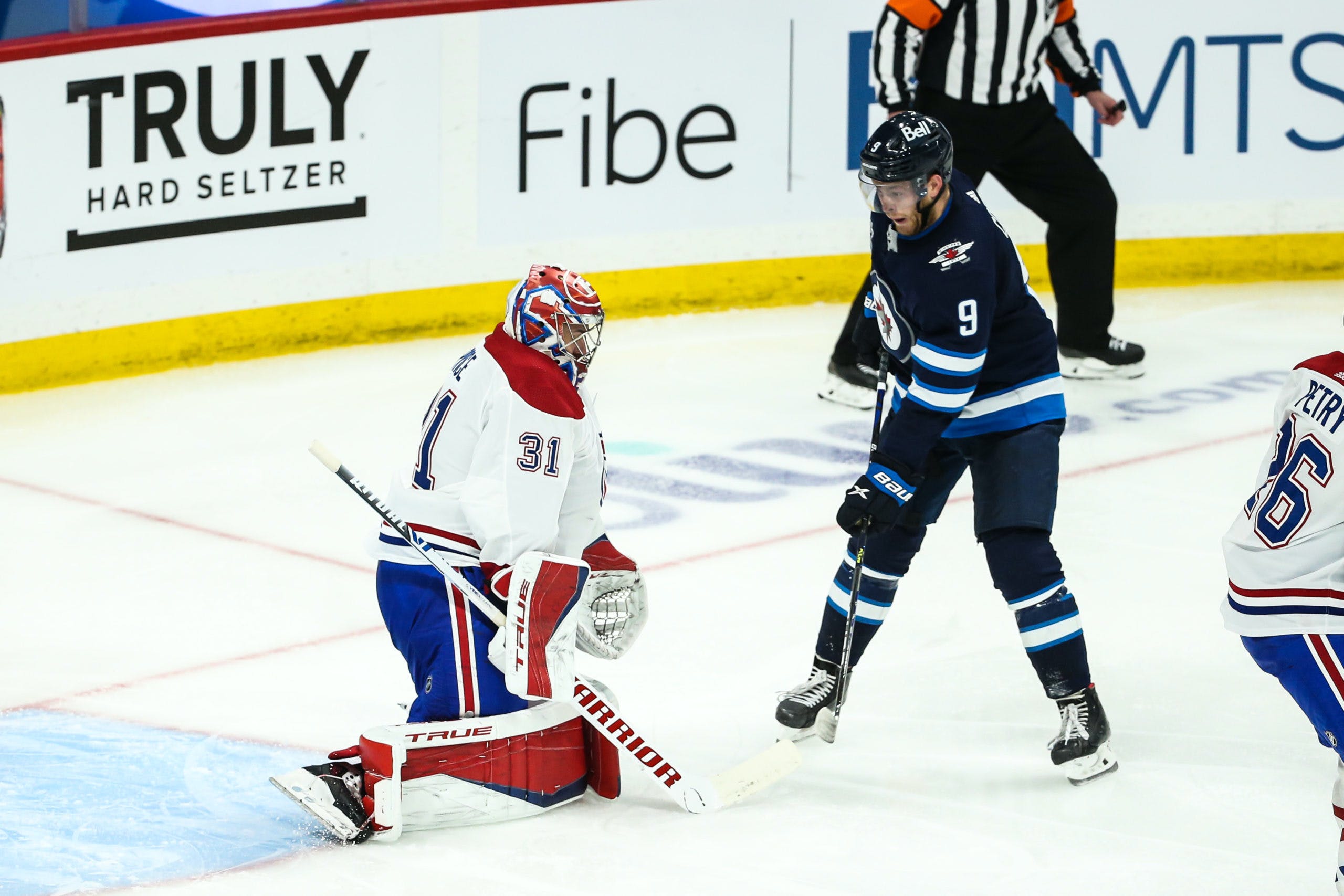 By Angus Hout
1 year ago
@Andrew Copp started this season off red-hot and was able to complete the top statistical performance of his career, which should provide him a reasonable pay increase on his next contract. Copp is arguably one of the best third liners in the league and competently plays up and down the lineup. A player that every team dreams of drafting and developing.
So let’s look at what went right and what went wrong for the former fourth-round pick during the 2021 season.

What Went Right For Copp?

There are so many things to like about Copp’s showing from this past season. He enjoyed his best season offensive performance, resulting in 15 goals and 39 points through 55 games. That’s 0.7 points per game – exactly what you love to see from a third-liner who can move up and down the lineup. If you look at his 2019-20 season, he registered just 10 goals and 26 points in 63 games, which is only 0.41 points per game. Copp stepped up in a significant way and was a major key to the Jets’ success this past season. Who can forget Copp’s first career NHL hat trick that ultimately proved to be his first four-goal game as well, those accomplishments took place on the same night where the Jets defeated the Vancouver Canucks 5-1.
Copp took a step forward in his offensive skills, which earned him some time on the power play, where he scored six goals and 12 points. The crazy thing is he generated a 25.0% shooting percentage with the man advantage, that’s a very impressive stat and who knows if he will ever hit that number again. That said, Copp is in the prime of his career and I could see him replicating that percentage once again in the near future.
The final thing that I really liked about Copp’s performance was the fact he played 55 out of a possible 56 games this past season. He missed the final game of the regular season against the Toronto Maple Leafs with an undisclosed injury, I like the fact he features the maturity to know when to take a maintenance day but also shows up for when it matters most.

What Went Wrong For Copp

There wasn’t much I didn’t like about Copp’s game this season. He was great! He started hot out of the gate and then cooled off about halfway through the campaign, which probably isn’t a bad thing because that could keep his next contract a little bit lower. The one thing that I wasn’t too happy about was his performance during the playoffs. Copp just disappeared over those eight postseason contests, producing just two assists and 15 shots on net during that span.
But other than that, it was an extremely successful seventh season in the league.

Based on his performance over the last two seasons, I’m expecting Copp’s points per game to range somewhere between 0.41 and 0.71 in 2021-22, potentially settling in around 0.5 points per game. That would be exactly where he should be as a third-line forward who can also move up higher in the lineup when injuries happen. Ideally, I’d like to see Copp sign for $3.75 million per season over four years and have him as a Jet until he retires.
What did you think of Copp’s season? Were you happy with it? Or do you think he needed to step up more? Let me know in the comments below or you can hit me up on Twitter or Instagram – @angushout.
Uncategorized
Recent articles from Angus Hout