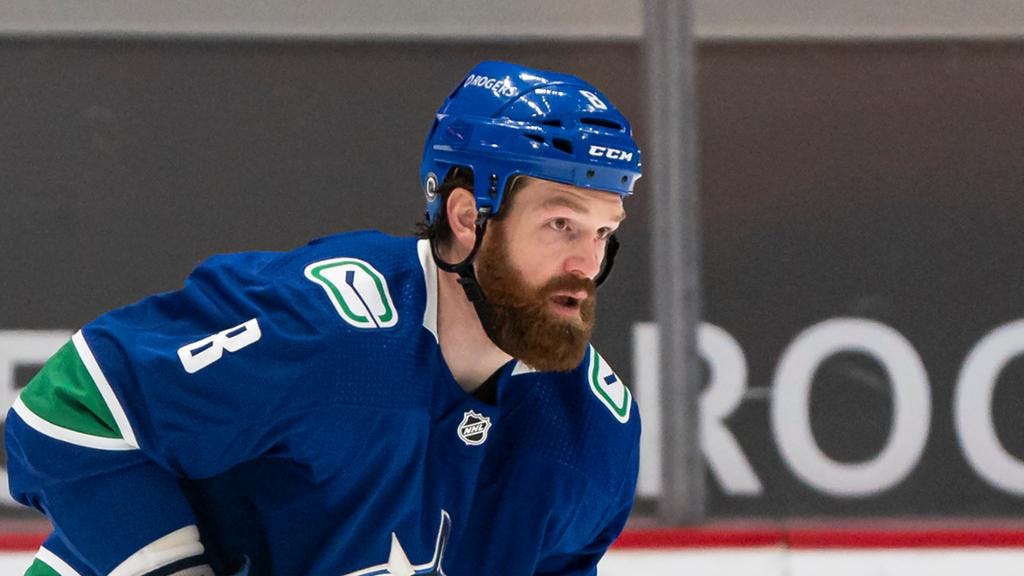 By Thomas Hall
1 year ago
While the Winnipeg Jets didn’t acquire a top-four defenseman at this season’s trade deadline, general manager Kevin Cheveldayoff did make a tiny splash before the final buzzer sounded on Apr. 12, landing defenseman @Jordie Benn from the Vancouver Canucks in exchange for a sixth-round pick in this summer’s NHL Draft.
Even though Benn likely won’t have a major impact on this team’s blue line, the 33-year-old can provide some depth on the third defensive pairing, potentially spending time with new teammates @Logan Stanley, @Dylan DeMelo and @Ville Heinola. Since veteran @Nathan Beaulieu will miss extended time due to his shoulder surgery, the former undrafted free agent will add another layer of protection in case one of the regulars suffers an injury down the stretch.
Arriving in Winnipeg back on Apr. 16, the veteran blueliner participated in some on-ice drills at Bell MTS Place and has been skating every single day since then, preparing himself for whenever his name is called. Despite not knowing when his debut will come, the former Canuck is keeping an open mind and is hopeful that information will arrive very shortly.
“I’m ready to go,” Benn explained. “I’ve been skating hard. We haven’t had too much of a conversation just yet, just trying to let myself get back into it. I’m sure there’ll be a conversation tomorrow or the next day on what’s going to happen for Thursday.”
Participating in seven games against the Jets earlier this season, Benn already knows how talented this group is and is very excited to receive an opportunity to play alongside these skaters. Transitioning from an organization that’s on the outside of the playoff picture, the 6′ 2″ defenseman couldn’t be happier about the upcoming playoff run, especially since he’s only been to the postseason once over the last three seasons.
“They’ve got a good squad, I’m happy to be a part of it now,” Benn discussed. “It’s going to be an exciting last couple of games. Hopefully, playoffs is exciting as well. All through the four lines, the D-men and our goalies are unbelievable. Obviously, watching and playing against them all year… it’s nice to be on their side.”
Over his 31 games with Vancouver this season, Benn averaged 14:40 minutes of ice time per game, producing one goal, nine points, 46 blocks, 39 shots on net, 14 hits, nine penalty minutes, three takeaways and a 5 +/- rating.
As for his performance in the playoffs, the native of British Columbia has earned 18:57 minutes of ice time per game, producing three assists, 36 blocks, 32 hits, 19 shots on net, six takeaways and a 1 +/- rating over 20 career postseason contests.
With just 11 games remaining in the regular season, there isn’t much time left for Benn to learn a whole new system and create some chemistry with his teammates, especially since the league’s COVID-19 protocols prevent players from doing team activities away from the rink. Having said that, the left-hander doesn’t think it’ll be too difficult adjusting to his new surroundings and can’t wait to begin his tenure with the Jets.
“These guys play a little bit different than Vancouver did, but you just get in the dressing room with these guys – it’s a really easy transition,” Benn detailed. “You get a few practices in and then it’s like you’ve been here all year. So it’s going to be fun.”
Jets News
Recent articles from Thomas Hall