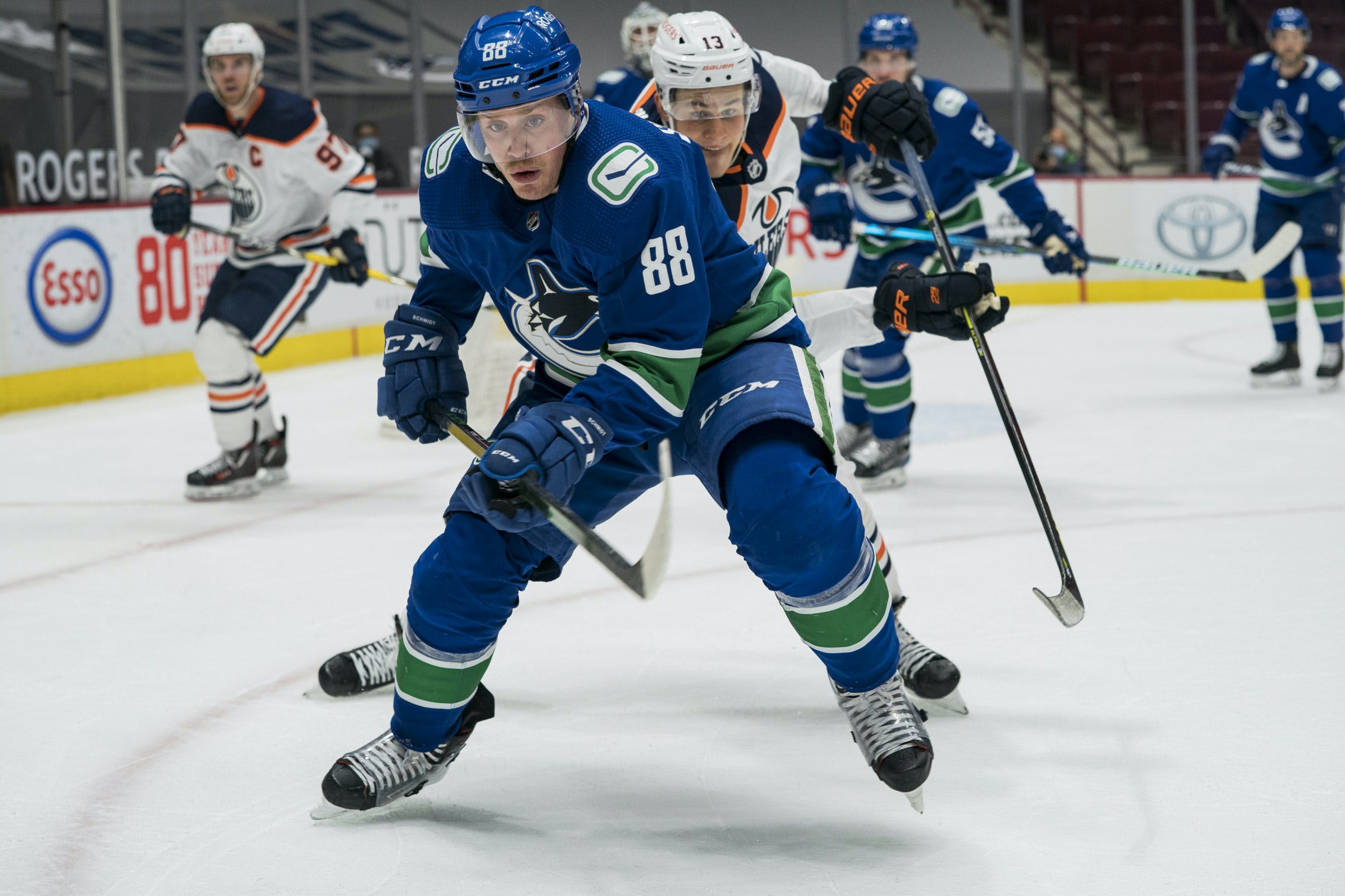 By Thomas Hall
1 year ago
Since the sudden departure of defenseman @Dustin Byfuglien, who suffered a high-ankle sprain in 2019 and hasn’t returned to the ice since then, the Winnipeg Jets have been forced to constantly retool their blue line over the last two seasons but it appears they may have finally discovered a solution to this challenging situation.
After receiving ineffective defensive performances for a second straight season, general manager Kevin Cheveldayoff and his staff were determined to dramatically improve this team’s defense over the off-season in an attempt to provide goaltender @Connor Hellebuyck with additional support. Wasting zero time making a pair of moves to address the backend, the Jets acquired two top-four blueliners in @Brenden Dillon and @Nate Schmidt through the trade market before free-agent frenzy opened.
With Dillon and Schmidt now on the roster, the front office has seemingly filled the massive hole on defense that was created by the loss of Byfuglien two seasons ago. Though these new additions can’t completely replace the fan-favorite icon, they can significantly help move the needle forward in a positive direction, which this organization had struggled to achieve in previous years.
“We had to try and find quick fixes, we had to try and find short-term players to play kind of above maybe what they should, and we found a way,” Cheveldayoff explained during his zoom call. “We obviously found a way to stay in the postseason for the last two years, but this is different. This gives you a top-four [blue line] that is exciting, it gives you the size element that we did lose with Buff and Schmidty gives you maybe the offensive flair element that you lost with Buff.
“You can’t totally replace Buff, he was a unique hockey player in that regard, but I think the combination of those two [players] put those elements that we lost back in our lineup.”
While the Jets were understandably quiet on the first day of free agency, making two separate impact acquisitions just days before the free-agent market opened has inserted plenty of excitement around this club, and rightly so. Considering it likely would’ve been difficult to land both Dillon and Schmidt if they weren’t already signed long-term, Cheveldayoff couldn’t be happier to add them to his lineup and is extremely excited about what they can bring to this defense.
“Dillon gives you, obviously, a massive body that can do a lot of things out there and change the complexion and look of our defense – the hardness to play against,” Cheveldayoff discussed. “So [there’s] a real level of excitement there. We hoped that he would’ve been a guy that was going to go to market last free agency and was on the top of our list to target then.
“Then the opportunity to get Nate Schmidt, who just fits in so many different ways, and what he brings to this team – from a character, compete, talent, leadership standpoint – is something that I’m really excited about.”
Enjoying a very productive performance during his first full season with the Washington Capitals, Dillon averaged 18:57 minutes of ice time per game, producing two goals, 19 points, 0.34 points per game (career-best), 143 hits, 61 blocks, 51 shots on goal and 13 takeaways over 56 games.
As for Schmidt, the left-hander took a major step backward with the Vancouver Canucks this past season, as he averaged 20:06 minutes of ice time per game and recorded just five goals, 15 points, 76 shots on goal, 72 blocks, 18 takeaways and 15 hits through 54 games.
Looking ahead to the rest of the off-season, the Jets still have a few holes to fill within their bottom-six forward group, although their current salary cap situation remains a hot-button topic as they feature approximately $5.25 million in space, according to PuckPedia.com. Taking into account that restricted free agents @Neal Pionk, @Andrew Copp and @Logan Stanley will also require new contracts, it’s safe to say Cheveldayoff has his work cut out for him through the remainder of the summer.
“I still think there’s some names on the board there that we do have a level of interest in and we’ll see how it all plays out, it will largely be a function of available discretionary dollars to spend,” Cheveldayoff detailed. “We have two key RFA deals that we need to get done and after the days of today [Wednesday] that’s squarely the focus with the job at hand is to get those in the books. And then, take a deep breath and see where you’re at from there.”
Jets News
Recent articles from Thomas Hall