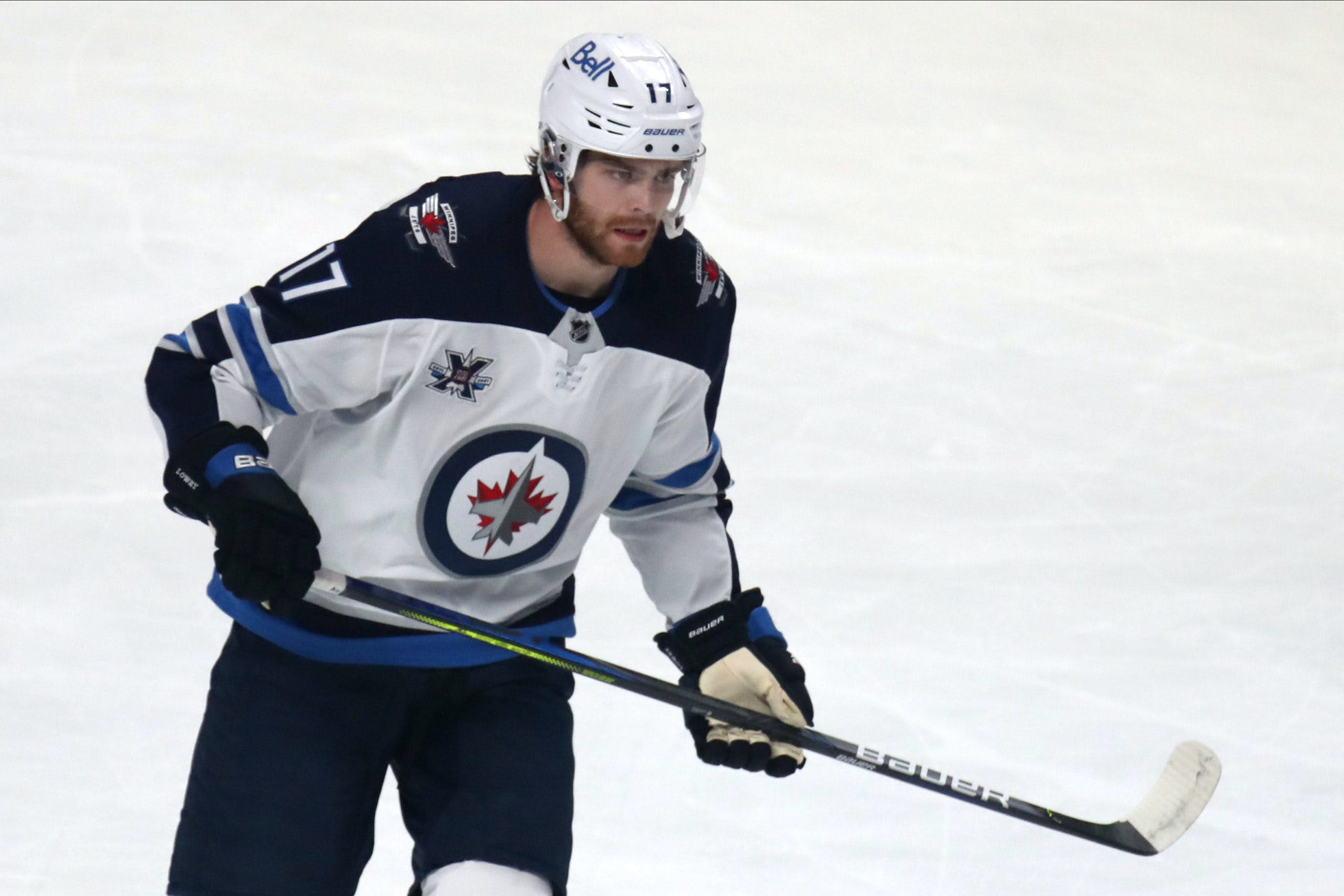 By Angus Hout
1 year ago
One of my favorite players on the Winnipeg Jets and someone who took a major step in the right direction was forward @Adam Lowry. The Jets needed everyone to take positive steps in order to compete for a playoff spot and Lowry took that initiative to be better, which ultimately earned him a lucrative contract extension for his efforts.
Let’s explore what went right and wrong for the former third-round pick during the 2020-21 season.

What Went Right For Lowry

This past season was one of Lowry’s top statistical performances, he recorded the second-highest points total of his career and probably could have set a new career-high in that category if the NHL didn’t shorten the schedule to just 56 games.
In total, Lowry scored 10 goals and 24 points in 52 games, resulting in 0.46 points per game. Compared to the 2016-17 campaign, where he posted a career-best 29 points and 0.35 points per game over 82 games, his performance in 2020-21 was a fairly big step up for the 28-year-old forward. The third liner also created the best shooting percentage of his career at 12.5%, surpassing his previous career-high of 12.2% from the 2016-2017 season.
The other thing that went well for Lowry was his showing in the playoffs, which you can’t say for many of his teammates. Lowry generated four points in eight games during the Jets’ short-lived postseason run. The consistency was there for Lowry in the playoffs. Finally, his fight against Edmonton Oilers defenseman, @Darnell Nurse, was an impactful one where he beat the towering blueliner in a short, one-sided tilt.

What Went Wrong For Lowry

Though Lowry recorded the third-highest faceoff percentage (50.5%) among all Jets skaters who took at least 100 faceoffs this past season, according to NHL.com, he took a step back in his personal success in the faceoff circle as his percentage was the lowest of his career since 2015-16. Lowry peaked in that department during the 2018-19 season with a 57.6% faceoff percentage and also recorded a 50.5% faceoff percentage through 49 games last season.
The left-hander also suffered a neck injury towards the end of the season after colliding with Toronto Maple Leafs forward, @Alex Galchenyuk, on Apr. 22, forcing him to miss four games. Besides the fact that Lowry’s faceoff numbers declined, his game improved in all other areas.

What to Expect From Lowry Next Season?

I’m expecting another quality season from Lowry in 2021-22. Aiming to predict his offensive production, I’m hoping he pushes for 35 points next season but I would be content with 27 points if he plays around 75 games. I would like to see Lowry positioned on the second line a little bit, but it’s not the end of the world if he remains one of the best third lines in the league. I hope to see Lowry dish out the most hits on the Jets for a second straight campaign again for the Jets and it’d also be very entertaining to watch him drop the gloves a few times too.
Let me know what you thought of Lowry’s performance in the comments below or you can always hit me up on Twitter or Instagram – @angushout.
Uncategorized
Recent articles from Angus Hout