3 Predictions Regarding Jets Performance Ahead of 2021-22 Season 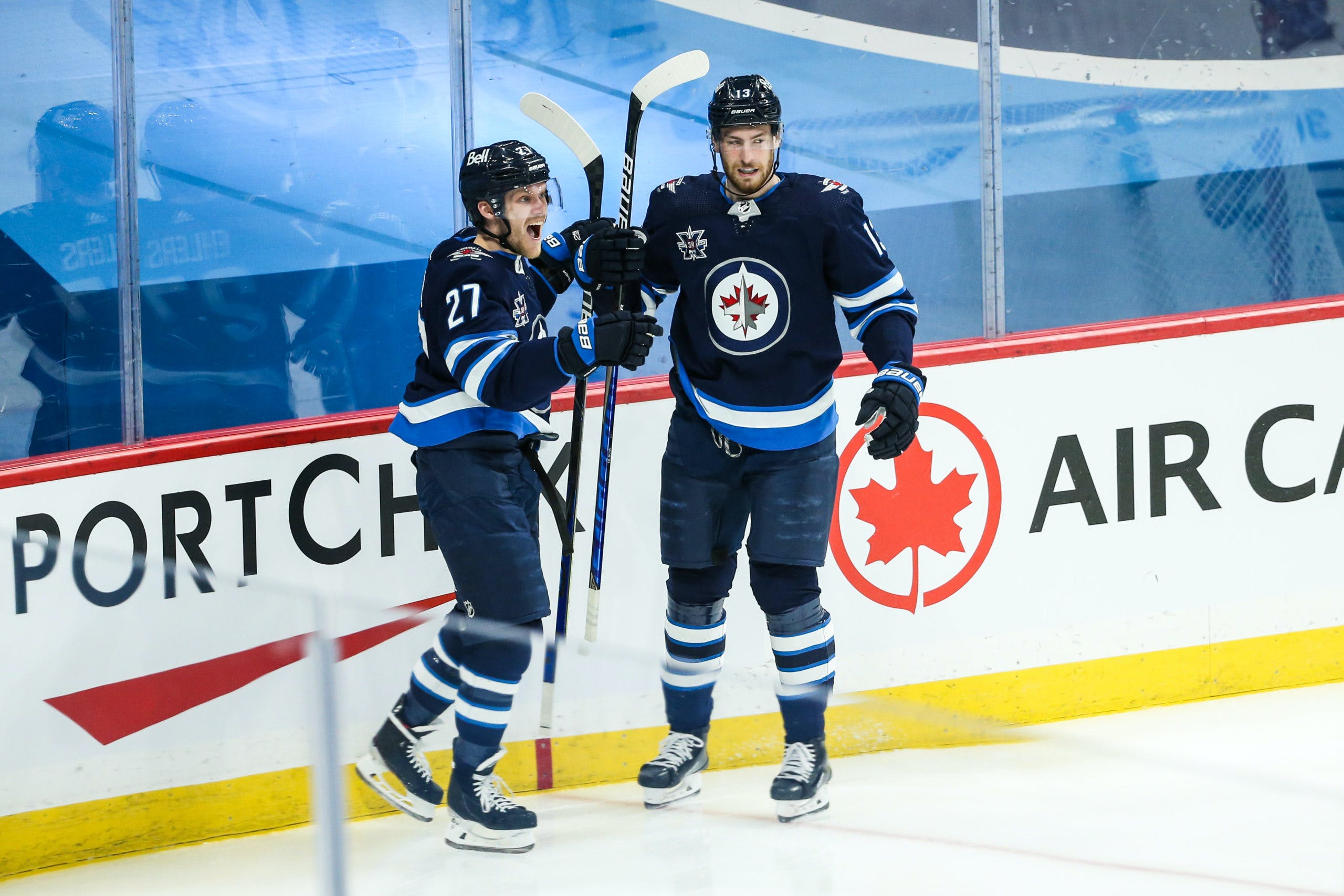 By Angus Hout
1 year ago
We are a little less than two months away from the 2021-22 regular season kicking off. This upcoming season is going to be huge for the Winnipeg Jets, and as of right now, it feels like it’s going to be a successful one.
The club’s first game is scheduled for Oct. 13, where they’ll face off against the Anaheim Ducks on the road at 9 pm CT. Their first home game will also take place against these same Ducks on Oct. 21.
With that in mind, I have three random predictions for the 2021-22 season, so let’s get started.

Three Skaters Will Average At Least One Point Per Game

In the 2020-21 season, the Jets only featured one point per game player and that was @Mark Scheifele. He posted 63 points in the 56 game season. The 28-year-old is in the prime of his career and I think he’s going to score more than a point a game next season. If he plays all 82 games, I could see him pushing for 95 points in 2021-22, which would surpass his previous career-high of 84 points.
@Nikolaj Ehlers scored 46 points in 47 games last season, the Danish-born skater was just one marker shy of the point per game mark. If he was able to stay healthy, the 25-year-old probably would’ve crossed that threshold pretty easily. This time around, I think Ehlers will be fighting for the point per game status, but I think this will be his year to set himself up for extended success.

Credit: THE CANADIAN PRESS/Jason Franson
@Pierre-Luc Dubois is the third guy who I expect to be a point per game player. He’s a bit of a dark horse in this department, but the kid owns plenty of potential. In his sophomore season with the Columbus Blue Jackets, he recorded 61 points in 82 games (0.74 points per game). In the shortened 2020-21 season, Dubois racked up 20 points in 41 games (.45 points per game).
I’ve seen Dubois training this off-season, I think he’s doing what’s right to get ready for the upcoming season and I think he wants to earn a lucrative contract extension next summer. The only way you’re doing that is by putting up big points. Assuming he returns to form, he’ll most likely play on the second line alongside @Paul Stastny and @Blake Wheeler next season, potentially putting him in a position to succeed.

I think with the new defensive group the Jets have acquired, @Connor Hellebuyck will have a much easier time with high-danger chances next season. But given the amount of stress he’s dealt with over the last few seasons, I wouldn’t be shocked if the 2019-20 Vezina Trophy winner took a minor step backward.
If Hellebuyck plays 50-60 games in 2021-22, my prediction is he’ll finish with at least five shutouts and will carry the Jets into a deep playoff run.
Bonus predictions: Hellebuyck will record four assists and will improve his puck-handling around the net.

This is nothing against @Riley Nash, but he’s 32-years-old and only participated in 37 games last season. I think he’ll be fighting to earn playing time for most of the season. @Luke Johnson, who was recently picked up this off-season, will probably be in that same position.
Johnson possesses a lot less NHL experience, although he’s six years younger than Nash and might get along better with the other rookies. The speed makes a big difference and I don’t think we’ll see much of Nash this season. There are too many young players who want to play in the NHL, and with the amount of talent they each feature, they may put Nash up in the press box on most nights.
Let me know what some of your early season predictions are for the Jets, and do you think these are good predictions? Or am I way off? Let me know in the comments below.
Uncategorized
Recent articles from Angus Hout