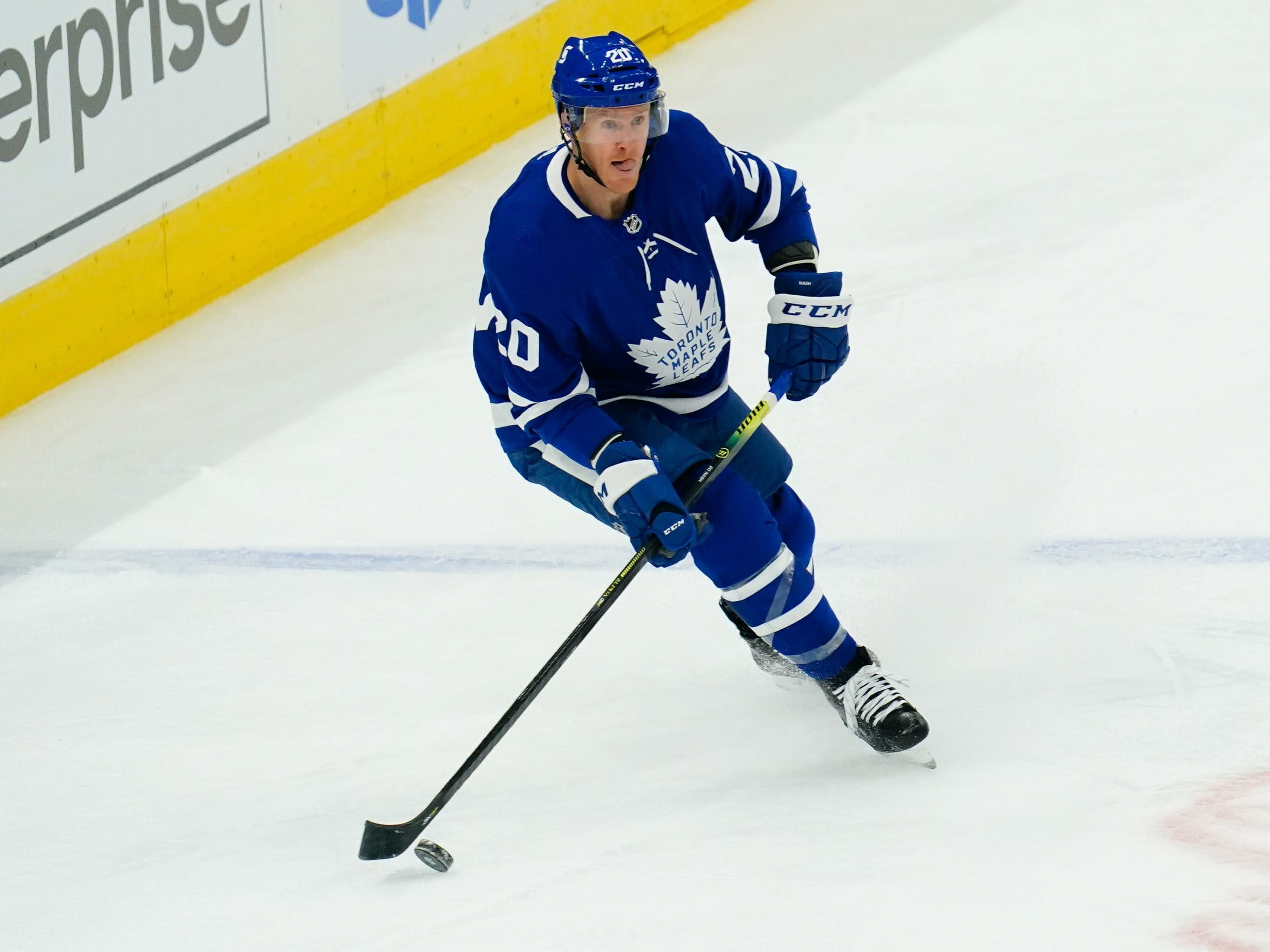 By Angus Hout
1 year ago
We’ve been meeting new members of the Winnipeg Jets these last couple of days, and now it’s time to learn about another newcomer. Next on this list is @Riley Nash, who spent the last couple of seasons with the Columbus Blue Jackets.
Let’s see what he can do during his first season with the Jets.

We’re starting with his early days back in 2006-07, where Nash played his first full season in the British Columbia Hockey League. Nash was a force to reckoned with, as a rookie, he scored 84 points in 55 games and went on to win rookie of the year along with player of the year with the Salmon Arm Silverbacks.
In 2007, a young Nash would be drafted by the Edmonton Oilers at 21st overall, however, he opted not to sign and chose to play college hockey at Cornell University in the NCAA. In his freshman year, Nash won Rookie of the Year honours. In total, he spent three seasons with the Big Red, totalling 96 games, 37 goals and 102 points.
The Oilers ended up trading Nash in 2010 to the Carolina hurricanes for the 46th overall draft pick, which ultimately became @Martin Marincin – yet another loss for their organization. In his first season with the Hurricanes, Nash spent the entire campaign in the AHL with the Charlottesville Checkers, where he scored 14 goals and 32 points. Additionally, he also helped the Checkers advance to the Eastern Conference Finals, registering one goal and four points during that playoff run.
The next season would be the first time that Nash would get to lace his skates in the NHL, although he only played five games and racked up just a single point. During Nash’s time with Carolina, he played a total of 242 games, scoring 31 goals and 81 points.
Nash left the Hurricanes organization after the 2015-16 season, signing a two-year deal with the Boston Bruins. The veteran forward went on to score 21 goals and 57 points in 157 regular season games in black and gold. In the postseason, the 185-pounder made his Stanley Cup Playoff debut, participating in 15 games and scoring just three points.
In the summer of 2018, Nash signed a three-year, $8.25 million deal with the Blue Jackets. Serving as a top-six forward during his first year, the 32-year-old’s season was ended by former teammate @Zdeno Chara in Game Two of the second round in the 2019 Stanley Cup Playoffs. During his second season, Nash played just 64 games and was sent down to the bottom-six group.
During his final season, Nash suffered a significant injury once again, playing just 37 games for the Blue Jackets before being traded to the Toronto Maple Leafs in exchange for a conditional seventh-round pick. Returning for the playoffs, Nash appeared in just a pair of games and didn’t register and single point, and was ultimately granted free agency this past off-season.

Nash is a certified veteran in the NHL. I expect him to be a glue guy for the Jets, potentially on the club’s fourth line, allowing him to mentor the young wingers within that unit. Offensively, I don’t expect Nash to score more than four goals and 12 points this season, it’d also be shocking to watch him play all 82 games as well.
What are your expectations for Nash this season? Will it be his last season in the NHL? Let me know in the comments below.
Uncategorized
Recent articles from Angus Hout